Big penises were for ogres: Why so many classical sculptures are so modestly endowed

David's peter is tiny by design. The Greco-Romans considered a small phallus a sign of intelligence and distinction 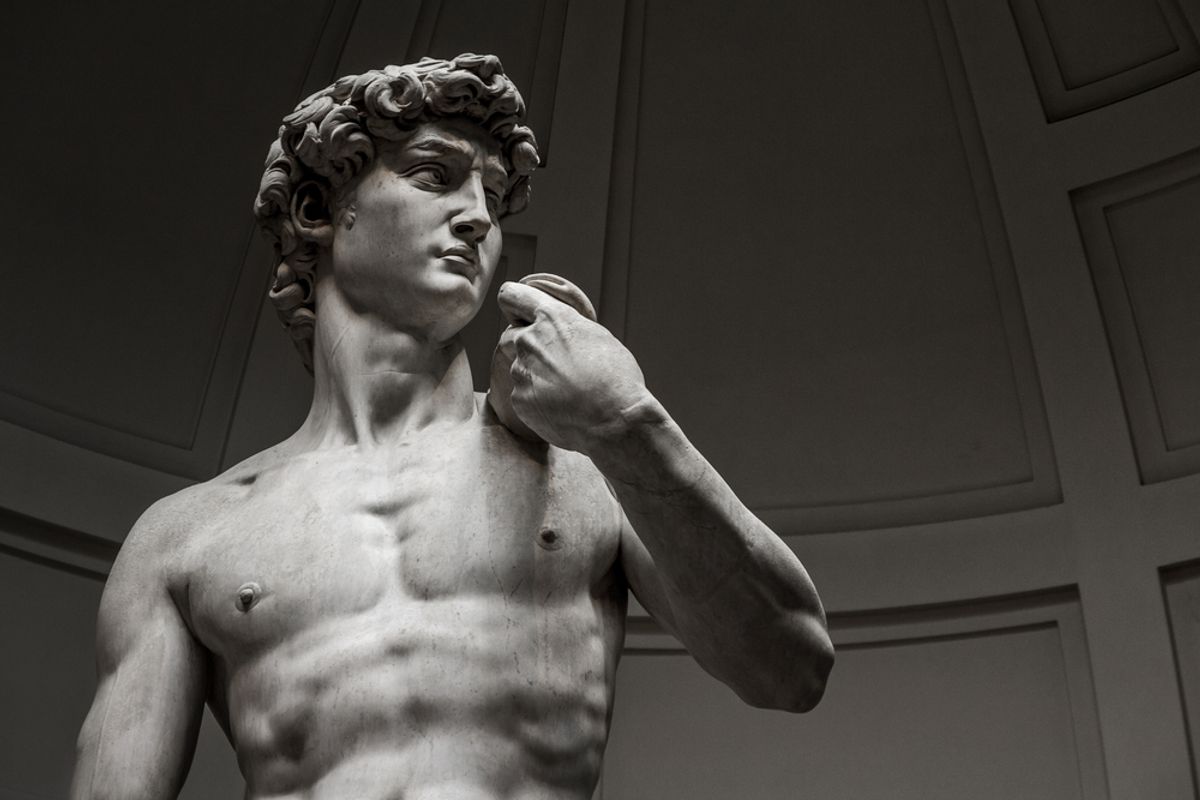 Although recent studies have shown the average penis size doesn’t measure up to popular notions, and that women care less about length than other aesthetic attributes, the idea that penis size matters is everywhere. Marketers capitalize on penis size anxiety by convincing men to shell out for everything from pills to enlargement surgery, which runs between $4,000 to $17,000. (In case you’re curious, Germans opt for the surgery more than anyone else in the world. The U.S. came in way down in ninth place.)

But there was a time when smaller was considered better, and the testament to that sentiment can be viewed in some of the world’s greatest museums. If you’ve ever wondered why classical statues—meaning those of the Greek and Roman varieties—are so modestly endowed, the answer lies in societal views on penis size in those eras. The Greeks believed small penises were a sign of intelligence and cultural distinction. Big penises, conversely, were regarded with disdain, a signifier of a lusty, bestial, lowly sex-ogre with animalistic cravings.

Ellen Oredsson, an art historian and head curator at Bangkok’s Rock Around Asia gallery, explains the role Grecian beauty standards played in the small penises attached to some of the world’s most famous classical sculptures:

Today, big penises are seen as valuable and manly, but back then, most evidence points to the fact that small penises were considered better than big ones. One of the reasons historians, such as Kenneth Dover in his landmark book Greek Homosexuality, have suggested that small penises were more culturally valued is that large penises were associated with very specific characteristics: foolishness, lust and ugliness... Meanwhile, the ideal Greek man was rational, intellectual and authoritative. He may still have had a lot of sex, but this was unrelated to his penis size, and his small penis allowed him to remain coolly logical....The ancient Romans might have been more positive towards large penises, but their sculptures continue the trend of small penises. Later, in Renaissance art, sculptors were very specifically influenced by ancient Greek art and their small penis size.

The Art & Popular Culture wiki noted that “[l]ong, thick penises were considered—at least in the highbrow view—grotesque, comic, or both and were usually found on fertility gods, half-animal critters such as satyrs, ugly old men, and barbarians. A circumcised penis was particularly gross.”

Art historian Oredsson offers examples of this, with images of large-penised figures:

That's a satyr above, and the figure depicted just below it is Priapus (that name should sound vaguely familiar to anyone who's overdone it with the Viagra), a Greek god of fertility. Oredsson notes Priapus was "cursed with a permanent erection, impotence, ugliness and foul-mindedness by Hera" and was "actually so despised by the other gods that he was thrown off Mount Olympus."

Revisiting the smaller penises of many Greek statues, it's worth noting that they're flaccid, which probably accounts for at least some of the smallness. A 2013 Athens University study also pointed out that "many of these images belong to athletes during or immediately after hard exercise with the penis shrunk."

Lawrence Barraclough, who made an entire documentary about living with a small penis, visited with Emma Stafford, senior lecturer in classics at Leeds University in the UK. Presented with a cast of Barraclough's penis, Stafford responded that the Greeks would consider him "the ideal man."