Donald Trump won't stop clowning Chris Christie even while he fundraises on his behalf: "You're not eating Oreos anymore"

"For those who were concerned: I wasn’t being held hostage," Christie now says of his endorsement of his bully 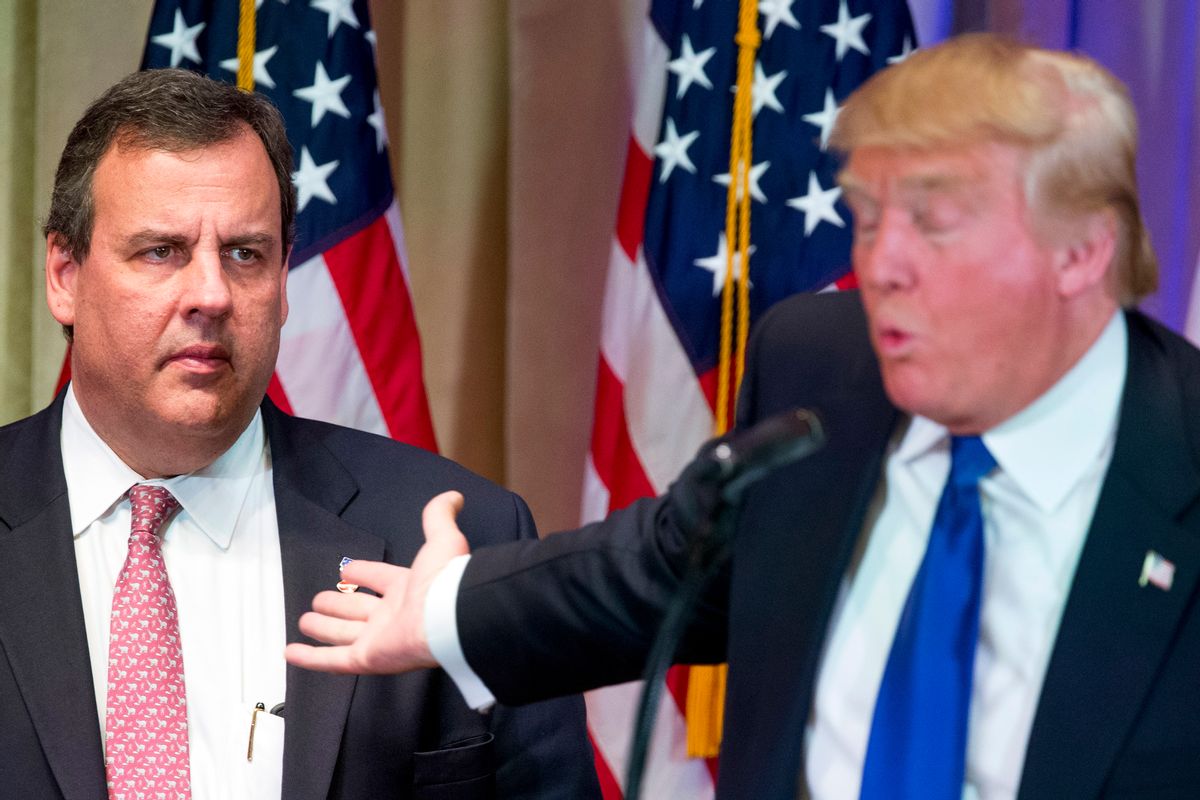 Chis Christie sure does appear to have made some sort of pact with the Devil, enduring humiliating event after event at the side of his former nemesis all while his own constituents continued to express their growing disgust.

"You never ever make a mistake by standing with your friend and Donald Trump is my friend," the New Jersey Governor said of the political novice who beat him in the Republican presidential primary, a role for which he had auditioned for years. At a fundraiser to pay off his campaign debt in Lawerenceville, New Jersey, on Thursday, Christie took advantage of Trump's unprincipled ease with flip-flopping, happily inviting the businessman who pledged to never privately fundraise to do just that.

"So you know Chris paid off his entire campaign debt tonight," Trump said to start off his schtick. The fundraiser raised $400,000 -- Christie only held $250,000 in campaign debt in March.

He then pointed to Christie, who unlike during his endorsement of Trump when he was painfully standing behind the candidate during his acceptance speech was out in the crowd this time, and asked, "You're not eating Oreos anymore, are you?"

"No more Oreos for either of us, Chris. Don't feel bad," Trump added, as the crowd awkwardly laughed.

At a news conference later, Christie referred to that infamous endorsement of Trump was not what America clearly thought it to be.

“I want everyone to know for those who were concerned: I wasn’t being held hostage. I wasn’t upset. I wasn’t angry. I wasn’t despondent," Christie assured reporters.