Israel is "infected by the seeds of fascism" and has been taken over by "extremists," warn ex-prime minister and defense ministers 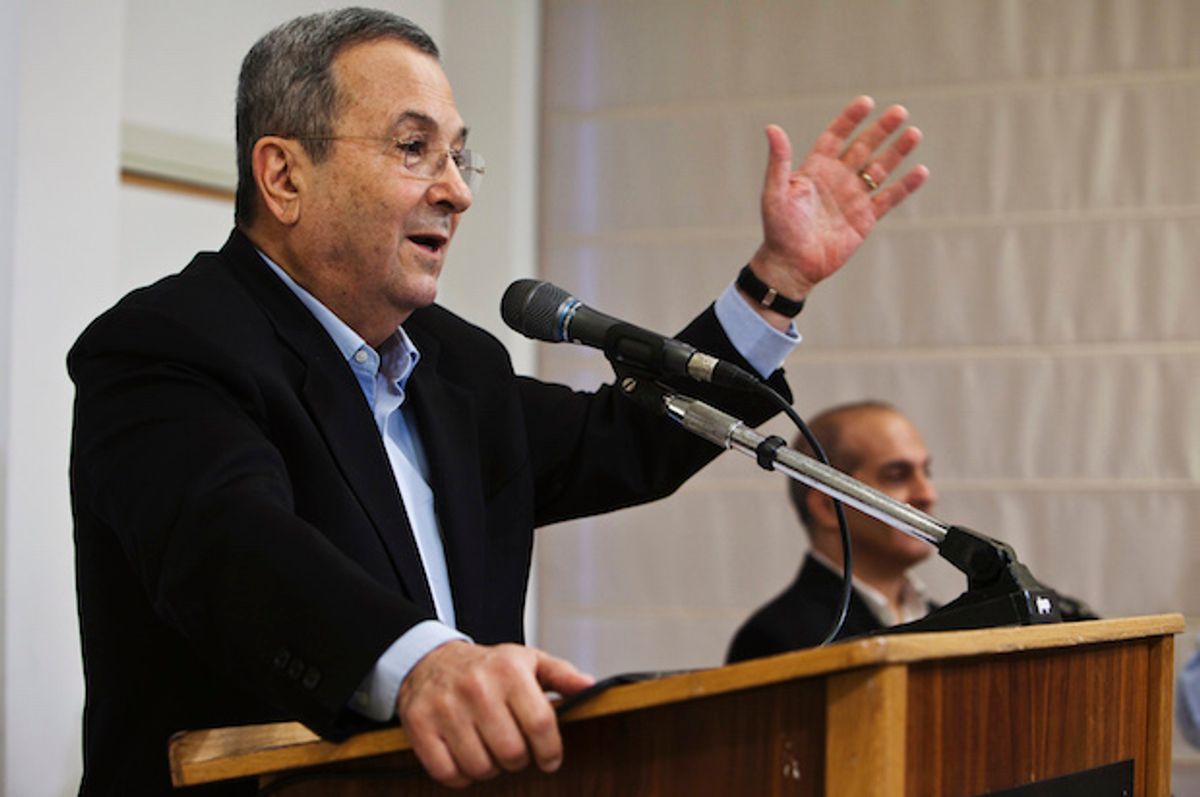 Israel's ex-prime minister has warned that his country is "infected by the seeds of fascism."

Ehud Barak, the former Israeli prime minister and defense minister, said in an interview on Israeli TV on Friday night that fascistic, extreme right-wing politics are on the rise in his country, Israeli newspaper Haaretz reported.

"What has happened is a hostile takeover of the Israeli government by dangerous elements," he cautioned. "And it's just the beginning."

Barak's comments come just weeks after Israeli Maj.-Gen. Yair Golan compared Israel to Nazi Germany in the 1930s, in a Holocaust Remembrance Day speech on May 4.

Defense Minister Moshe Ya'alon resigned on Friday, after hard-line right-wing Prime Minister Benjamin Netanyahu announced that he would be offering the defense minister position to Avigdor Lieberman, one of the most extreme figures in Israeli politics.

Lieberman was compared to ISIS in March 2015 after publicly calling for beheading disloyal Palestinian citizens of Israel.

Explaining his decision to immediately step down, Ya'alon, who is a fellow member of Netanyahu's staunchly right-wing Likud party, warned that "extremist and dangerous elements have taken over Israel."

Former Prime Minister Barak, from Israel's centrist Labor party, said Ya'alon's resignation is "the end of a chain that began with the case of the soldier who shot" a wounded Palestinian assailant who was lying on the ground incapacitated, killing him in an incident in the illegally occupied West Bank that was caught on camera.

In the interview on Israel's Channel 10, Barak cited ultra right-wing legislation that is being pushed by members of the ruling coalition, adding, "This government needs to be brought down before it brings all of us down."

"There are no serious leaders left in the world who believe the Israeli government," the former Israeli prime minister said.

Ex-Defense Minister Ya'alon warned in his resignation speech that "extremist and dangerous elements have taken over Israel and the Likud Party and are shaking the foundations and threatening to hurt its residents."

"Manifestations of extremism, violence and racism in Israeli society," he said, "are threatening its sturdiness and also trickling into the IDF," referring to the Israel Defense Forces, Israel's military.

"Sadly, senior politicians in the country have chosen the way of incitement and segregation of parts of Israeli society instead of unifying it and bringing it together," Ya'alon concluded.

Israelis are often very cautious using the word "fascist," but, as Israeli politics have shifted to the far-right in recent years, more and more people are speaking up.

During Israel’s destructive summer 2014 war in Gaza — in which Israeli veterans admitted they were ordered to kill Palestinian civilians and shot at Gazans because they were bored — renowned left-wing Israeli journalist Gideon Levy warned that he saw the “first signs of fascism” in Israel.

In a column reflecting on 2015, Levy said the year “heralded the start of blatant and unapologetic Israeli fascism.”

Levy noted in a keynote address at a conference in March that “to be a leftist in Israel is a curse.”

At least one prominent far-right Israeli politicians has even identified as a fascist. In 2012, lawmaker Miri Regev boasted in a TV interview that she is “happy to be a fascist.” Regev now serves as Israel's minister of culture.

Israel's justice minister, Ayelet Shaked, is also a extreme right-wing nationalist who has essentially echoed calls for the genocide of Palestinians.