We all made this monster: Donald Trump is a product of America's hollowed-out democracy

Conservatives blame the left's decadence. Liberals blame the right's mob mentality. Both sides are only half right 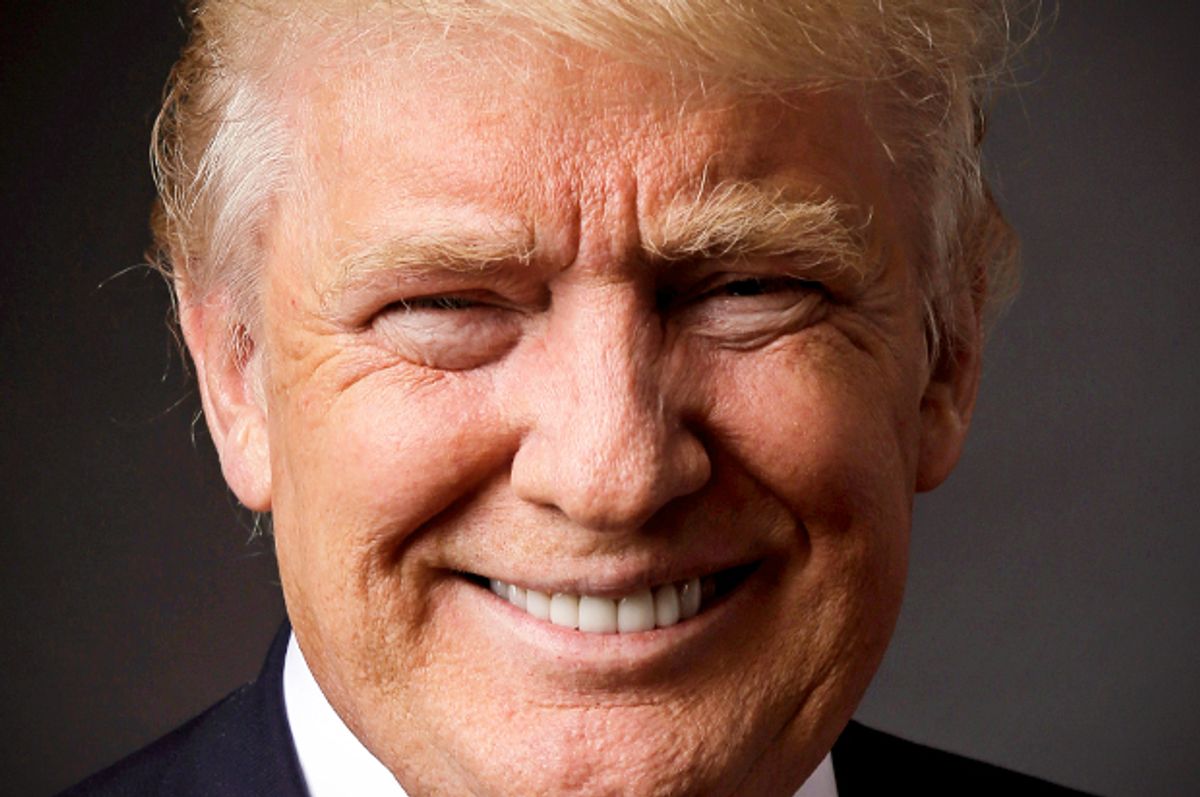 The election news is all about Trump, 24/7, but the crisis that has made his victory a possibility and that would bring tyrannical folly in its wake it isn’t about Trump. It’s about what is happening to the American people.

If you say that we’re all complicit in the doing because, after all, this is a democracy and a marketplace where we’re sovereign as citizens and consumers, I answer that we’re about as sovereign as flies caught in a spider’s web of 800-numbered, sticky-fingered pick-pocketing machines, including most news media, that bypass our brains and hearts on the way to our lower viscera and our wallets.

But why do these machines do that? Who designed and runs them? Why do we put up with their casino-like financing, predatory lending, omnivorous marketing, and deft political blame-shifting, letting them grope us, titillate us, intimidate us, addict us, track us, indebt us, and sell us illusory escapes that leave us too ill to bear our sicknesses or their cures?

We shrink from the answers. Instead we point fingers, fists and even guns at people who are really no more guilty than we. Or we blame the inexorable tides of globalization and technological upheaval. We excuse or, worse, adore the real perpetrators. When we do that, we’re complicit, because there’s still room for maneuver and resistance, and millions of our own children are telling us to seize it.

If you say that that sounds like warmed-over Marxism, I answer that you’re ducking the brave, clear-eyed, civic republicanism of this country’s own founders. When King George III was gone, they took one look at the American people and became obsessed with how a republic ends. History showed them it can happen not with a coup but a smile and a friendly swagger, if enough people tire of the burdens of self-government and can be jollied along into servitude or scared into it, when they've become soft enough to intimidate.

Alexander Hamilton sketched the stakes, writing that history seemed to have destined Americans, "by their conduct and example, to decide the important question, whether societies of men are really capable or not of establishing good government from reflection and choice, or whether they are forever destined to depend for their political constitutions on accident and force."

How might the worst happen? "History does not more clearly point out any fact than this, that nations which have lapsed from liberty, to a state of slavish subjection, have been brought to this unhappy condition, by gradual paces," wrote Founder Richard Henry Lee.

The Founders were all reading Edward Gibbon's then-new account of how the Roman republic had slipped, degree by self-deluding degree, into imperial tyranny. Bad but clever leaders bedazzled citizens out of their liberties by titillating and intimidating them into being bread-and-circus mobs that, as Gibbon put it, "no longer possessed that public courage which is nourished by the love of independence, the sense of national honor, the presence of danger, and the habit of command. They received laws and governors from the will of their sovereign and trusted for their defense to a mercenary army."

Gibbon added that Augustus, the first emperor, "wished to deceive the people by an image of civil liberty, and the armies by an image of civil government" and that he knew that "the senate and people would submit to slavery, provided they were respectfully assured that they still enjoyed their ancient freedom."

Campaigning in an open shirt, as it were, "that artful prince humbly solicited their suffrages for himself, for his friends and scrupulously practiced all the duties of an ordinary candidate.” Rome became "an absolute monarchy disguised by the forms of a commonwealth," in consequence not of conspiracy but of a convergence of deeper, swifter currents that had sapped people's republican virtues and beliefs.

Knowing this, John Adams warned Americans that, "[w]hen the people give way, their deceivers, betrayers, and destroyers press upon them so fast, that there is no resisting afterwards. The nature of the encroachment upon the American Constitution is such as to grow every day more and more encroaching. The people grow less steady, spirited, and virtuous, the seekers more numerous and more corrupt, and every day increases the circles of their dependents and expectants until virtue, integrity, public spirit, simplicity, and frugality become the objects of ridicule and scorn, and vanity, luxury, foppery, selfishness, meanness, and downright venality swallow up the whole society."

And here we are. Conservatives blame liberals for summoning “movements” that turn citizens into “takers.” Liberals blame conservatives for turning them into stupefied consumers and mobs. Each side is only half right – right only about how the other side is wrong.

Let’s stop listening to such one-sided thinking. The novelist D.H. Lawrence wrote that “it is the business of our Chief Thinkers to tell us of our own deeper desires, not to keep shrilling our little desires in our ears.” The founders understood that a republic needs an open, circulating elite of “disinterested” citizen-leaders who rise above private interests in wealth and power and tribal loyalties to inspire and, yes, support others in looking beyond narrow self-interest to accomplish things together that they couldn’t achieve alone.

A Marxist would say that anyone who expects to nurture such leaders in a capitalist society is naïve or lying. But Americans still stand up for the civic-republican promise every day, whether as participants in street demonstrations, as school board or corporate board members who say, “Now wait a minute, let me make sure I understand what this proposal is based on and what it requires….,” or as jurors who quiet the ethno-racial voices in their heads to join others in judging the evidence alone.

Americans do this not by following strongmen or bureaucrats or radical pronouncements of the General Will or promulgations of religious doctrine or esoteric philosophy but by acting as citizens, in ways I’ve just mentioned. But now we need to take another step and summon these skills against our own bought-and-paid-for legislators and against the machines that are distracting and stupefying us.

To do that, we need to find and sustain public leaders who can encourage more of us (emphasis on the “courage” in that word) and teach us to be citizens again, not consumers or mobs. The Republican Party is lost to a would-be tyrant. The only Democratic Party candidate telling the truth instead of triangulating between oppressors and the oppressed is the one who has spent his political life as an Independent. And the truth is that the casino-like financing, predatory lending, and omnivorous marketing that have given us a casino financer and predatory self-marketer as the Republican nominee constitute an American regime that is illegitimate, unsustainable, and delusional.