Overtime is probably the only issue where U.S. PIRG takes the same stance as House Speaker Paul Ryan 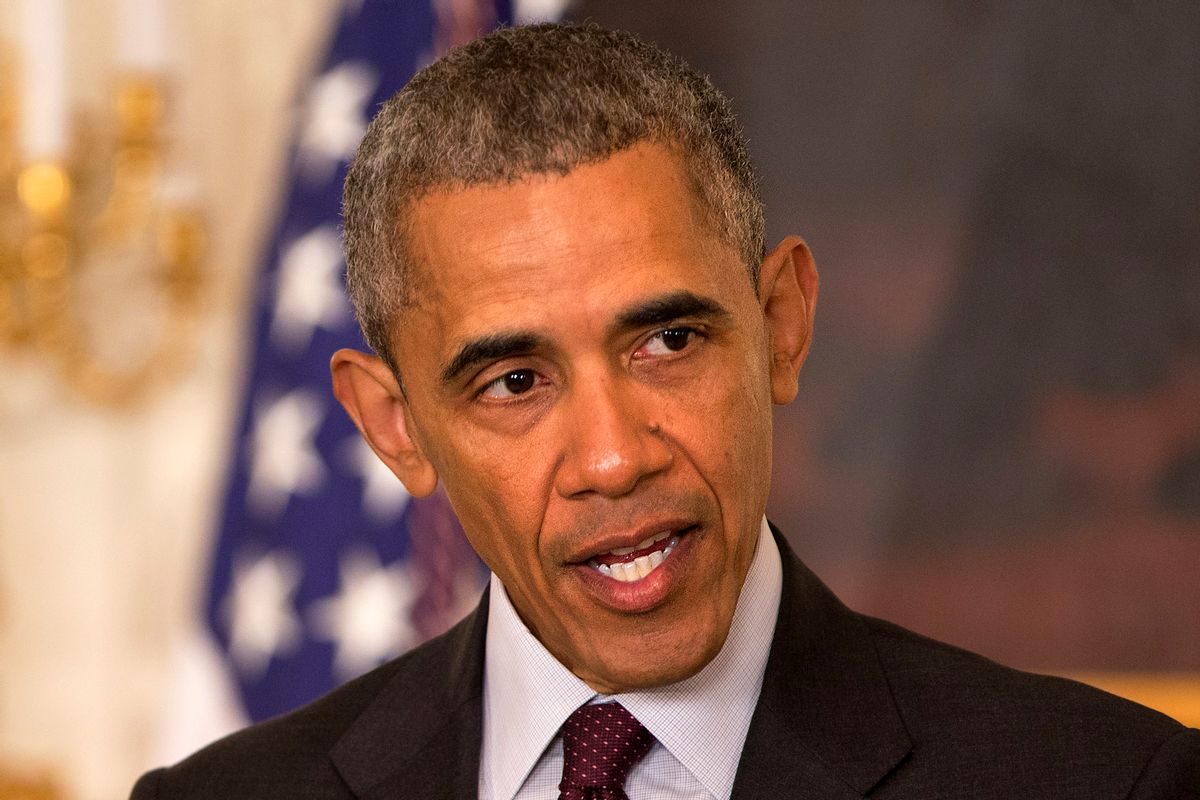 President Barack Obama speaks in the State Dining Room of the White House in Washington, Wednesday, March 30, 2016. President Barack Obama is commuting the prison sentences of 61 people serving time for drug-related offenses. The White House says more than a third of the inmates were serving life sentences. Obama's commutation shortens their sentences. Most will be released July 28. (AP Photo/Jacquelyn Martin) (AP)
--

U.S. PIRG, a coalition of state nonprofits around the U.S., have come out against Obama's new overtime rule for people who work over 40 hours a week, The Huffington Post reports.

The new rule aims to expand the number of workers eligible for overtime pay by raising the salary threshold — the current threshold is $23,660 per year, but will rise to  $47,500.

U.S. PIRG's states that by updating the rules, the Obama administration has instead given employers an ultimatum: Either limit the workers’ hours to 40 per week, or pay them time-and-a-half for any extra hours.

The White House puts estimates that an additional 4.2 million workers will be covered by the new law who currently don’t qualify.

“Organizations like ours rely on small donations from individuals to pay the bills. We can’t expect those individuals to double the amount they donate,” the group said in its statement. “Rather, to cover higher staffing costs forced upon us under the rule, we will be forced to hire fewer staff and limit the hours those staff can work – all while the well-funded special interests that we’re up against will simply spend more” (emphasis theirs).

Overtime is probably the only issue where U.S. PIRG takes the same stance as House Speaker Paul Ryan (R-Wisconsin). Ryan even singled out the group when he spoke against the rule, stating it would hurt nonprofits. Corporate America has unsurprisingly blasted the rule as a job killer, enlisting Congressional Republicans to veto it.

U.S. PIRG was originally founded by consumer advocate Ralph Nader. According to its mission page, the group “stands up to powerful special interests on behalf of the American public, working to win concrete results for our health and our well-being.”