Questlove defends Madonna's Prince tribute from haters: "Every Prince rendition will not be a life changing orgasmic xperience"

Not everyone on social media was pleased with Madonna's performance 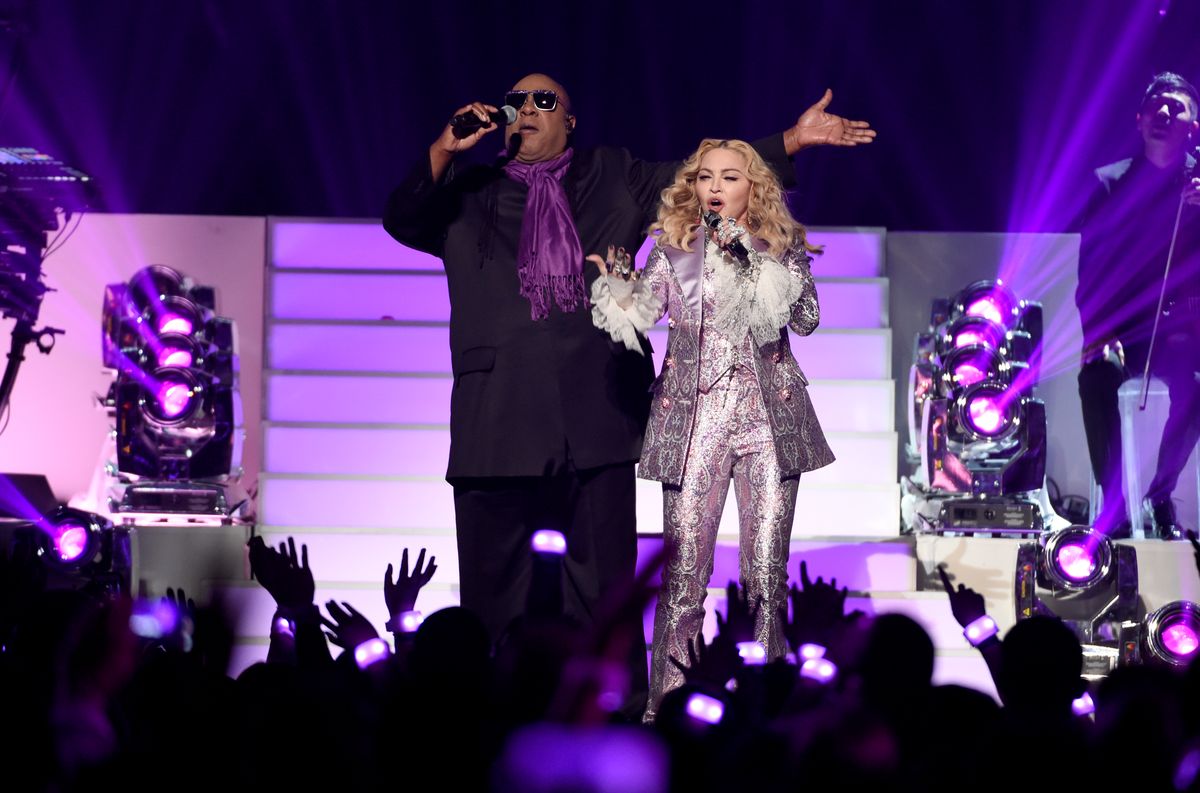 Stevie Wonder, left, and Madonna perform a tribute to Prince at the Billboard Music Awards at the T-Mobile Arena on Sunday, May 22, 2016, in Las Vegas. (Photo by Chris Pizzello/Invision/AP) (Chris Pizzello/invision/ap)
--

Madonna's tribute to Prince at Sunday's Billboard Music Awards was bound to be controversial.

When word got out that Madonna would honor The Purple One last week, the choice was met with criticism from skeptical fans. Though Madonna and Prince were contemporaries and collaborators (and may have even briefly dated in the '80s), their relationship was marked by a minor feud that left many feeling a Madonna-led homage was less than appropriate.

But despite a failed Change.org petition lobbying for a "proper tribute," Madonna took the stage as planned Sunday evening.

Roots drummer Questlove introduced the performance with a poignant speech. “On April 21st, we lost Prince," he said. "I say ‘we,’ because it affects us all, and no matter what kind of music we make, no matter how long we have made it, no matter our race, our color, our creed, our sexual orientation – all of us live in the land of music. And his departure from it was an earthquake."

A stately purple throne rotated onstage to reveal Madonna, wielding a cane and wearing a Prince-inspired periwinkle suit accented with lacy ruffles. Madge's opener, "Nothing Compares 2 U," raised some eyebrows—though penned and recorded by Prince, the song is more closely associated with Sinéad O'Connor's hit version.

She was then joined by surprise guest Stevie Wonder for a show-closing performance of "Purple Rain" that had the crowd at Las Vegas's T-Mobile Arena on its feet and singing along.

Backstage cameras caught Céline Dion loving the performance, but not everyone was so pleased.

Shortly after the performance aired, BET slammed Madonna in a promotional tweet for its own upcoming awards show. "Yeah, we saw that," the post read. "Don't worry. We got you."

As fans aired their complaints, Questlove emerged to defend Madge, urging fans to withhold their ire in a long string of tweets:

Watch a clip of Madonna's performance below and judge for youself: