The show was performed in Central Park 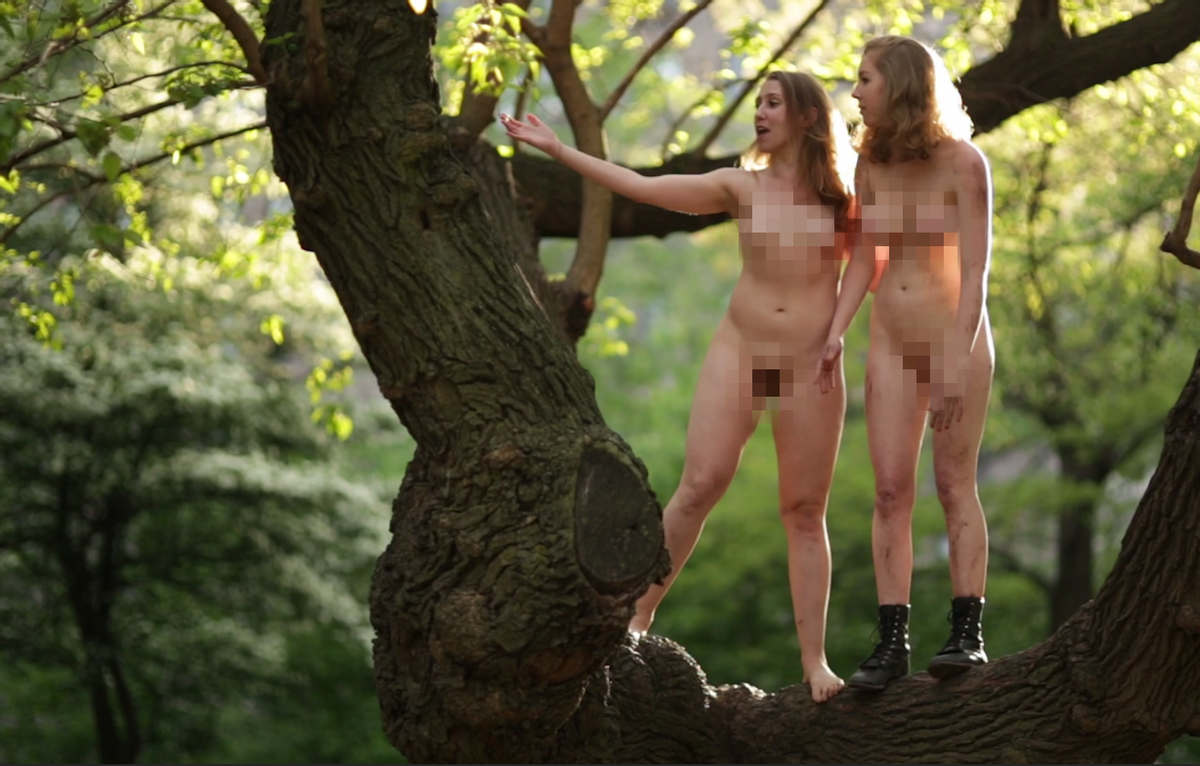 Members of Outdoor Co-ed Topless Pulp Fiction Appreciation Society put on a production of Shakespeare's "The Tempest" — and the actors were all female and all nude.

The show, that took place in a secluded spot in Central Park on May 19 and 20, was protected by a New York City law that allows you to be fully nude — as long as it is done in the name of art.

Nudity makes sense in "The Tempest," a story of 12-year exiles on a Caribbean Island who are always naked and the more "civilized" characters who wash ashore the island after a storm capsizes their ship. The clothed newcomers begin in costume but later shed their "skins" as they become more involved with the locals and their way of life.

"You have to do naked for something other than shock value," said Kara Lynn who played Ferdinand in the play. "In the show nudity is about feeling free enough to shed your old world values."

Watch our video for a peek at the show and interview with the actors and director.