It's not just Bill Cosby: It takes a village to exploit women — and to keep it all quiet

For decades, the comic kept his reputation clean thanks to enablers, press and handlers 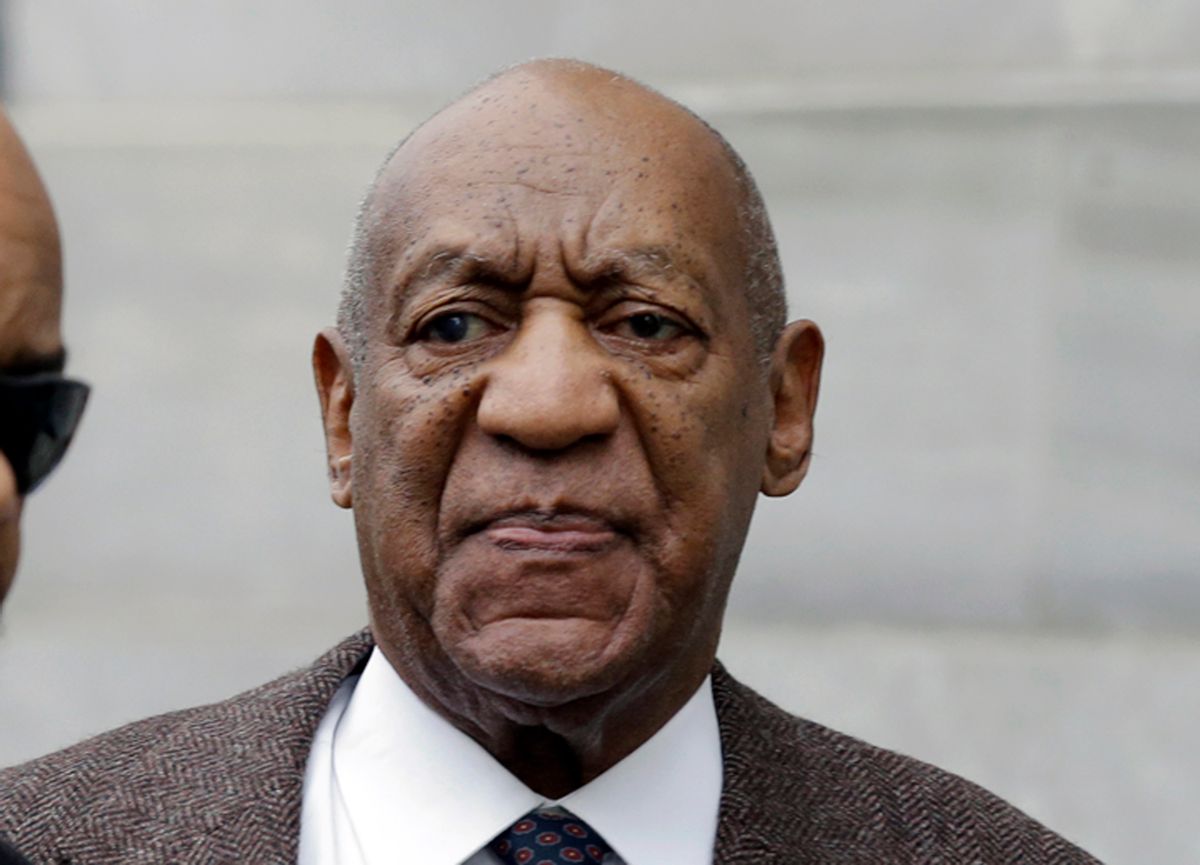 FILE - In this Feb. 3, 2016 file photo, actor and comedian Bill Cosby arrives for a court appearance in Norristown, Pa. Cosby's lawyers are scheduled to argue Monday, Feb. 29, 2016 in Los Angeles that a defamation lawsuit by model Janice Dickinson should be dismissed because she has told differing accounts of a 1982 incident with the comedian. Dickinson has recently said Cosby drugged and raped her in Lake Tahoe, Calif., in 1982, but Cosby's attorneys say her earlier descriptions of Cosby getting angry after she refused to sleep with him show that she is lying and her lawsuit cannot continue. (AP Photo/Mel Evans, File) (AP)
--

As Bill Cosby, after decades of rumors and allegations, faces at last actual criminal sexual assault charges, one of the many, many unsettling questions his lengthy narrative now raises is — who else may be complicit in the terrible things he's accused of?

On Monday, the Associated Press released portions of Cosby's depositions from former Temple University employee Andrea Constand's 2005 complaint against him -- and the words are chilling. In 2004, Constand met with her university's most famous graduate at his home in Elkins Park. In a now familiar story , she said he gave her pills — he claims they were Benadryl; she says they rendered her semiconscious — and that Cosby touched her and made her touch his genitals. In his deposition, he admitted giving her pills because she seemed "stressed," and then, "I don't hear her say anything. And I don't feel her say anything. And so I continue and I go into the area that is somewhere between permission and rejection. I am not stopped."

Constand, who is gay and had a girlfriend at the time of the incident, by the way, filed a suit against him that was eventually settled out of court — though the disclosure of information from the case has been a source of back and forth contention between the two parties ever since. In a 2005 interview with the National Enquirer, Cosby stated, "I’m not saying that what I did was wrong, but I apologize to my loving wife, who has stood by my side for all these years, for any pain I have caused her."

But many believe he's got a lot more to apologize for. For starters, Cosby says he did that Enquirer interview in exchange for the paper killing a story about another woman, Beth Ferrier, who'd come forward to say he'd drugged and assaulted her. Not that you'd expect a boatload of journalistic integrity from the National Enquirer, but let that sink again. There are human beings who draw a salary here, making choices about ignoring the claims of a woman who said she was sexually assaulted, because they could trade up for an interview with a celebrity. Robin Mizrahi, the reporter who wrote the story, told the Guardian last year that "I did unflinching reporting, but they didn’t publish it."

And then let's consider some of the other recently revealed details from Cosby's depositions. Not just that Cosby admitted to giving quaaludes to then 19 year-old Therese (Picking) Serignese before an encounter with her in 1976, and his admission that "I don't know" if she could consent to sex after he'd given her quaaludes. There's his recollection that "an agency" would send "five or six" models to his studios each week, for "a very, very good meal" or more — like the girl who met him when she was 17, and who later in their relationship, he admitted he had masturbate him. There's the way he said that he offered "educational trusts" and the like for women like Therese Serignese — money that the AP says "would flow through his representatives at the William Morris agency" to disguise the nature of the payments.

It's difficult to gauge the exact extent of cooperation Cosby had in his exploits, but it certainly seems like it took a village to keep his activities going unchecked for as long as they did. The "agency" that sent over girls, apparently unquestioningly. The money handlers. The editors and publishers who chose not to cover the persistent hum of accusations. Last year, former NBC employee Frank Scotti came forward to the Daily News to say that for years during the run of the "Cosby" show, he'd stood watch outside the star's dressing room while he had women in it with him, that he'd dispensed payments to them. But he said that while "I was suspicious that something was going on. Why else would he be sending money?" he didn't imagine anything darker behind the goings on. "He had everybody fooled," he said. "Nobody suspected."

Yet how, in light of all the rumors, all the whispers, all the women who tried for decades to tell their account of events and were ignored and disbelieved, could that have ever been possible? And is that Bill Cosby really had everybody fooled, or is it just that the activities of a famous man with a lot of people on his payroll were — until today — impervious to scrutiny?