Mckesson repeatedly tried to tell her how Officer Edward Nero was complicit, but she didn't want to hear it 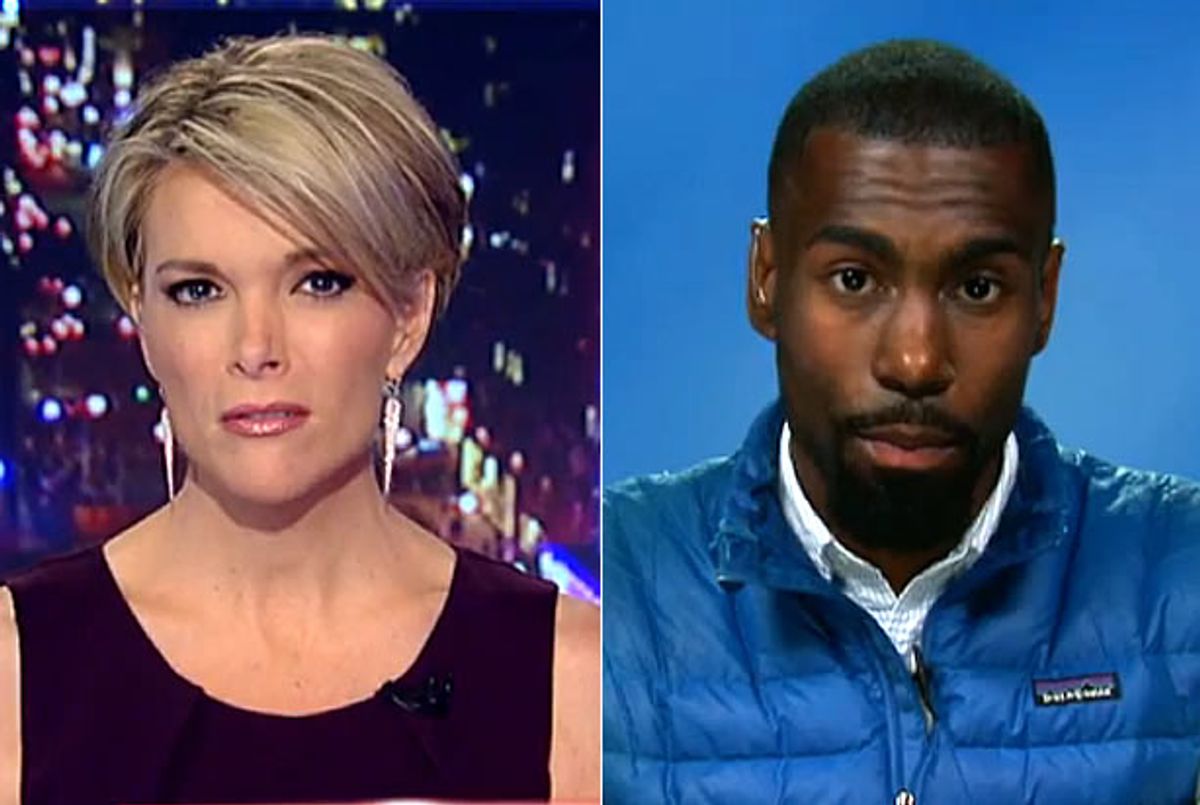 As Mckesson reminded Kelly, Gray was targeted by police, tossed into the back of a police van, and emerged from it with a broken spine. Kelly shot back that the judge found that Officer Nero was not complicit in Gray's death, and asked what, specifically, he had done wrong.

"He had virtually no interaction" with Gray, she said, "What did he do that was wrong?"

Mckesson replied that the court merely said that Officer Nero had committed no crime under current Maryland law, but that he looked forward to the administrative review to be carried out by the Baltimore Police Department -- which, he also noted, has not publicly supported any of the officers involved in the case.

He also stated that "Freddie Gray never should have been stopped," and that "he was no threat to the officers -- the officers were a threat to Freddie Gray." Mckesson then repeated that he hoped an administrative review would lead to policies that would allow officers to be punished for gross miscalculations in judgment like the ones that led to Gray's arrest.

Kelly found that thought abhorrent. "Don't you see the danger to the community if we start locking up cops for exercising poor judgment?" she asked.

Mckesson replied that the system, as currently constructed, "guarantees officers will not be held accountable for their actions," which prompted Kelly to ask, yet again, "What did [Officer Nero] do that was wrong?"

When Mckesson tried to answer, she quickly cut him off and ended the segment.