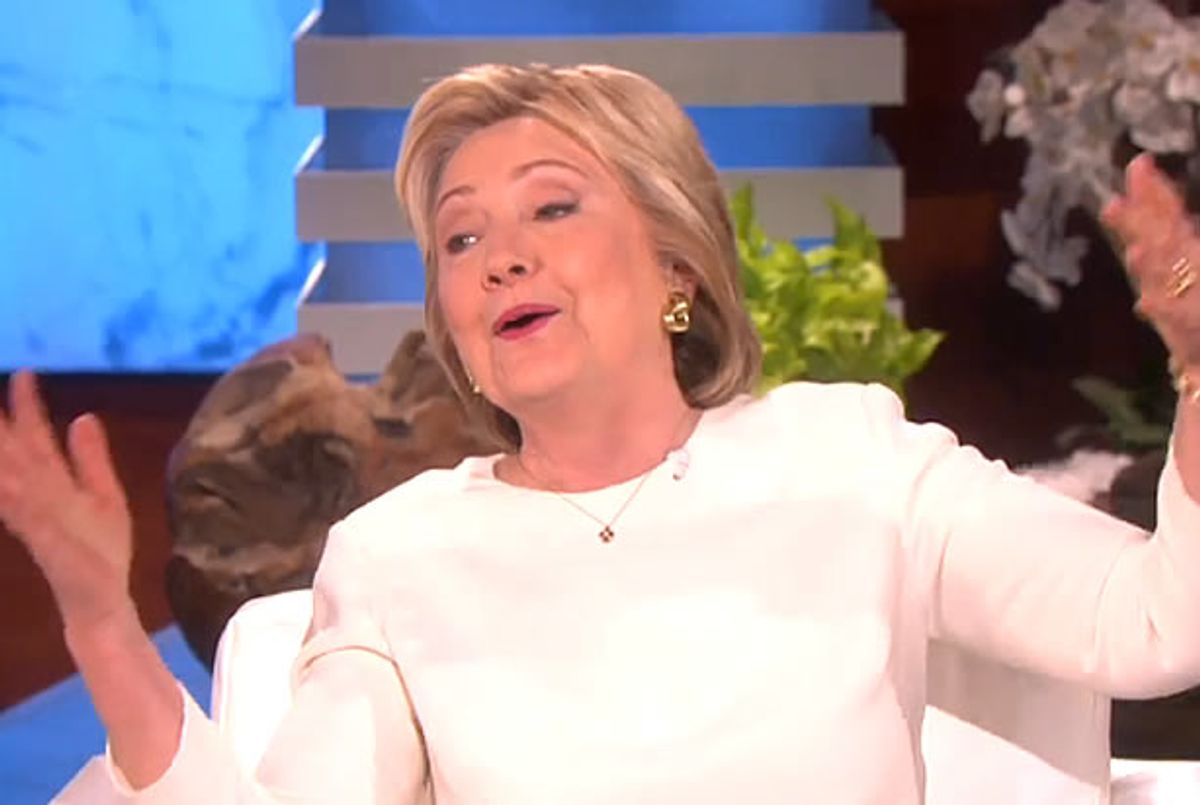 Democratic front-runner Hillary Clinton appeared on The Ellen DeGeneres Show Wednesday for a wide-ranging interview and a few rounds of a game Ellen called "Who'd You Rather? VP Edition."

During the interview segment, Clinton told Taylor Swift that she has seen parts of Beyoncé's controversial "Lemonade," "and I do like it, it's great."

The more interesting segment involved her participation in Ellen's "Who'd You Rather?" game, in which she was given two choices for potential vice presidents and asked, well, who'd she rather run with.

Again, Beyoncé seemed to come out on top, beating out Leonardo DiCaprio, Drake, Chewbacca Mom, and Bradley Cooper, before ultimately succumbing to the one person the singer is more than happy to be defeated by -- First Lady Michelle Obama.

Watch the entire segment below via EllenTube.