Kelly tweets the contact information for a woman allegedly having an affair with her dad, and mom Sharon laughs 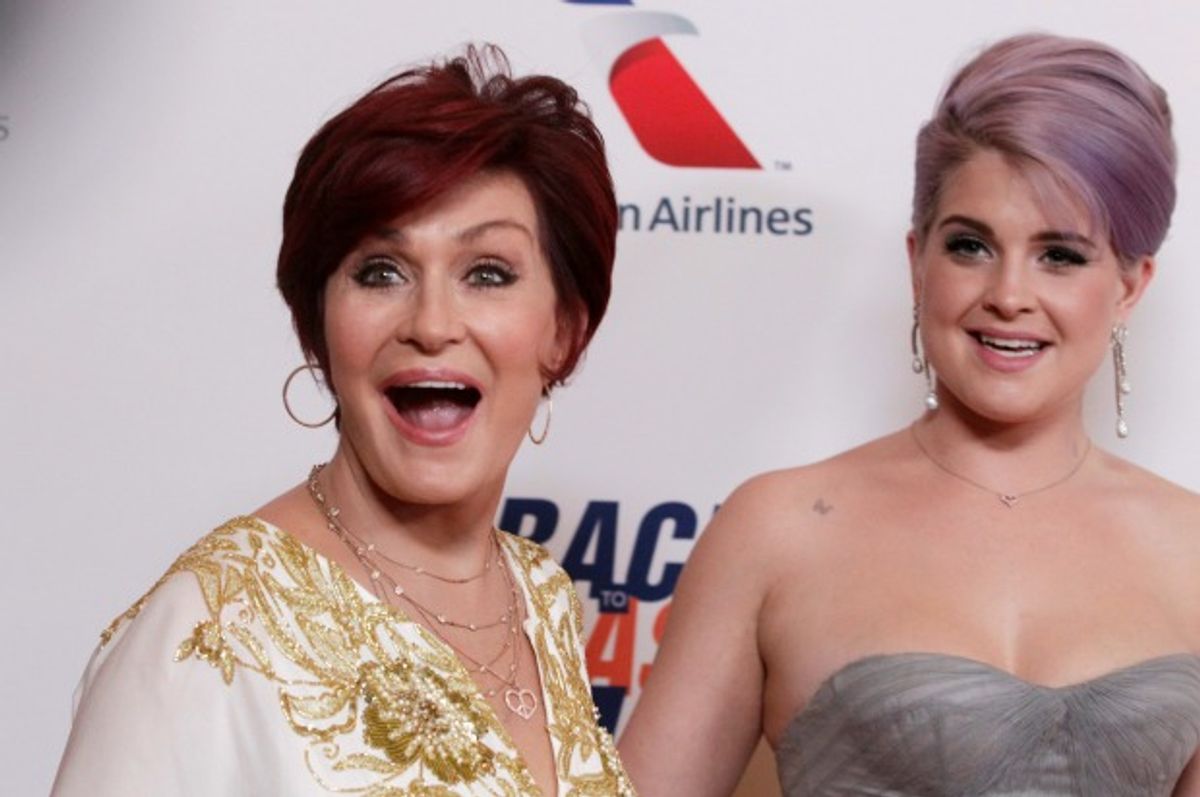 There are myriad ways to be dramatic and dysfunctional and make a career out of it, as any reality TV veteran knows. But, Kelly Osbourne, I promise there are better ways to get attention than doxxing and slut shaming.

The distressing part of this tantrum is that the tweet has been shared more than 2,000 times. The somewhat encouraging part is that plenty of people noticed what a corrosive act it was, and called Osbourne out on it. But she's digging in her heels. When a follower tweeted back suggesting, "hate your father not the woman.. HE did this 2 ur family ... Again," Osbourne lashed out, saying, "are you in my family? NO YOU ARE NOT YOU HAVE NO IDEA WHAT SHE DID! So keep ur high-mighty opinions to yourself!" When another woman asked, "why would it only be one persons fault??? It takes 2 to tango - both guilty. She knew he was married," she replied, "my father is almost 70 ever heard of elder abuse?"

Frankly, I'm not sure how oral sex qualifies as elder abuse, but maybe there are a few details missing. And to the man who told her, "you've learned nothing and still remain a bully. unbelievable. well take this, maybe your family divorcing is karma," she shot back, "you may pee and tweet sitting down but your mouth is full of s__t!!!!"

Her mom Sharon, meanwhile, hasn't done much to discourage the drama — on "The Talk" Tuesday, co-host Julie Chen read Kelly's tweet and asked, "What is your response to all of this?" Mrs. Osbourne replied, "Kelly has the best sense of humor ever. And you know what? In cases like this what can you do but laugh? What are you going to do? Be angry with her because she loves her mum and dad and wants us to be together? She loves us. She can do what she wants, she's an adult."

How about, tell your 31 year-old overgrown child that it's not an act of loyalty or love to set loose the dogs of imaginary Internet justice on a private person, regardless of whether or not she performed a sex act on your dad? How about, take a stand against harassment? How about, say that you don't condone that behavior? Because seriously, of all the answers to "What can you do?" about online bullying, the worst is "Laugh."

The woman herself has already had her name and photo splashed all over the tabloids. She's been pursued by paparazzi and had gossip rags speculate over her personal finances. She's set her social media accounts to private. And when you consider the enduring amount of harassment that women face every day online, it's despicable to participate in and encourage it. It's particularly despicable to do it over what appears to have been private, consensual behavior. And it's ironic that Osbourne's Twitter bio declares that "You DON'T have to LIKE everyone! You DO have to LOVE everyone!" when she's peddling such blatant hatred.