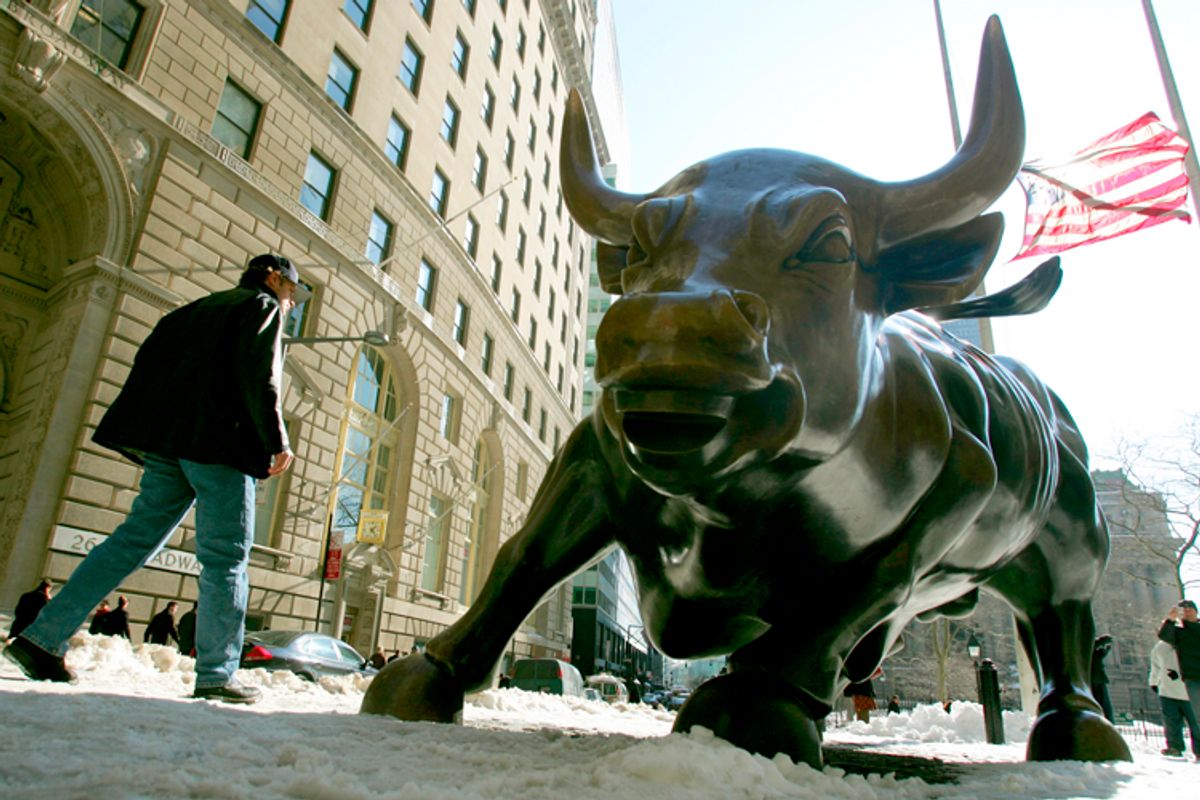 What the hell happened to Occupy Wall Street?

After the Great Recession of 2008, the climate was ripe for populism. Americans were pissed off. The same people who wrecked the economy were, once again, rewarded for their recklessness. The logic of “too big to fail” made sense, but the reality was that these institutions were too big for justice. Necessary or not, the bailouts were an affront to the people whose livelihoods were plundered by the banks.

In August of 2011, Occupy Wall Street was born. Initially a small protest in Zuccotti Park, just outside the Financial District in Manhattan, Occupy became a rallying point of sorts. It changed the conversation, gave us the language of the 1 percent and the 99 percent. The issues they raised – income inequality, financial corruption, bank reform, debt forgiveness, speculative trading, a higher minimum wage – became part of the Zeitgeist but the group itself faded from public view.

Occupy Wall Street didn't so much fail as fracture into various groups and causes. After the protest was disbanded and the media moved on, the energy unleashed by Occupy was applied to other grassroots movements. Fast-food workers and Walmart employees across the country capitalized on the momentum in their fight for livable wages, to take one example. But Occupy, as a centralized protest movement, died a relatively quick death.

There's good news, however. We now have what appears to be a reincarnation of Occupy Wall Street, only this time it's much bigger than a band of protesters in the park. A new group, called Take on Wall Street, has emerged with the explicit goal of leveraging populist fury into meaningful financial reform.

According to The Washington Post, the group “plans to combine the efforts of some of the Democratic Party's biggest traditional backers, from the American Federation of Teachers and the AFL-CIO to the Communication Workers of America...to turn the public's lingering anger at the financial sector into policy initiatives that could change the way that Wall Street works.”

Among other things, the group wants to institute a new version of the Glass-Steagall, which separated commercial and investment banking but was repealed in 1999. They also want to close tax loopholes for money managers, end “too big to fail banking, eliminated predatory lending practices, and tax speculative trading. “We are going to make this an issue in congressional races,” said Richard L. Trumka, president of AFL-CIO. “No one will be able to run from this.”

The success of Bernie Sanders – and to a lesser extent, Donald Trump – suggests the public is still primed for an Occupy-like movement. The banks are larger now than they were before the bailouts, and the stench of corruption persists. As Lisa Donner, executive director of Americans for Financial Reform, put it, “the tone of the election as reminded many people just how deeply felt the frustration and anger is about the way that Wall Street has shaped the economy in its own interest.”

Take on Wall Street has already received the endorsement of Sen. Elizabeth Warren. “This will not be an easy fight,” Warren said Tuesday. “Wall Street has money – they have money and access to a lot of senators and congressmen. We are in this fight because someone has to be willing to fight back – and that's us.”

Take on Wall Street will surely face resistance in Washington. There's a reason the banking industry operates with impunity. The people who own the country, to paraphrase John Jay, also govern it. But reform is possible. Grassroots protests are important, but an organized coalition of interest groups is essential. Take on Wall Street appears to be just that. If the momentum they're building extends beyond 2016 and this year's presidential election, some of the systemic changes sought by the original Occupy movement might be realized. In any event, this is a step in the right direction.