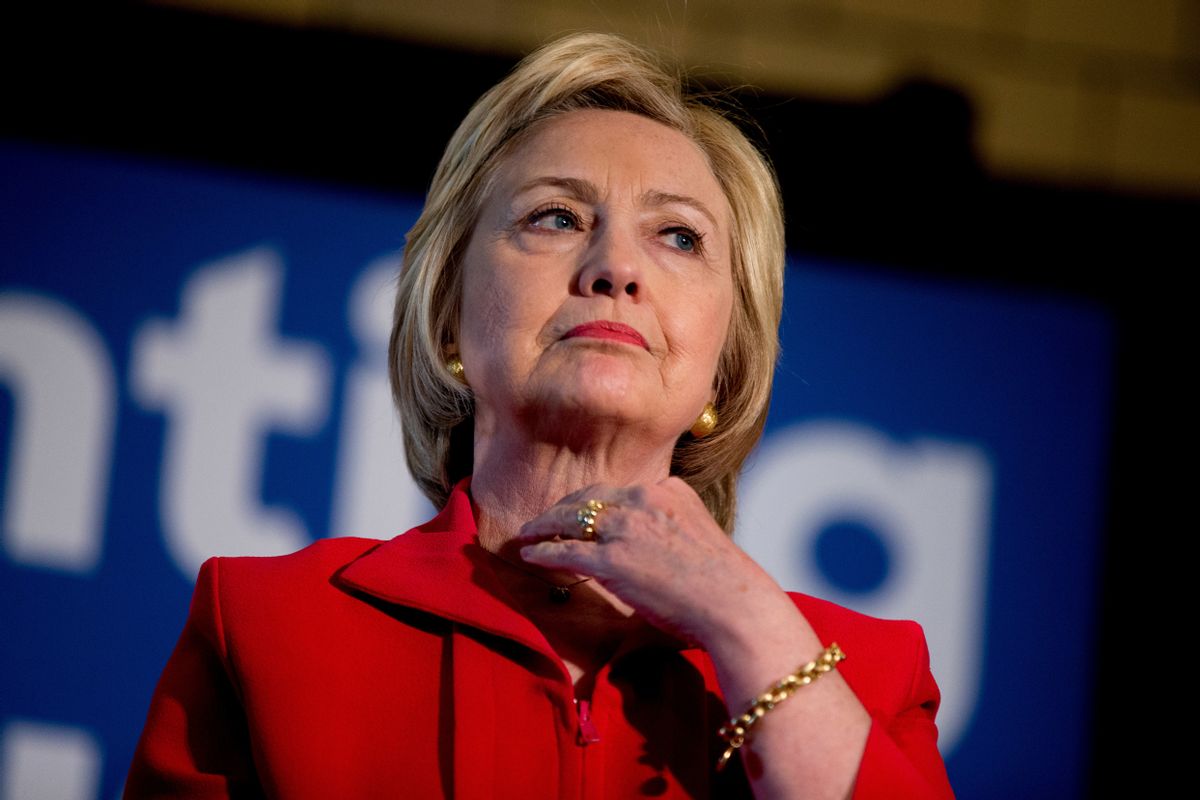 In this May 16, 2016 photo, Democratic presidential candidate Hillary Clinton waits to speak at a get out the vote event at La Gala in Bowling Green, Ky. Hillary Clinton has a message for Donald Trump: Bring it on. As Clinton's path to the Democratic nomination seems all-but-assured, friends, aides and supporters describe a candidate who is not only prepared to tune out Trump's increasingly direct attacks on her husband's personal indiscretions but believes they will eventually benefit her presidential aspirations. (AP Photo/Andrew Harnik) (AP)
--

Hillary Clinton ignored various State Department guidelines and violated federal records rules with the use of a private email server while she was secretary of state, according to a State Department audit released to lawmakers on Wednesday.

The State Department inspector general concluded that Clinton, like some of her predecessors, did not comply with the agency’s policies on records and record keeping.

The Associated Press obtained a copy of the inspector general's 78-page report that found, based on interviews with current Secretary of State John Kerry and his predecessors – Madeleine Albright, Colin Powell and Condoleezza Rice -- that the agency has "longstanding, systemic weaknesses" with records that "go well beyond the tenure of any one Secretary of State.”

Still, "at a minimum, Secretary Clinton should have surrendered all emails dealing with Department issues before leaving government service," the report argued. "Because she did not do so, she did not comply with the [State] Department's policies that were implemented in accordance with the Federal Records Act."

"Secretary Clinton should have preserved any Federal records she created and received on her personal account by printing and filing those records with the related files in the Office of the Secretary,” the report stated.

Neither Clinton nor her deputies agreed to be interviewed for the inspector general's investigation.

Of course, Clinton set-up her own personal server to host her email outside of the state department apparatus. She has since argued that because most of her emails were sent to people on the State Department system, she was actually complying with a federal law that requires the preservation of government records.

Not so, said the inspector general's audit.

"Sending emails from a personal account to other employees at their Department accounts is not an appropriate method of preserving any such emails that would constitute a federal record."

The report says Clinton should have printed and saved her emails during her four years in office or surrendered her work-related emails immediately upon stepping down in February 2013.

According to the report, none of the senior State Department officials in charge of information security were asked to approve Clinton's private email set-up beforehand, as they would have likely objected because of security risks. Although, according to the Washington Post, the report found that "a top Clinton aide was warned in 2010 that the system may not properly preserve records but dismissed those worries, indicating that the system passed legal muster. But the inspector general said it could not show evidence of a review by legal counsel."

The report said the department and its secretaries, also directly calling out former secretary of state Colin Powell's use of email, were "slow to recognize and to manage effectively the legal requirements and cybersecurity risks associated with electronic data communications, particularly as those risks pertain to its most senior leadership."

The State Department's internal review is not related to the ongoing FBI investigation into the the setup of Clinton's private server.