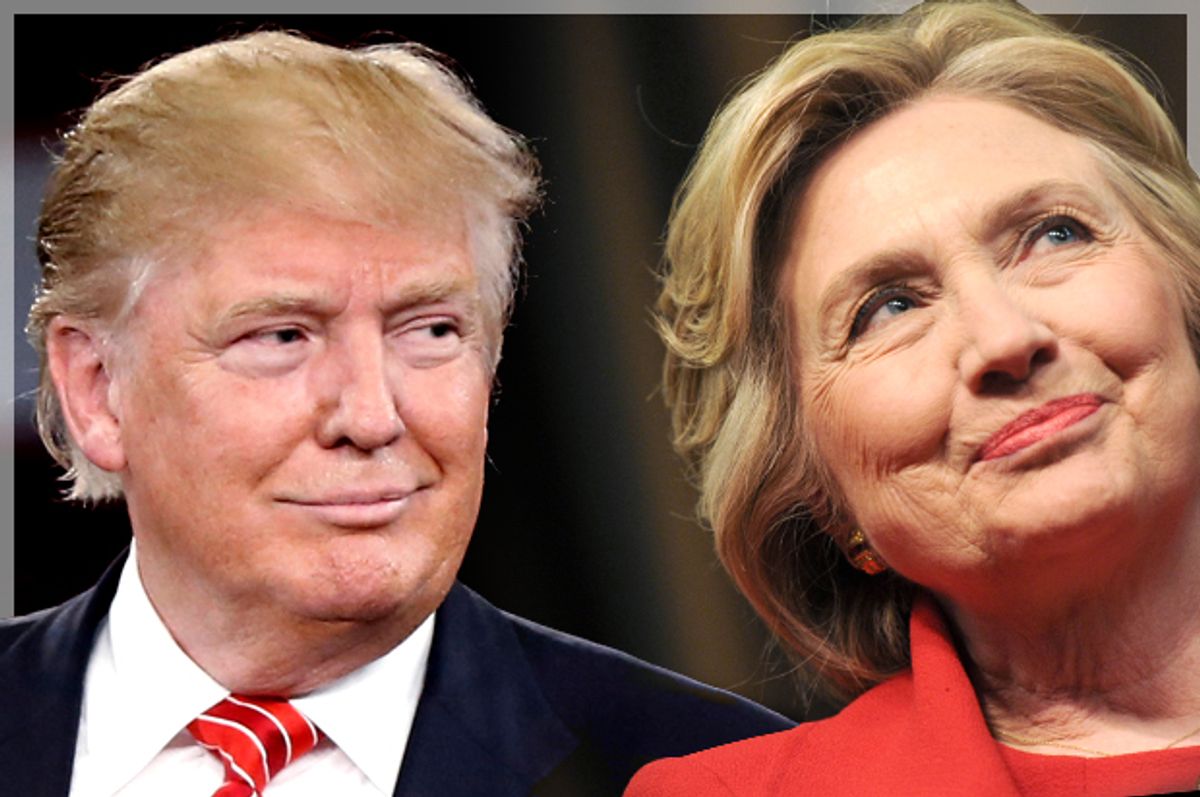 It’s only May, which means we have about five months before the presidential election. There are conventions to be had, running mates to be selected, debates to be overhyped, and an obscene amount of money to be spent on an equally obscene quantity of advertising. The general election campaign hasn’t even really begun yet, on account of it being so damn early in the cycle still. Hell, we don’t even have official nominees yet for either major party.

And yet, we find ourselves in a peculiar situation. Specifically, the presumptive nominee for one of the major parties has already given a soft endorsement to a long-since discredited theory that his likely opponent is complicit in the covered-up murder of a political associate. When you strip all the names from this situation and view it through the lens of established political norms, that looks crazy and desperate. It’s the sort of thing you’d expect to drop as a late-October Hail Mary, a desperate candidate’s last-ditch effort to ward off likely defeat. But it’s May, and we’re already being forced to discuss one candidate obliquely suggesting that his rival was complicit in a murder.

I’m talking, of course, about Donald Trump and his casual “just asking questions” reference to the 1993 suicide of Vince Foster, who was deputy White House counsel to Bill Clinton. Wild accusations about the Clintons orchestrating and/or covering up Foster’s death have persisted in conservatives circles for years and even caught the attention of some of the crazier members of Congress, but they never went mainstream because they are obviously insane. In a “normal” election setting, diving into the Vince Foster nonsense would be treated as a lethal self-inflicted wound for a candidate. But for Trump and the media that cover him, it’s just another day on the trail.

At this point, Trump has successfully conditioned reporters to the point that they continually expect him to “go there,” and because he’s set that expectation, his embrace of crazy bullshit is treated almost as routine. Consider the Washington Post article that first reported that Donald Trump, the presumptive Republican candidate for the presidency, had given a soft endorsement to a crazy conspiracy theory about Hillary Clinton murdering an old friend. The headline? “Trump escalates attack on Bill Clinton.” Trump’s quotes about the Clintons and Foster were included at the end of the article, buried under analysis about how “the race already appears to be teed up as a referendum on the two candidates’ pasts rather than their visions for the country’s future.”

Or you can take a look at this Politico article on Trump’s comments. It noted that Trump is “trying to lend credence to conspiracy theories suggesting that the Clintons somehow had a hand in [Foster’s] passing, which was ruled a suicide.” From there, Politico arrived at this takeaway:

The insinuations and stark allegations are proving once again Trump’s ability to dominate headlines and airtime, and show the challenge Hillary Clinton will be up against as she tries to make her argument against the real estate mogul.

Again, we’re talking about one candidate backhandedly making the allegation that his opponent was an accessory to murder, and the press reaction is “boy, that Trump sure can drive headlines – better watch out, Hillary!”

This is precisely what I was talking about I wrote earlier this month about the danger in normalizing Trump. He wants all the craziness to be taken in stride, and he’s succeeding. He’s being abetted in this by a Republican Party establishment that is happy to bite its tongue so long as they get their tax cuts and conservative judicial nominations. But that’s no reason for the press to buy into Trump’s game and treat his crazy mudslinging as a mere campaign tactic rather than a disqualifying character flaw.

And it’s only going to get worse as the election cycle wears on. Trump met a few weeks ago with Ed Klein, an infamous source of salacious and discredited Hillary Clinton bullshit. Just this week, Trump promoted Klein’s latest book, which is full of insane nonsense. None of this is normal, so stop treating it like it is.