"A Trump presidency is scary, so is a Hillary Clinton presidency": These voters despise the two frontrunners

Whether "Bernie or Bust" or just anti-Hillary, the two-party system is not working for these voters 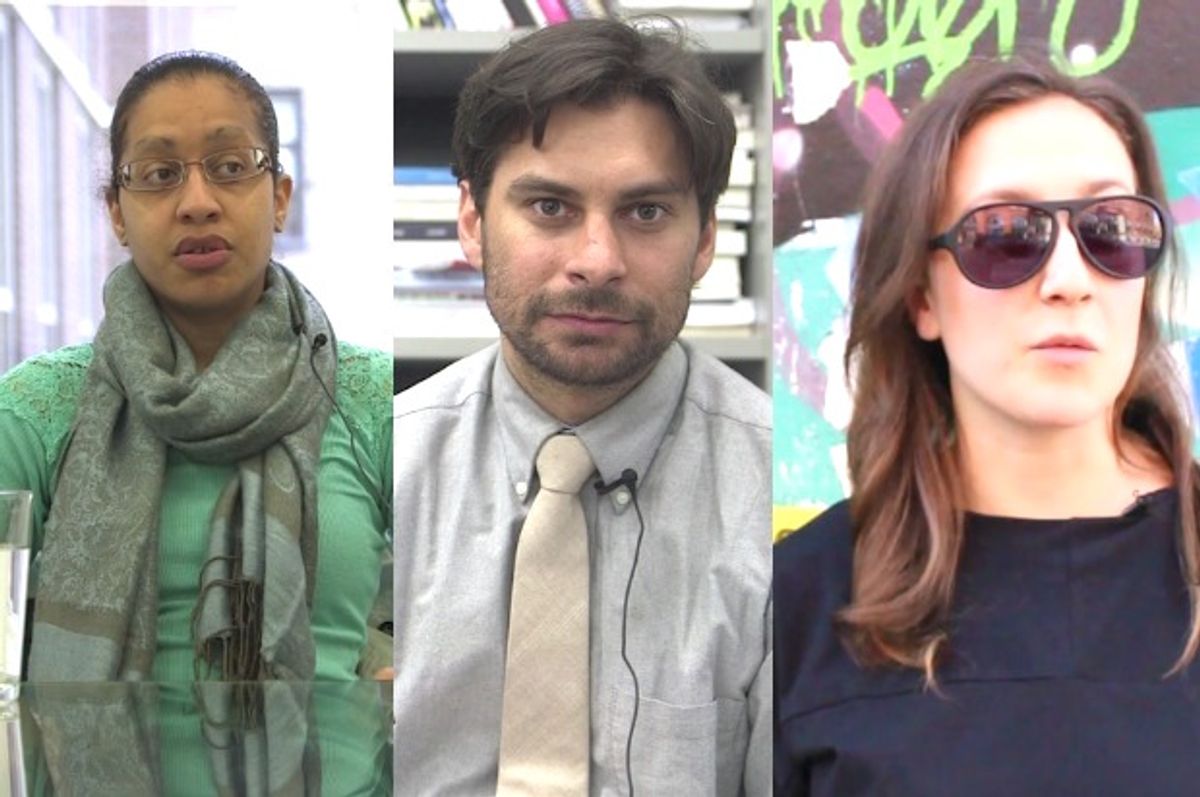 Activist and street artist Ann Gilf describes herself as "Bernie or Bust," meaning that no matter what happens with the Republican and Democratic frontrunners, she will be voting for Bernie Sanders in November. Emily December, a Black Live Matter activists, has the same conviction. She plans to write Sanders in during the general election.

The two are a part of a growing social media movement that refuses to vote against their conscience with a vote for Hillary Clinton. They will not subscribe to the "lesser of two evils" mentality and they do not believe that the two-party system is working for them.

Writer and political organizer Keegan Stephan is not a Sanders supporter — he plans to vote for Green Party candidate Jill Stein — but he agrees with the other two in that under no circumstances will he cast a vote for Clinton.

"It would stretch my moral compass too thin," he said.

We talked with the three about why they are so against Clinton, why they believe Sanders and Stein are the better candidates and why they might rather see Donald Trump win than vote for Clinton. Watch.