Pro-lifers have a new weapon in their attacks on women seeking abortions, according to a Rewire report 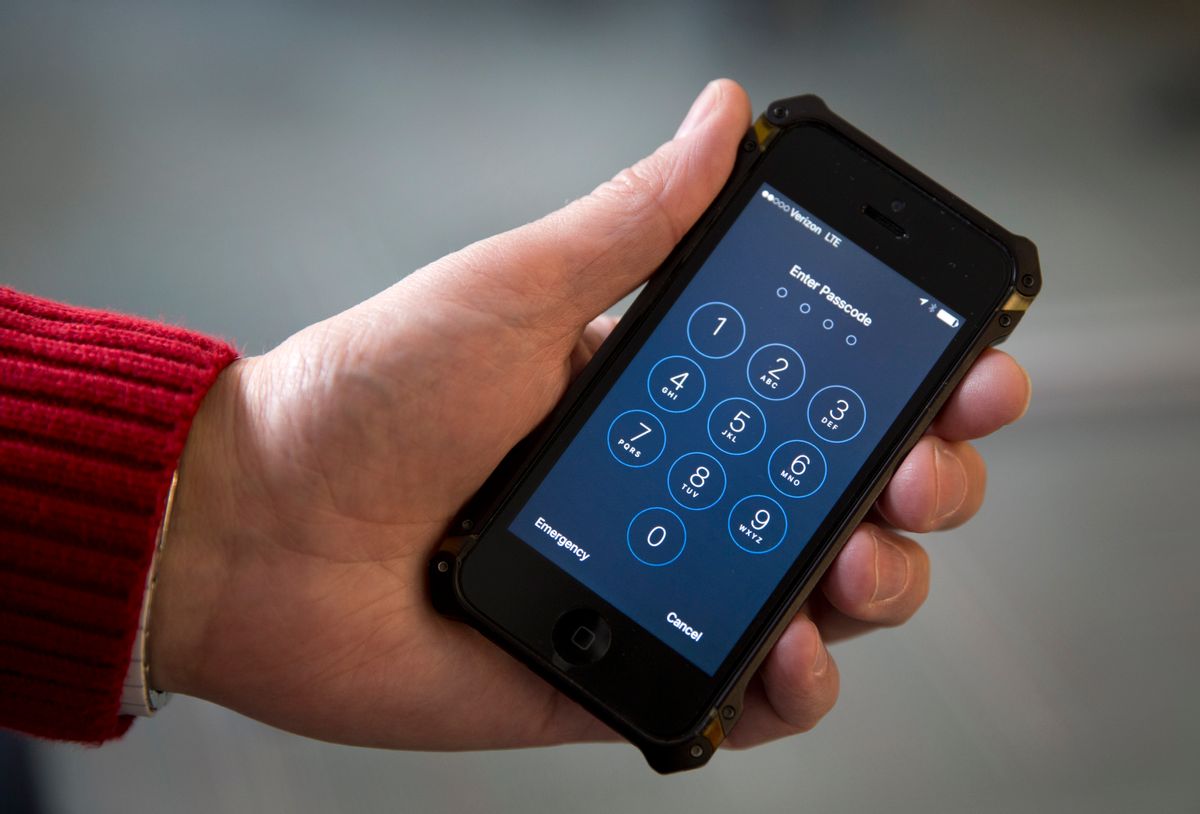 Anti-choice activists, being panty-sniffing busybodies at heart, have long been extremely interested in gathering as much personal information as they can about women who are seeking abortion. (Or any other reproductive health services, for that matter.) Protesters linger outside of clinics, snapping pictures of women and sometimes even collecting information from license plates. Crisis pregnancy centers, pretending to be clinics, trick women into filling out intake forms, and often use that personal information to harass women at home and follow them around, even to the real doctor. In Missouri, anti-choice legislators even tried to use subpoena power in order to get a list of women in the state who had abortions.

But now anti-choicers are turning to 21st century technology in order to act out their desire to track and surveil women who might be looking to prevent or terminate pregnancy: The GPS on your smartphone.

A new investigative report from Sharona Coutts at Rewire exposes how anti-choice groups, including at least one adoption agency trawling for babies to put for adoption, are using a technology called "geofencing" to find and target women they believe are considering abortion, using the women's phones.

Geofencing is a practice where marketers put up a virtual "fence" around a location, like a shopping mall or a Target. Every time a smartphone crosses the invisible barrier (if location services are turned on), it picks up the phone's unique numerical ID. This allows marketers to target you with directed advertising, such as an ad for the specials at the store you just walked into. The marketers can also upload that numerical ID to a database, so they can track your movements and build a profile of you for more directed advertising. That way, they know that if you go to a Babies 'R' Us and then Target, you are probably a new mom and they can send you advertisements for diapers and whatnot.

One enterprising anti-choicer, John Flynn, CEO of Copley Advertising, realized that this technology could be used to track women who are using reproductive health services. He sent out a PowerPoint presentation to adoption centers and crisis pregnancy centers, explaining how they could hire his firm to track women going into "Planned Parenthood clinics, abortion clinics, methadone clinics and high-risk areas" and hit them with ads pressuring them to have babies and give them up for adoption.

Two groups, a clearinghouse that operates many crisis pregnancy centers and a large adoption agency called Bethany Christian Services, have hired Flynn. The focus on Planned Parenthood and "high-risk areas" suggests that a big part of this strategy is finding and tracking low income women, with hopes that their economic desperation will make them more interested in giving babies up for adoption.

Right now, there's only evidence that these clients are using the services to send targeted ads at women known to have gone into a Planned Parenthood. However, as Coutts explains, geofencing can be used to create an electronic profile of a person. Once they have your phone's ID, they can buy databases from other marketers and cross-check your ID against it, building a profile that can provide a surprising amount of information about you, such as "your age, gender, occupation, education level, marital status, and—if you have GPS enabled on your phone and are logged into apps that track you—where you live, work, and travel."

The ID doesn't, in theory, have your name attached, but with the ability to track so much other information about you, devoted anti-choice groups could figure it out.

And rest assured, they really, really want that information. One reason geofencing hasn't raised too many alarms in the general public is there's no reason to worry that your local shopping mall is using the information they're gathering off your phone for more than hitting you with extremely specialized advertising.

But anti-choicers have ulterior motives for trying to figure out the names and addresses of women they believe are using birth control or seeking abortion. As women who visit crisis pregnancy centers have frequently learned, once they have your name and number, they are often calling you at home to harass you about your choices. In at least one recorded case, anti-choicers followed a young girl around, calling the cops and falsely claiming she was being "coerced" into the abortion in order to scare the clinic workers into thinking they'd be arrested if they offered the girl care.

Beyond that, anti-choicers just straight up enjoy intimidating women by letting them know they are being surveilled. As Rolling Stone reporter Alex Morris found out when she visited a Planned Parenthood in Birmingham, anti-choice protesters are already startlingly good at using smartphone technology to figure out the names of women going into clinics.

"In the few minutes I've been in the clinic," she recounts, "the protesters have figured out my name and address, and as soon as I come out the door, they start calling them out, loud and self-righteous, as they hold their camera phones up to my face."

How they figured it out is anyone's guess, though a likely possibility is face-matching software on the iPhone. Adding geofencing technology, where they can track all sorts of information about you, and there's a real danger here.

It's not just patients who are in danger here. Clinic workers are in even more danger, in fact. Already, anti-choice groups tend to keep lists of employees at abortion clinics. They taunt you with your name when you go into the clinic and, in some cases, employees are targeted at home with protests and fliers and threats.

With geofencing, it would be easy for anti-choicers to link a name to a phone ID for clinic workers. Anyone whose phone shows up at the clinic every day at the same time likely works there, and all they need to do is cross reference that information with their existing lists of people who work there. That, in turn, will provide a wealth of information about that person, their physical movements and even their shopping habits. For nosy people who like stalking clinic workers, it's a bonanza of information.

It's possible that anti-choicers will resist using this technology to create databases of information on women who have sexual and reproductive habits they disapprove of. (Though they've never been able to resist the urge to track women before, so it's hard to imagine they'll start being better people now.)

But even without that aspect, this use of technology is creepy. They're functionally following women, through their phones, right into clinics with pleading ads asking them to have babies to hand over to wealthier couples. The behavior is invasive and predatory. It's about anti-choicers not letting women forget, even in the privacy of their doctor's office, that they view women as nothing more than baby incubators.