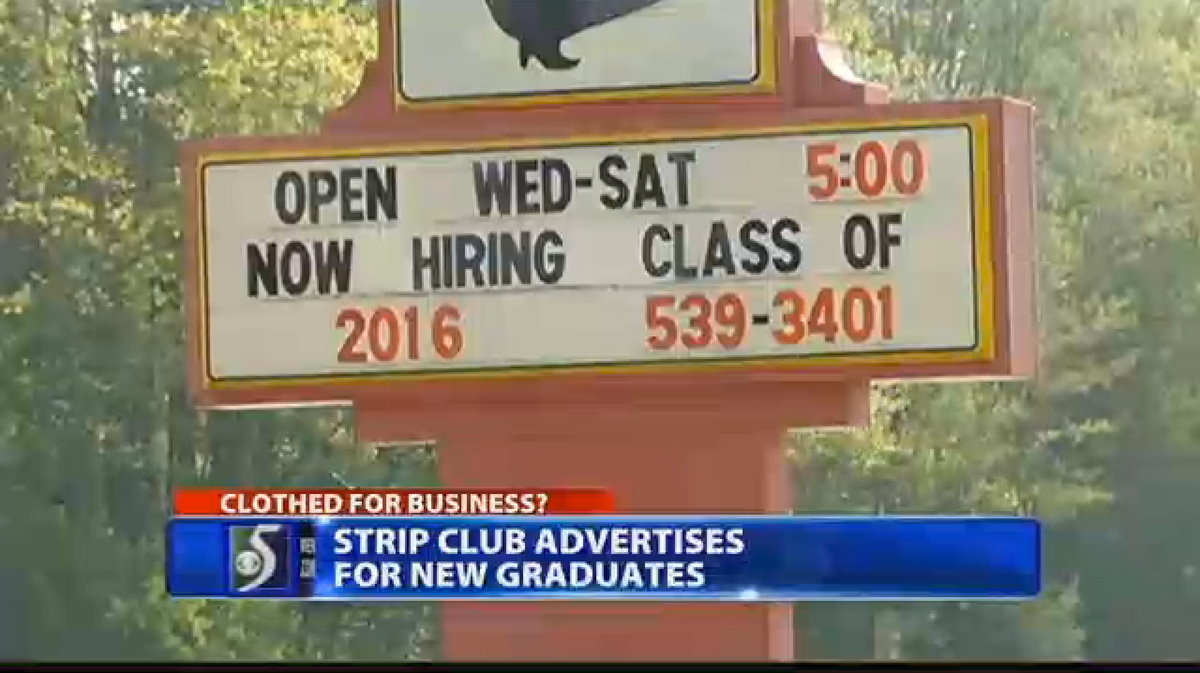 Miceli's Corner, a strip club in Harrison, Michigan, further freaked out the neighborhood when it updated its street sign to say, "Now hiring class of 2016," according to a local CBS affiliate report.

"Children fresh out of high school shouldn't be taking their clothes off for money," said outraged Harrison resident, Lisa Dickerson. "I think it's sickening."

"They're good people," said another, Lisa Mulholland, "but I still don't think it's right."

Miceli's Corner released a statement Thursday, saying, "In no way were we trying to offend anybody. The sign was simply a joke."

"That poor old lady has no idea she just helped you guys advertise across the country," wrote one user. "I don't make it that far north, from Florida, very often but if I do I'll be sure to stop by."

Read the full story at WNEM.com.