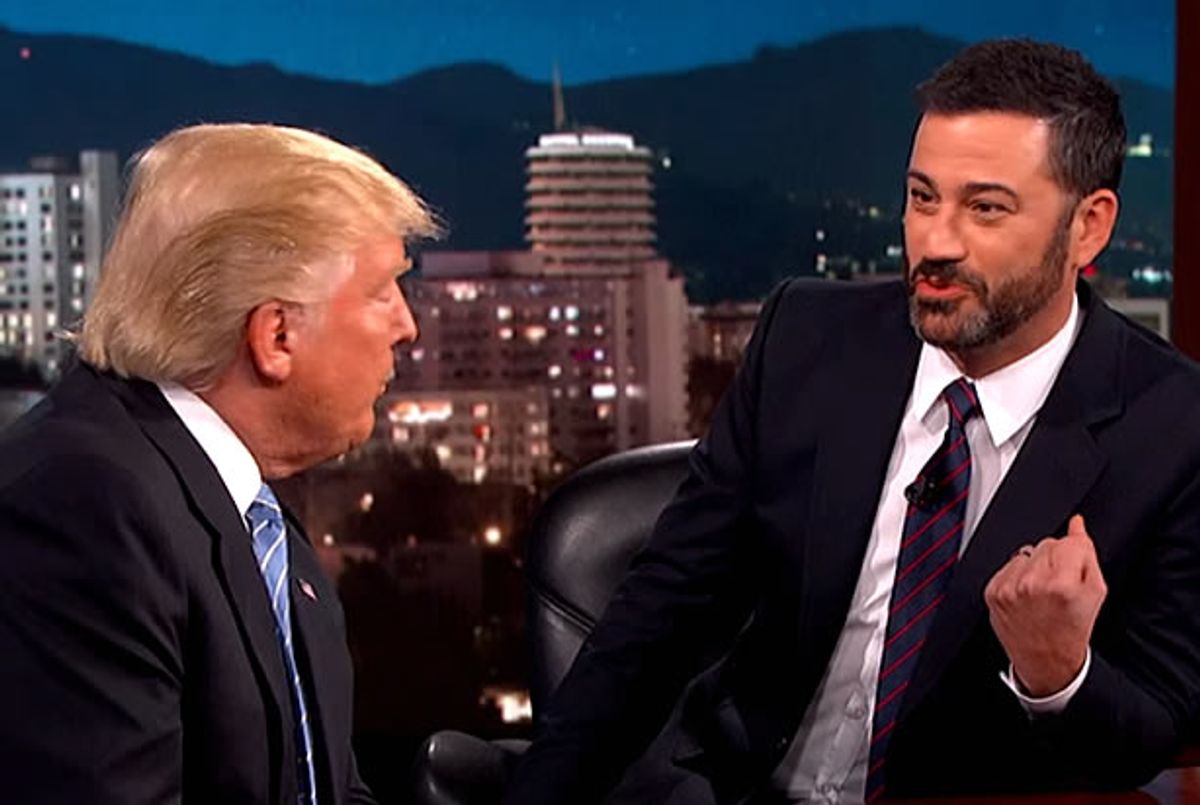 Donald Trump appeared on Jimmy Kimmel Live Wednesday night and was asked about the story that circulated last week about him using aliases.

At first, he denied to host Jimmy Kimmel that he has ever done anything of the sort, and claimed that the person on the audio "sounded nothing like me." When Kimmel informed him that no one thinks they sound like themselves on tape, Trump insisted that he knows what he sounds like, and that wasn't him.

"To me," Kimmel said, "it sounded just like you -- and if it was you, I think it was a very funny thing to do, to call a guy and take him through the wringer like that."

And with that acknowledgment of approval, Trump dropped the pretense and admitted that he loves using aliases, and over the years, has frequently used them.

"Over the years," he said, "I’ve used aliases -- especially when I was in Brooklyn and wanted to buy. Nobody knew me, it wasn’t so much important -- but I would never want to use my name because you had to pay more money."

When Kimmel asked him what aliases he used, Trump said "I actually used the name 'Barron,' and I ended up using my son. I made a good deal using that name. Many people in the real estate business do that, and you have to. Nobody wants to pay more money."

Watch the entire segment below via Jimmy Kimmel Live.