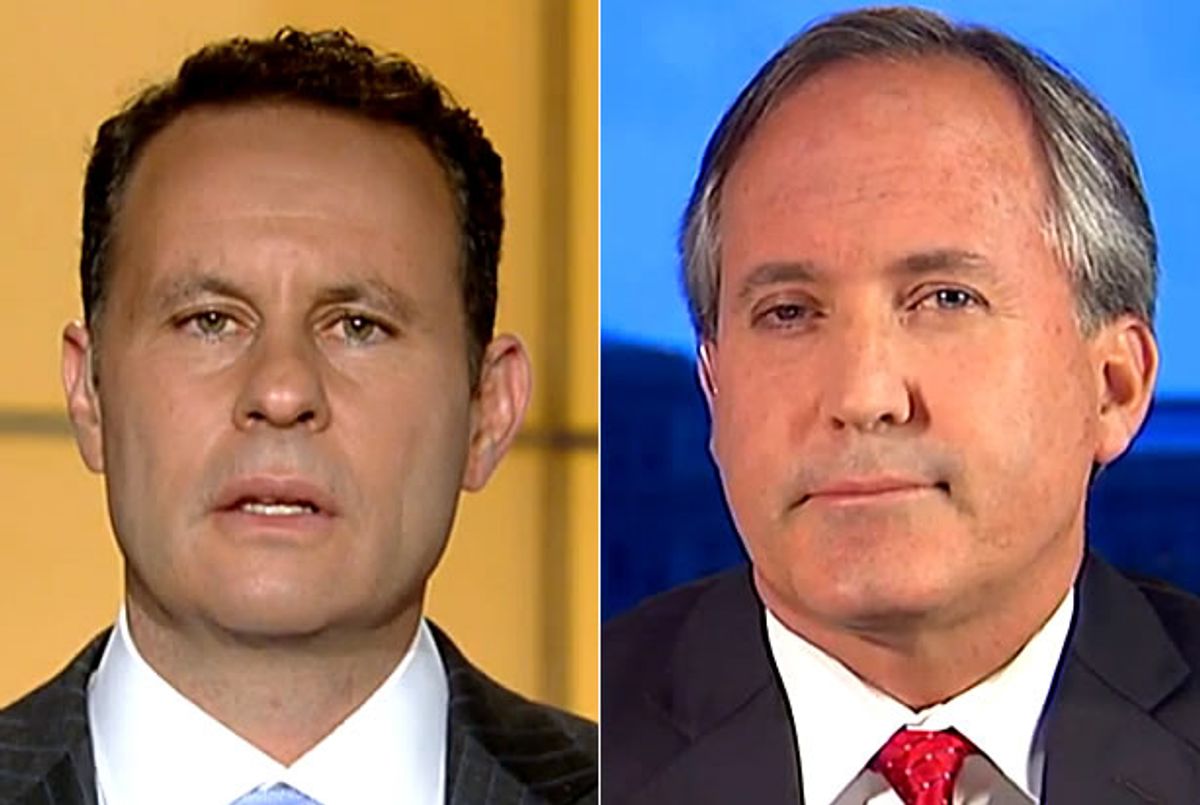 Paxton said that "the problem here is that the law is the law, and if you want to change the law, it shouldn't be the president, it should be Congress. Our argument is that this is a political battle, and it shouldn't be determined by one person in the White House."

Still in a sarcastic vein, Kilmeade replied, "But it's discriminatory against the transgenders in your school districts!"

"This is a solution in search of a problem," Paxton said, "because this guideline doesn't address any particular problem. They haven't been very specific about what they're trying to solve."

Moreover, he added, "this opens the door to all kinds of issues with men deciding one day to be women and switching back the next day" -- a statement which clearly outlines the depth of his knowledge about transgender identity.

Watch the entire ignorant display below via Fox News.