Hell week for Ohio conservatives: The courts deal the GOP major blows to its oppressive agenda

New pushes to curtail the rights of women, the poor and minorities were dealt a serious setback in Ohio this week 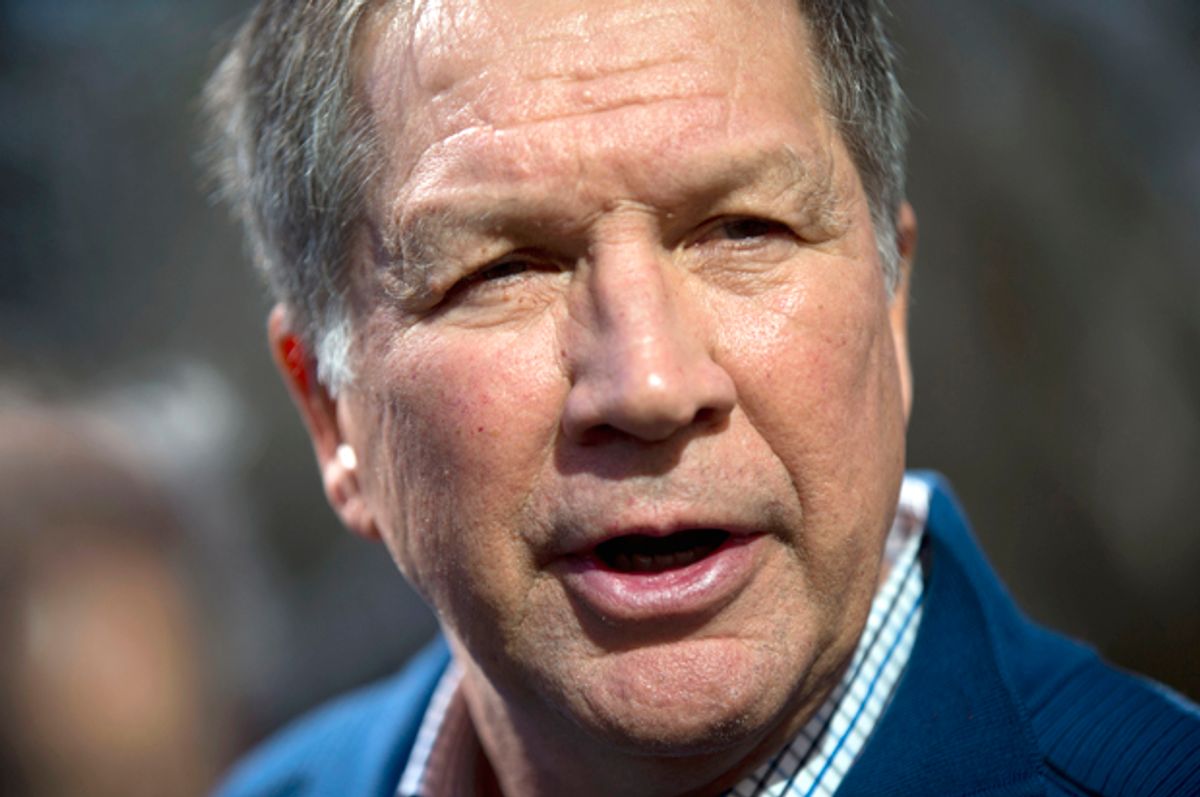 It has been a very bad week in court for conservatives’ efforts to suppress the rights of women, minorities, poor people and really anyone who is not a wealthy white Republican voter in Ohio. To which one can only say, good.

First on Monday, a federal judge who was appointed to the bench by George W. Bush granted a stay of a law the Ohio legislature passed in February that would have stripped federal funds from Planned Parenthood groups in the state. The law would have essentially defunded 28 clinics in Ohio, which would have meant an end to other health programs such as HIV testing and sex education. The law also would have taken funding from any group that counsels patients that abortion is an option, an action the judge, Michael Barrett, found to be in violation of the First Amendment.

The stay could still get overturned if the state can modify the law to Judge Barrett’s satisfaction, or appeal it up to the 6th Circuit Court, which is heavily conservative. In the meantime, there are two points worth noting here.

The first is that this law was passed in response to the undercover videos put out last summer by the Center for Medical Progress, which claimed that Planned Parenthood was making a profit by selling tissue from aborted fetuses. Those videos were later revealed to be doctored to the point of rendering them nearly complete fiction. Ohio’s attorney general, a Republican, investigated and quickly determined that no PP clinic in the state was guilty of any such action. The same action was repeated in several other states, and the only criminal indictments to come out of the case were in Texas, where a district attorney filed felony fraud charges against the filmmakers.

The second point is to remind everyone that the law was signed by Ohio Gov. John Kasich, then masquerading as the genial, reasonable moderate among the pack of charlatans and reprobates seeking the Republican presidential nomination. In February Kasich briefly left the campaign trail to sign the law even though it was so blatantly based on complete bullshit that it’s a wonder anyone could get near it without gagging from the stench. He did this because he’s opposed to abortion, certainly, but also because it would have shored up his right flank with voters who might otherwise have bought the “he’s a moderate” line. It didn’t help him gain any traction in the race.

Then on Tuesday, another federal court looked at another piece of conservative legislation, this one reducing Ohio’s early-voting period, and told Kasich and the Republican-dominated state legislature to pound sand:

Judge Michael H. Watson of U.S. District Court in Columbus said the Republican-dominated Ohio legislature violated the federal constitution and Voting Rights Act in 2014 when it reduced the state's early voting period from 35 to 28 days. The move also eliminated the so-called Golden Week in which eligible residents could register to vote and cast an absentee ballot at the same time. Even though Ohio's early voting period is among the most generous in the nation, the reduction disproportionately affected African Americans, Watson ruled.

The Ohio voting law is one of a flood of state laws unleashed by the Supreme Court’s striking down sections of the Voting Rights Act in 2013 because racism was over, or something. Since then, at least one Republican legislator has publicly admitted voting laws being passed by GOP-majority state legislatures are intended to suppress the votes of the poor and minorities, who generally vote Democratic. So mission accomplished, I guess.

The ruling on the Ohio law has already been appealed to the 6th Circuit and will perhaps make it up to the Supreme Court, though there are similar cases in other circuits that could get there first. If the 6th Circuit upholds the law and the Supreme Court still has a 4-4 split because Republicans have refused to seat a new judge nominated by a Democratic president, the law will stand.

To prove they were not deterred by the week’s losses, the Republicans in the Ohio legislature on Wednesday passed another voting-related bill. This one would put the burden for paying to keep polls open for extra hours on Election Day on the voters. Critics believe this bill is dangerously close to being a poll tax. Finally, a tax increase Republicans can get behind!

That these judicial smack-downs are all happening in Ohio, a battleground state that has gone blue in the last two presidential elections and where the Republicans will be holding their convention to coronate Donald Trump as the party standard-bearer this summer, is especially enjoyable. These bills were written to specifically hurt citizens based on their race, their class, and their gender. They were based on myths that have become ineradicable parts of the conservative canon – that there is widespread voter fraud tipping elections to Democrats in one case, that Planned Parenthood is stripping babies for spare parts like thieves in a used-car lot in the other.

These were bills that could only hurt the citizens these legislators were elected to represent. That at least some judges have seen fit to stop them indicates there is still one level of one branch of our government that is occasionally functional.