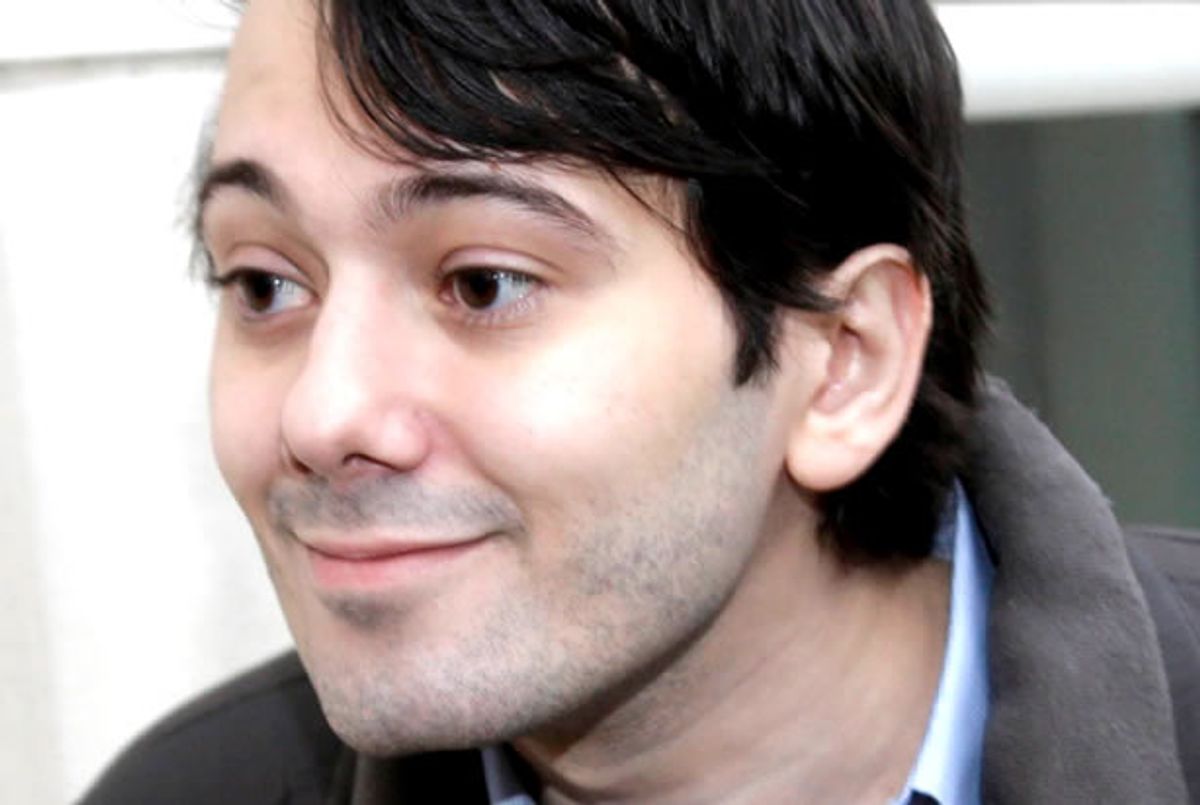 Martin Shkreli is many things -- the majority of them horrifying -- but one thing he isn't is humble, so it's not surprising that after he tweeted his endorsement for Donald Trump late Thursday night, he was repeatedly tricked by Trump impersonators into believing the presumptive Republican nominee had thanked him for his support.

He began by noting that:

Of course, this completely unsurprising development excited other terrible people:

Mere hours later, he was thrilled when "Trump" himself thanked him for the endorsement:

Of course, if he'd read the profile, he'd have learned that the "Trump" in question is "a parody of a parody of a human-cheeto hybrid" who wishes nothing more upon the world than "DISASTER!" but of course he didn't do that -- because Shkreli lives in a world in which his own significance is a given.

After finally accepting the reality of, well, reality, Shkreli did what every other Internet Tough Guy does when humiliated in public -- he threatened to sue.