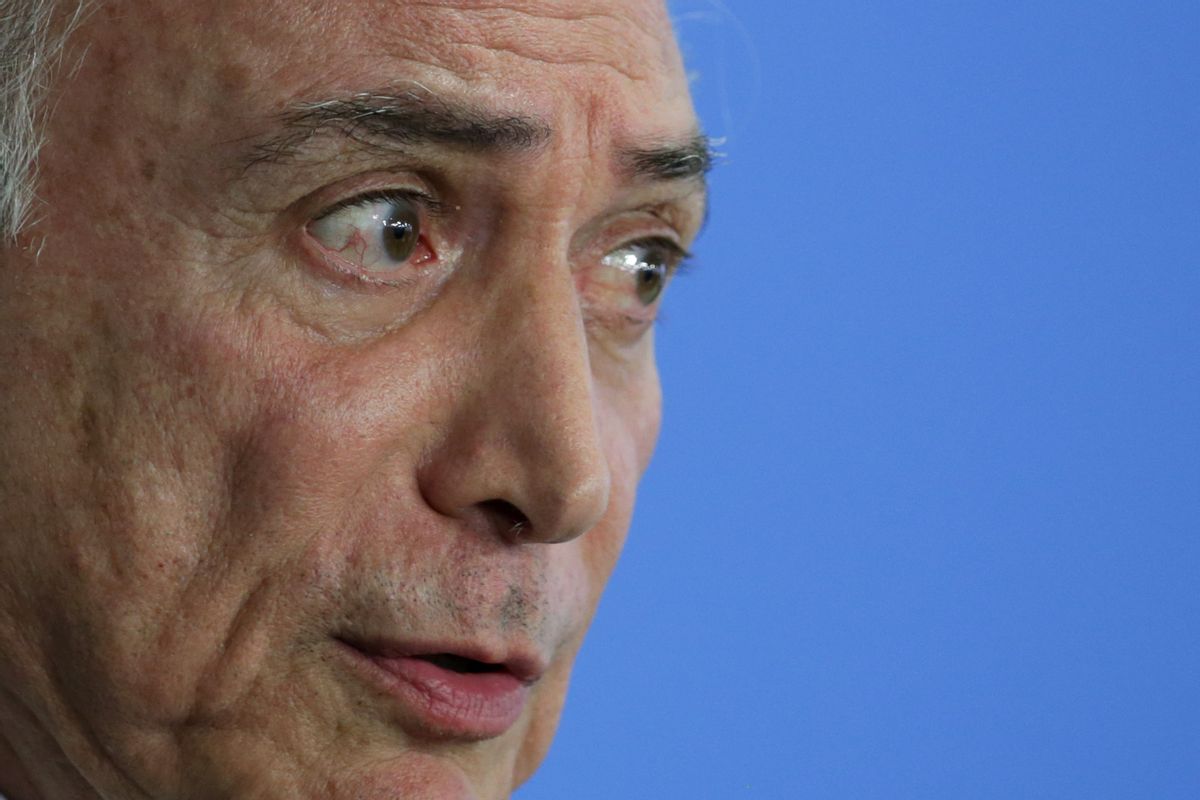 Brazil is in the midst of its worst political crisis since the 1960s and possibly its most severe economic downturn in the last 100 years.

The economy will not – and cannot – improve until the country emerges from the political chaos of the moment and puts into place strong and legitimate leadership.

Most of the commentary on Brazil’s current crisis has focused on politics and economics. I believe that a more profound threat generated by this crisis will be to Brazilians' sense of self – to their very identity as Brazilians.

In my 40 years studying Brazilian history and culture, I have never seen the country more polarized. Over the past decade, I have spent extended periods in Brazil researching and writing “Becoming Brazilians: Race and National Identity in Twentieth-Century Brazil,” which will be published by Cambridge University Press in 2017. More so than many countries, Brazil has had a powerful and dominant narrative of national identity for decades.

But now Brazilians are bitterly divided. One side hates President Dilma Rousseff, ex-President Inácio “Lula” da Silva, their Workers Party (PT). The other side sees Rousseff’s impeachment as an abuse of the legislative process by corrupt politicians.

Brazil is Latin America’s largest economy, one of its most stable democracies and a growing power on the world stage. Should the current crisis cripple Brazil, it would have serious economic and political repercussions for the region, for the United States, and for the emergence of the so-called Global South.

I suspect that the damage to the world’s sixth largest economy will likely be short-term. However, the specter of politicians – who are themselves under indictment and investigation for corruption – ousting a president on flimsy charges could damage the fourth largest democracy on the planet for the long term. Brazilian civic culture and national identity could be additional casualties of this deepening political divide.

For much of the 20th century Brazilians of all social groups collectively forged a rich and vibrant cultural nationalism around the notion of mestiçagem — racial and cultural mixing.

The iconic intellectual Gilberto Freyre (1900-1987) produced the most influential version of this narrative. According to Freyre,

Every Brazilian, even the light-skinned fair-haired one, carries with him in his soul, when not in body and soul … the shadow, or at least the birthmark, of the Indian or the Negro.

Many diverse political regimes from the 1930s to the 1980s placed an official seal of government approval on this narrative of mestiçagem. They hoped to publicize Brazil’s supposed “racial democracy” to the world. As I argue in my book, the lived realities of the great masses of Brazilians seemed to provide abundant evidence of the creative power of mestiçagem. Carnaval and Brazilian music like samba and bossa nova arose out of this dynamic mixing. The jazz on the playing pitch of Pelé and other great players produced the world’s most beautiful soccer.

As Brazil moved out of a military dictatorship and to a truly vibrant democracy in the 1980s, many new social movements flourished. The black movement, grassroots feminism, and environmentalism fostered a flowering of civic culture on a scale never experienced in Brazilian history.

Movements promoting Afro-descendant and indigenous rights challenged the dominant narrative of mestiçagem. They condemned Freyre as a racist bent on eliminating the African influences in Brazil. These movements helped forge a new multi-culturalism in Brazilian politics and society.

The powerful national narrative of a society with a rainbow of peoples and skin tones has come under sustained assault.

Brazil’s last three presidents have promoted decrees and legislation recognizing Brazil’s history of racism and prejudice. The government has promoted many affirmative action programs throughout the bureaucracy and the public education system.

The vast majority of Brazilians continue to describe their society and the Brazilian people as mixed. The dominant narrative of cultural identity, however, has been eroding for several decades.

The suspension of Dilma Rousseff from the presidency provided vivid evidence of what may be a looming battle of cultural narratives and civic society. At his hasty inauguration, Vice President Michel Temer, who is of Lebanese descent, surrounded himself with his 22 newly named cabinet ministers. All are male and light skinned.

In both his statements about the new administration and his appointments one thing is clear. The officially sanctioned government approval of multiculturalism and the new social movements over the past 20 years will now come under direct assault. Much of the inflamed rhetoric in both houses of congress during the impeachment proceedings demonstrates the resurgence of an unrepentant Right after more than 13 years of PT administrations.

This resurgent Right may attempt to erase many of the constitutional and legal changes that have supported this multiculturalism. Brazilians could find themselves in an intensifying culture war over what it means to be Brazilian. The emphasis on redressing past social and cultural injustices could end.

The political shift could roll back affirmative action and efforts to redress discrimination against peoples of indigenous and African descent. We may see an official return to a narrative of racial democracy.

Ultimately, disillusionment with the political system may prove even more damaging than cultural warfare. For several decades through civic mobilization many groups have asserted their rights to become full-fledged citizens. The example of widespread corruption across all political parties may damaging this activism.

Whatever the resolution of the impeachment process, it is likely to set back decades of expanding civic culture and participatory politics. It will leave Brazilians questioning who they are as a people and who they might become.