An orgasm for the skin: The strange science behind "aesthetic chills"

Have you ever listened to a piece of music and felt your arms break out in goosebumps? You may be prone to frisson 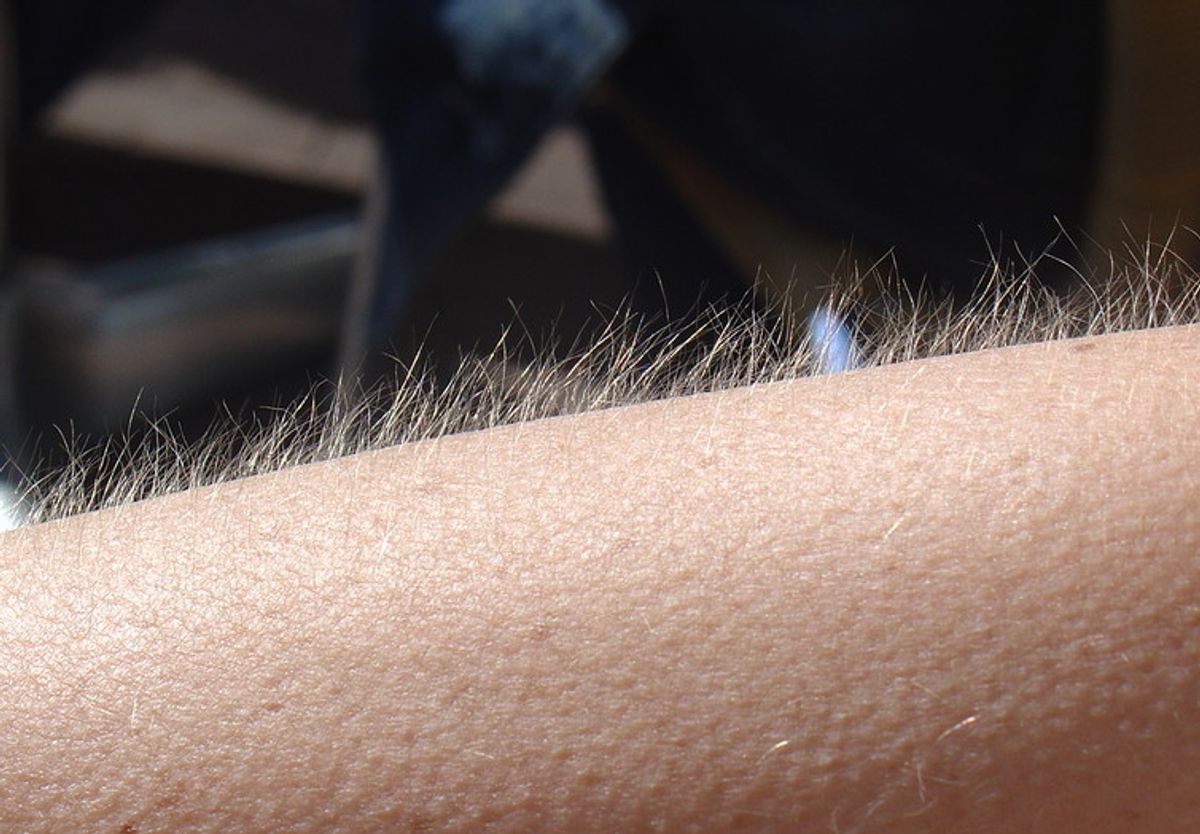 Have you ever been listening to a great piece of music and felt a chill run up your spine? Or goosebumps tickle your arms and shoulders?

The experience is called frisson (pronounced free-sawn), a French term meaning “aesthetic chills,” and it feels like waves of pleasure running all over your skin. Some researchers have even dubbed it a “skin orgasm.”

Listening to emotionally moving music is the most common trigger of frisson, but some feel it while looking at beautiful artwork, watching a particularly moving scene in a movie or having physical contact with another person. Studies have shown that roughly two-thirds of the population feels frisson, and frisson-loving Reddit users have even created a page to share their favorite frisson-causing media.

But why do some people experience frisson and not others?

Working in the lab of Dr. Amani El-Alayli, a professor of Social Psychology at Eastern Washington University, I decided to find out.

What causes a thrill, followed by a chill?

While scientists are still unlocking the secrets of this phenomenon, a large body of research over the past five decades has traced the origins of frisson to how we emotionally react to unexpected stimuli in our environment, particularly music.

Musical passages that include unexpected harmonies, sudden changes in volume or the moving entrance of a soloist are particularly common triggers for frisson because they violate listeners’ expectations in a positive way, similar to what occurred during the 2009 debut performance of the unassuming Susan Boyle on “Britain’s Got Talent.”

If a violin soloist is playing a particularly moving passage that builds up to a beautiful high note, the listener might find this climactic moment emotionally charged, and feel a thrill from witnessing the successful execution of such a difficult piece.

But science is still trying to catch up with why this thrill results in goosebumps in the first place.

Some scientists have suggested that goosebumps are an evolutionary holdover from our early (hairier) ancestors, who kept themselves warm through an endothermic layer of heat that they retained immediately beneath the hairs of their skin. Experiencing goosebumps after a rapid change in temperature (like being exposed to an unexpectedly cool breeze on a sunny day) temporarily raises and then lowers those hairs, resetting this layer of warmth.

Since we invented clothing, humans have had less of a need for this endothermic layer of heat. But the physiological structure is still in place, and it may have been rewired to produce aesthetic chills as a reaction to emotionally moving stimuli, like great beauty in art or nature.

Research regarding the prevalence of frisson has varied widely, with studies showing anywhere between 55 percent and 86 percent of the population being able to experience the effect.

Monitoring how the skin responds to music

We predicted that if a person were more cognitively immersed in a piece of music, then he or she might be more likely to experience frisson as a result of paying closer attention to the stimuli. And we suspected that whether or not someone would become cognitively immersed in a piece of music in the first place would be a result of his or her personality type.

To test this hypothesis, participants were brought into the lab and wired up to an instrument that measures galvanic skin response, a measure of how the electrical resistance of people’s skin changes when they become physiologically aroused.

Participants were then invited to listen to several pieces of music as lab assistants monitored their responses to the music in real time.

Examples of pieces used in the study include:

Each of these pieces contains at least one thrilling moment that is known to cause frisson in listeners (several have been used in previous studies). For example, in the Bach piece, the tension built up by the orchestra during the first 80 seconds is finally released by the entrance of the choir – a particularly charged moment that’s likely to elicit frisson.

As participants listened to these pieces of music, lab assistants asked them to report their experiences of frisson by pressing a small button, which created a temporal log of each listening session.

By comparing these data to the physiological measures and to a personality test that the participants had completed, we were, for the first time, able to draw some unique conclusions about why frisson might be happening more often for some listeners than for others.

Results from the personality test showed that the listeners who experienced frisson also scored high for a personality trait called Openness to Experience.

Studies have shown that people who possess this trait have unusually active imaginations, appreciate beauty and nature, seek out new experiences, often reflect deeply on their feelings, and love variety in life.

Some aspects of this trait are inherently emotional (loving variety, appreciating beauty), and others are cognitive (imagination, intellectual curiosity).

While previous research had connected Openness to Experience with frisson, most researchers had concluded that listeners were experiencing frisson as a result of a deeply emotional reaction they were having to the music.

In contrast, the results of our study show that it’s the cognitive components of “Openness to Experience” – such as making mental predictions about how the music is going to unfold or engaging in musical imagery (a way of processing music that combines listening with daydreaming) – that are associated with frisson to a greater degree than the emotional components.

These findings, recently published in the journal Psychology of Music, indicate that those who intellectually immerse themselves in music (rather than just letting it flow over them) might experience frisson more often and more intensely than others.

And if you’re one of the lucky people who can feel frisson, the frisson Reddit group has identified Lady Gaga’s rendition of the Star-Spangled Banner at the 2016 Super Bowl and a fan-made trailer for the original Star Wars trilogy as especially chill-inducing.