Missouri targets black voters: This is an un-American and intentional assault on voting rights

A restrictive and unnecessary voter ID bill is a transparent effort to limit the voice of minorities, young people 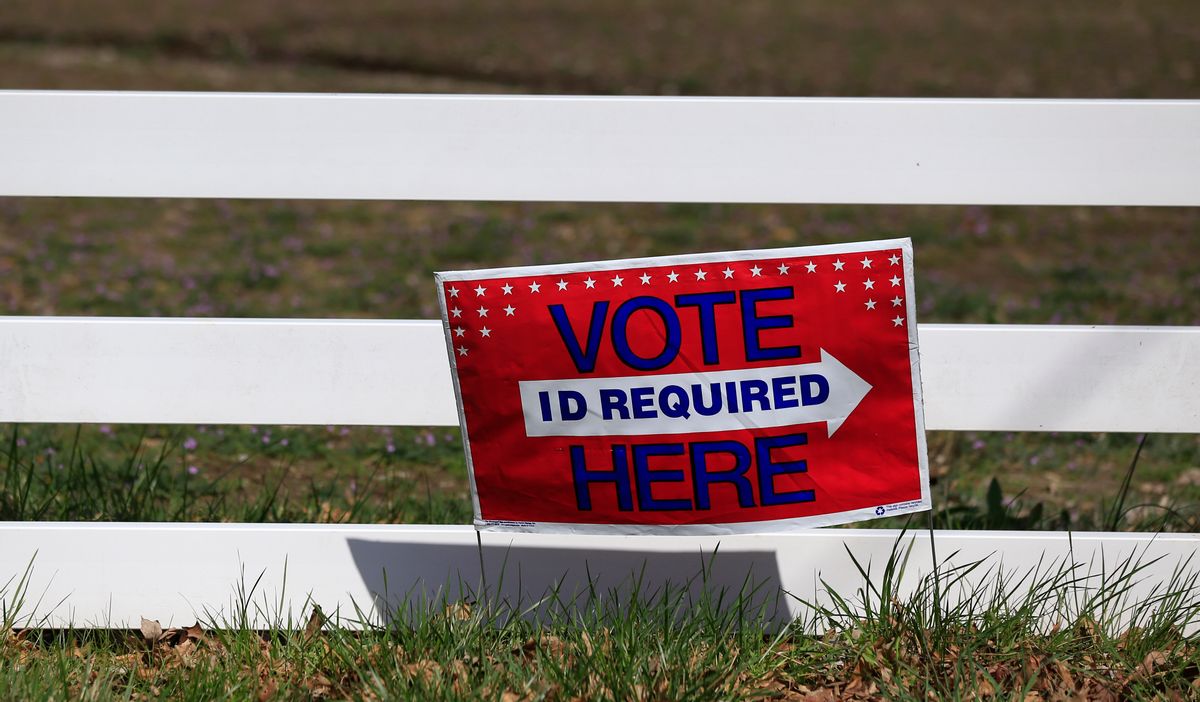 A sign directing voters is posted along a fence line at the Platte County Fair Grounds in Tracy, Mo. (AP)
--

My mother’s body carried the story of a struggle for freedom.

The scar on her thigh, a result of the violence that she and African-Americans and allies faced more than half a century ago on Bloody Sunday in Selma, Alabama, was inseparable from her identity as a fighter for justice.

Like thousands of others, my mother put her body on the line for our constitutional freedoms. Such desperate measures were required in order to propel the generations-old struggle for equality. Against this background, the Missouri legislature’s actions last week, 51 years after Selma, represent a painful assault on the right to vote that our elders paid for in blood and death.

In order to pass a restrictive photo ID bill, the legislature had to pass a resolution to water down Missouri’s constitutional right to vote. Voter ID is incompatible with our constitution’s strong right-to-vote provision, so they sought to weaken it.

These measures equate to a full-force attack on the voting rights of Missourians – especially voters of color, who face disproportionate barriers to acquiring a photo ID, and for whom equal access to voting remains elusive.

Lacking evidence in support of voter ID, the intentions of those attacking the hard-fought right to vote have been laid bare. They seek to roll back the right to vote from the Missouri Constitution in order to make access to the ballot a little harder for young people, the elderly, the poor and communities of color. Ultimately, they see this as a way to secure their grip on power.

Racial and power dynamics have been joined at the hip since our state’s inception – generations of African-Americans and our allies have put it all on the line for our rights since the beginning. The newest attack on the right to vote is the latest chapter of a struggle that started with slavery and its expansion into the western United States.

The Missouri Compromise of 1820, a coup by the pro-slavery forces that extended bondage in our state for generations, makes Missouri a major player in our nation’s white supremacist history. The Dred Scott case was argued here. And the Civil War’s fault lines traveled right through the middle of this state. Because of this, our 1875 constitution included an explicit right to vote – one of the strongest in the nation. This provision came up under complicated circumstances, to be sure. But for African-Americans, the right to vote included in that constitution has served both as an important safeguard and symbol of progress away from Missouri’s pro-slavery heritage.

When my mother put her body on the line for the right to vote, there was a sense that our nation was making painful but steady progress. Little did she know that half a century later the Missouri Legislature would seek to revoke our sacred right to vote, precisely with hopes of keeping people – especially African-Americans – away from the ballot.

Missourian Mark Twain once said, “History doesn’t repeat itself but it does rhyme.” Watching today’s politicians align themselves with the white supremacist positions of the 1800s and 1960s – which sought to use every trick in the book to keep people of color from voting – echoes the tyranny of the past. Some used coded language while others veiled their design with talk of process. But ultimately, in the past and now, this is about restricting access to the ballot to the privileged few – all to rig the system for their advantage.

The religious tradition in my household dictated that righteousness goes hand in hand with truth telling. To not tell the truth, even when it hurts, is considered sinful.

I wish I were not in the position of having to point out painful truths. But to anyone who is aware of our state’s history, and how power seeks permanence, we know we cannot stay quiet.

As my mother watches from heaven, I vow to continue the fight she started. It is everyone’s duty to stand up and decry this attempt to take away the right to vote.