The good albums of 1996 were inventive, forceful, noisy, and melodic -- let's revisit these 10 great works of art 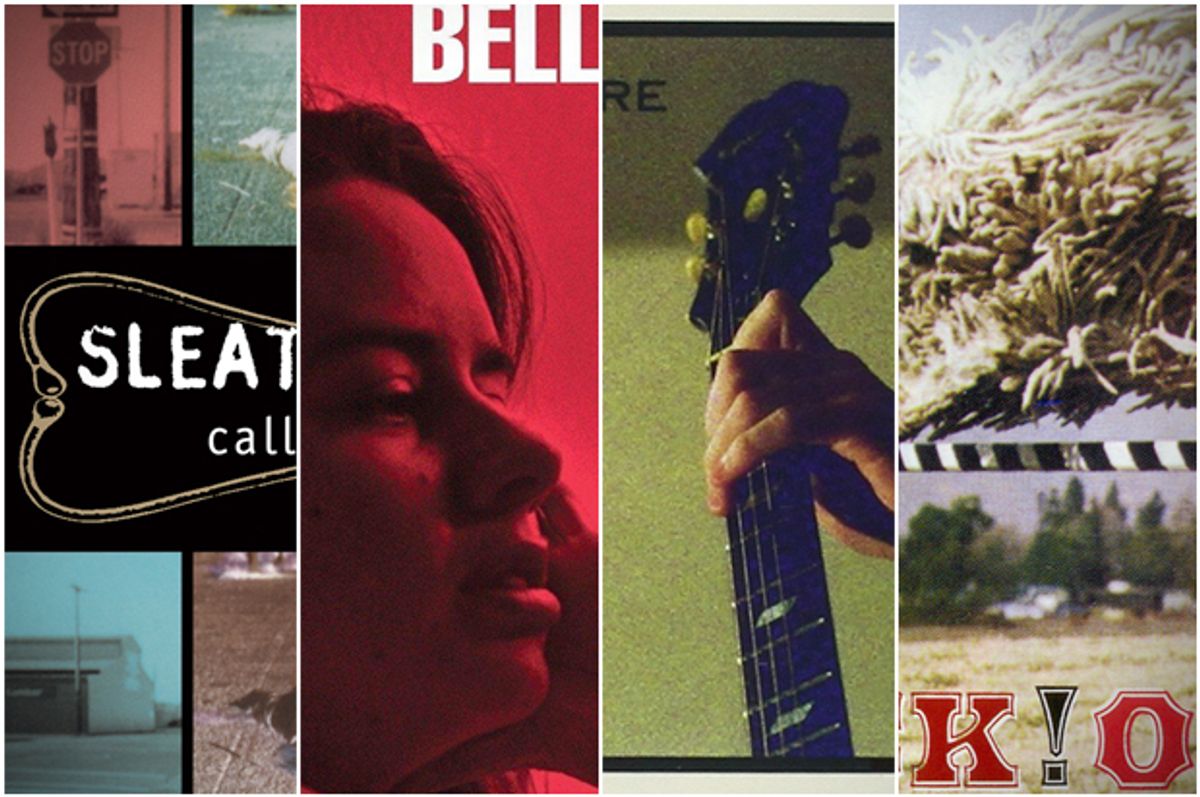 There have been all kinds of ups and downs to the indie rock movement – a genre made up of so many different bands and subgenres that it’s hard to speak of as a single entity. But in some ways, indie followed solid contours: A style that depended heavily on college radio got a jolt in 1991 with the breakthrough of Nirvana’s “Nevermind,” and then withstood some damage when the business lost faith in indie after Kurt Cobain’s 1994 suicide. By 1999, Pavement, the best of the American indie bands, broke up, and teen pop became enormous. The same year, Britney Spears went from opening for NSYNC to releasing her first album, “…Baby One More Time.”

Indie certainly wasn’t over. Good, great, and terrible indie bands would continue to record and tour – including some that didn’t exist in the ‘90s at all -- but the indie-rock boom was over. Teen pop would remain popular, and country, hip hop, and R&B would dominate sales and media attention. Each year had its share of indie records, but it would never produce as much good work as it did in the ‘90s.

And 20 years ago, 1996, was the best year of them all. Pavement didn’t release an album that year – though the Silver Jews, who I wish I had space for here, did -- and some bands did better work on other records. There were other great years. But this was a year when a lot of things came together.

1. Sleater-Kinney, “Call the Doctor”
Not the pioneering Northwestern group’s first album, but its first great one. Punk-rock force matched with strange, sometimes droning guitars (there is no bass on the album), “Call the Doctor” showed that one of indie-rock’s most enduring bands had arrived in a big, noisy way.

2. Guided by Voices, “Under the Bushes Under the Stars”
Guided by Voices had made its name with short, hissing, low-fi fragments that sometimes offered hooks that were impossible to forget. With this album, the group enlisted Breeder Kim Deal for a cleaner kind of production that did not remove any of GbV’s individuality.

3. Tortoise, “Millions Living Now Will Never Die”
Looking back, the “postrock” movement that came out of Chicago may not have been as substantial as it originally promised to be. But this album was one of its high points. And the opening track, the 21-minute“Djed,” showed how a form that added jazz and experimental music to the usual indie mix could stretch out in eerie, fascinating ways.

4. Lilys, “Better Can’t Make Your Life Better”
One of the best things about ‘90s indie rock was the way Gen Xers delved into moments from the ‘60s that Boomers had drifted away from or never engaged the first time. The Zombies and the “Something Else”-era Kinks were important ingredients for this phase of Lilys’ career, and this short album has so many great melodies it’s hard not to play it multiple times at one sitting.

5. Cat Power, “What Would the Community Think”
She may have the greatest female voice in indie rock, and this album, produced by Sonic Youth’s Steve Shelley, matches it with richly dissonant guitar playing as well as quiet, folky moments.

6. Wilco, “Being There”
This record is so central to the alt-country scene I’m tempted to leave it off this list. But Wilco has been such a shape-shifter, and “Being There” has so much soul, that it seems foolish. As traditional as the album is, it brought new life to “Exile” era Stones and vaguely country-ish roots. Whatever you call it, this is arguably the album of the decade.

7. Belle & Sebastian, “If You’re Feeling Sinister”
Chamber pop, folk music, and a Smiths-y sensibility come together in an album that became the first U.S. release by one of the key bands of rock history. The Glasgow group would go on to become a devastating live act, and a group with numerous styles (including Northern Soul) up its sleeve. Don’t miss “Like Dylan in the Movies.”

8. Bedhead, “Beheaded”
One of the most overlooked of the era’s indie groups, this group of Velvet Underground fans from Texas tended to start songs slow and quiet and then built them into shimmering cathedrals. And sometimes they could be outright tuneful, like on “What’s Missing.”

9. Beck, “Odelay”
For the most part, indie rock had trouble connecting with sample-delic madness of hip hop. But Beck knew how to cut and mix, and had the ability to make country, psychedelia, blues, funk and everything else sound like it belonged together.

10. Olivia Tremor Control, “Dusk at Cubist Castle”: The “Pet Sounds”-obsessed Elephant 6 movement made some of the most inventive ‘90s indie rock, and this album showed how many weird sounds – retro, futuristic – could be brought together without a recording completely falling apart. Neutral Milk Hotel became more famous, but OTC had a real gift. Listen to the Beatlesque “No Growing (Exegesis)” if you missed them.

Honorable mention: Scud Mountain Boys, “Massachusetts”
Somewhere between indie, old country, and alt-folk is this weary gem that reaches a height of depressive grace: Joe Pernice’s voice has so much ache in it it’s a shame the band broke up after this one.