"Game of Thrones" fans freak out: Was Jason Momoa dropping acid on Instagram!?

The photo appears to be nothing more than a publicity stunt 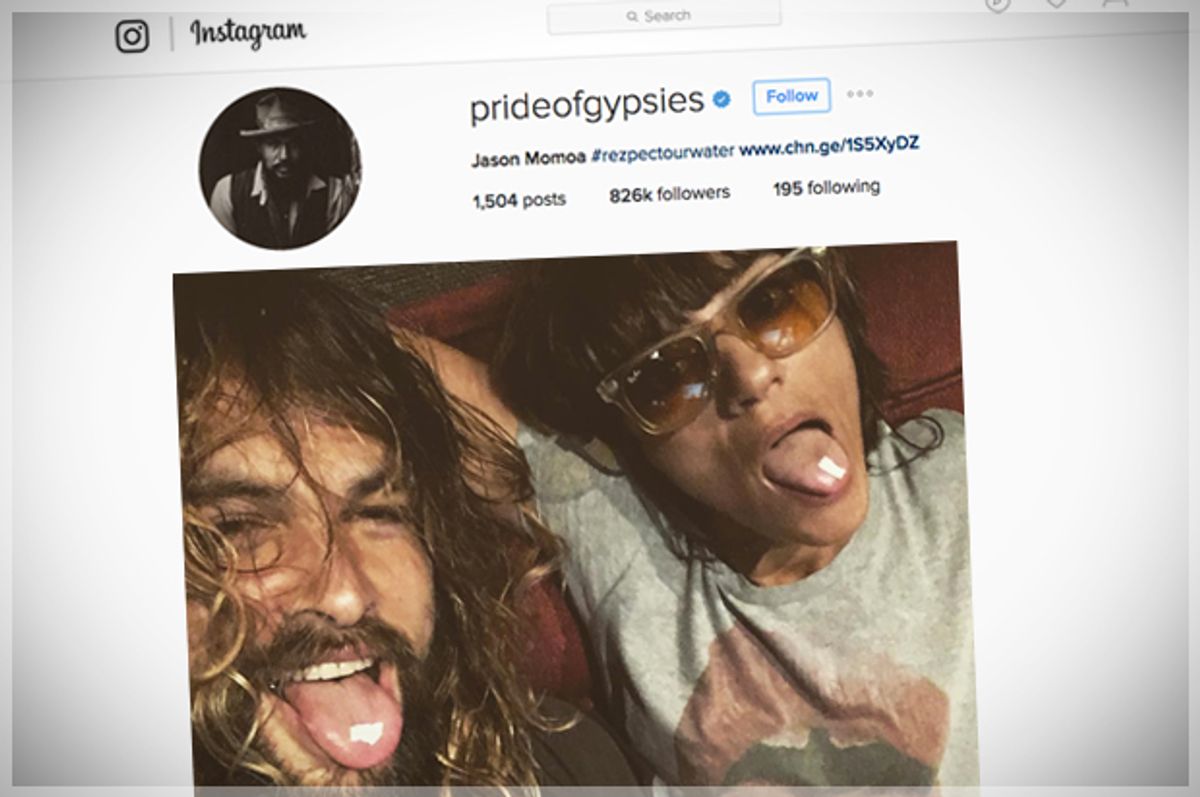 Former “Game of Thrones” star Jason Momoa, a.k.a Khal Drogo, caused a stir on Instagram this Memorial Day with a post that, sans context, would appear to show him and director Ana Lily Amirpour dropping acid.

Looping with lily @lilyinapad #imbadbatchbitch can't wait for u all to see it. "Buy the ticket, take the ride" HS. Gettin weird j

In the accompanying caption, Momoa wrote that he’s “looping” with Lily. Looping, as it relates to hallucinogenic drugs, refers to a repeated tic.

But the hashtag #imbadbatchbitch points to Momoa’s forthcoming film — directed by Amirpour — that IMDb describes as “A dystopian love story in a Texas wasteland and set in a community of cannibals.”

Absent any other info, the social media stunt appears to be just that. “The Bad Batch” — starring Momoa, Keanu Reeves, and Jim Carrey — is currently in post-production.