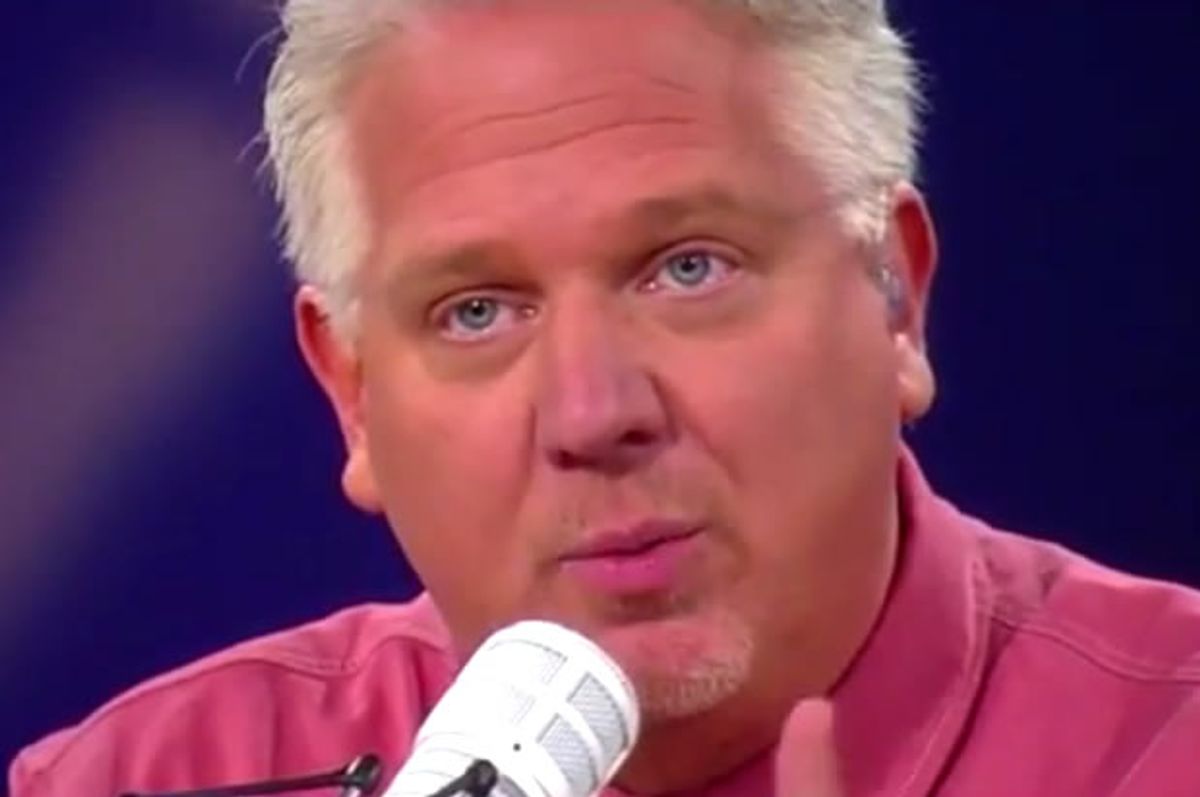 Glenn Beck's radio program has been suspended from its SiriusXM simulcast after Beck described the election of Donald Trump as a "possible extinction-level event for capitalism" during an interview with a guest who suggested that a "patriot" will then need to "step up" and "remove him from office."

“This could bring down incredible heat on me because I’m about to suggest something very bad — it is a hypothetical I’m going to ask as a thriller writer,” Thor said. “With the feckless, spineless Congress we have, who will stand in the way of Donald Trump overstepping his constitutional authority as President? If Congress won’t remove him from office, what patriot will step up and do that? If — if — he overstates his constitutionally-granted authority I should say as president, if he oversteps that, how do we get him out of office? I don’t think there is a legal means available. I think it will be a terrible, terrible position the American people will be in to get Trump out of office, because you won’t be able to do it through Congress.”

Instead of following up on Thor’s remark about Trump's “removal” from office, Beck simply said he agreed before going on to say that he believed the economy would “reset” and decline “even if Jesus were in office.”

“I would agree with you on that,” Beck said. “I don’t think that you actually have the voices. We’ve been talking about this off-air for a while; I think the voices like ours go away."

Beck then angrily took to Facebook, conservatives' favorite social media platform, to slam Drudge and deny the assertion that Wednesday's show included the promotion of violence:

For his part, Thor took to Twitter to defend himself, describing his conversation with Beck as a "hypothetical":

Later on his show, Beck responded to the growing controversy by claiming that he did not interpret Thor's fan-fiction as a serious suggestion for an assassination attempt on Trump, and continued his attacks on Drudge.

"Now, again, this show is an opinion show. That's what we do. We tell you the news, and then we give you our opinion on the news," Beck said. "That's not what Matt Drudge is. Matt Drudge is a website that links to the news. But his news -- his news sources have become Breitbart, who, Breitbart is a wholly-owned subsidiary of Trump industries."

“Mr. Smith Goes to Washington” — Jimmy Stewart standing there all alone on the Senate floor, saying, ‘I’ll just keep talkin’. Somebody’s gotta hear me!’  That’s what I heard,” Beck said of his conversation with Thor.

However, the satellite radio network that simulcasts Beck's program disagreed, saying it felt like the conversation could be viewed as “advocating harm against an individual currently running for office,” in a statement announcing the show's suspension on Tuesday.

“SiriusXM encourages a diversity of discourse and opinion on our talk programs,” the company said in a statement to Politico. “However, comments recently made by a guest on the independently produced Glenn Beck Program, in our judgement, may be reasonably construed by some to have been advocating harm against an individual currently running for office, which we cannot and will not condone. For that reason, we have suspended The Glenn Beck Program from our Patriot channel for the coming week and are evaluating its place in our lineup going forward. SiriusXM is committed to a spirited, robust, yet responsible political conversation and believes this action reflects those values.”

Beck's time slot on SirusXM will be temporarily replaced by a show from evening host David Webb.

Listen to the conversation that got Beck booted from the air via the Blaze Radio, starting around four minutes in: