Go ahead, believe in romance: It will make you a happier, more committed partner

Research says belief in enduring love, not a "tragic" view of relationships, makes you more willing to fight for it 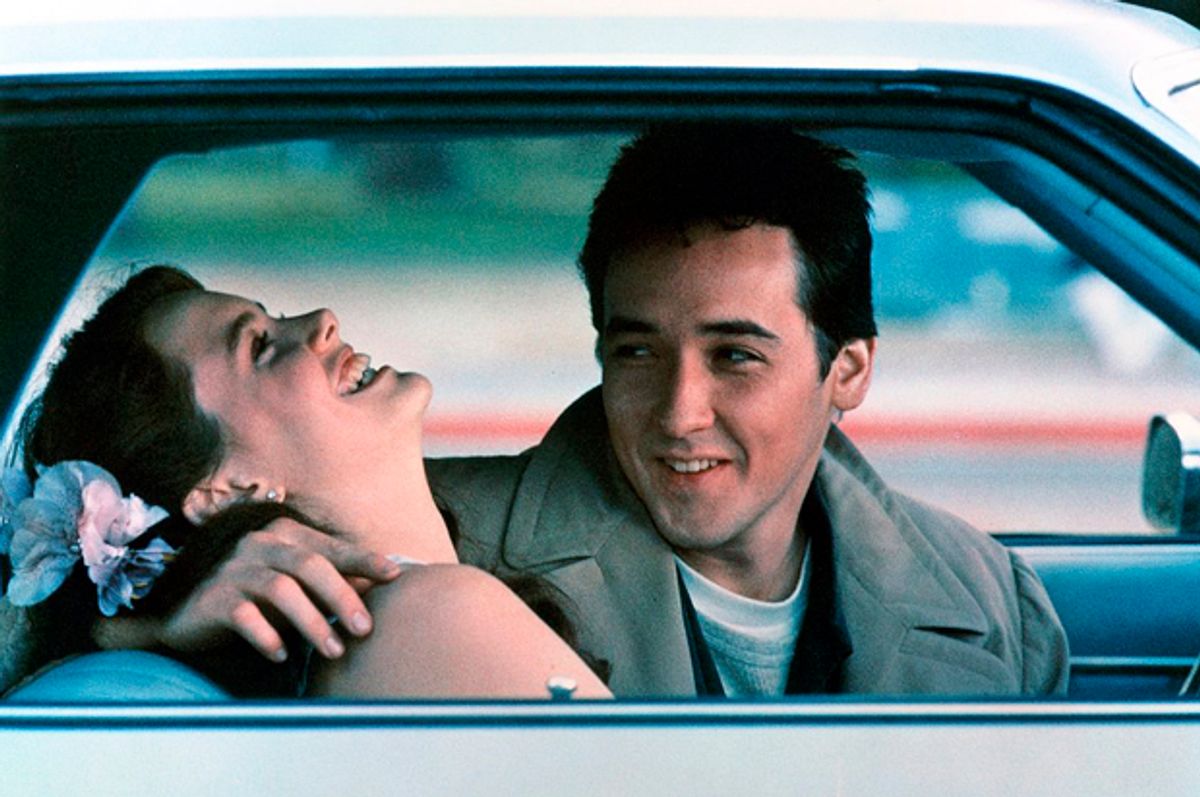 I grew up loving love stories. An early taste for fairy tales as a child led to an interest in Shakespeare and Homer. I was drawn to the heroes, the muses and the possibility of love not conquering, but triumphing over seemingly impossible obstacles. I liked having something more tangible than tales of damsels in distress to believe in.

Television shows like “Sex and the City” reinforced the notion that relationships could succeed with time, dedication and a little bit of luck despite the flaws of each partner. Indie-rock songs blared on repeat in my room as singers crooned about love lost under stars or found under bar lights, the implication being that either one could be tragically lost or serendipitously occur in the span of a breath. Maybe the stars would align and allow two planets to join in orbit. Maybe they’d collide and swallow one another in a black hole.

With the arrival of warm weather, romance buzzes like cicadas while also overwhelming nearly every form of media. Movies like “Me Before You,” coming out on Friday, and shows like “The Bachelorette” suggest we still have a very real interest in the possibility of romance. Emma Straub’s new novel "Modern Lovers" examines love as both a fictionalized form of entertainment and very real component of the human condition. It pains us, excites us, frustrates and compels us to do stupid and extraordinary things -- and yet we seem ever-willing to come back for more.

Alain de Botton examines marriage and Romance in a recent New York Times article, explaining that people choose to marry the wrong people, based on a subscription to Romantic philosophy:

“We need to swap the Romantic view for a tragic (and at points comedic) awareness that every human will frustrate, anger, annoy, madden and disappoint us — and we will (without any malice) do the same to them. There can be no end to our sense of emptiness and incompleteness. But none of this is unusual or grounds for divorce. Choosing whom to commit ourselves to is merely a case of identifying which particular variety of suffering we would most like to sacrifice ourselves for.”

Swapping a romantic view of love for a tragic one makes about as much sense to me as calculus did in college — it just doesn’t add up. As a literary form, Romanticism champions strong emotional connections and responses, a certain awe of nature, and the imagination of the individual. We’re drawn to romances because they give us something to aspire to; we know not to model ourselves after mooncalf lovers regardless of verisimilitude. There’s nothing wrong with believing things will work out, and science now offers hope for all the romantics out there.

New research is investigating the effects of romantic values on contemporary society. As younger generations try to navigate the lust frontier amidst hook-up culture, high divorce rates and a recovering economy, it seems almost silly for people to hold onto concepts like soul mates and love at first sight. Scientists are finding the opposite to be true. Believing in romance is showing to lead to higher satisfaction and levels of commitment.

A recent article published in the Journal of Social and Personal Relationships examined how romantic ideals shape commitment and satisfaction in relationships. The study’s authors found respondents who believed in love at first sight and soul mates, and questioned whether this degree of idealism affected the course of dating with a partner in the real world outside of novels and romantic comedies.

The researchers determined romantic beliefs positively correlated with relationship satisfaction and commitment. Those who valued enduring love were more likely to fight for it and run the risk of making themselves vulnerable to being torn apart by it. They were also the ones who reaped the most from it.

In the paper, authors Sarah Vannier and Lucia O’Sullivan write, “romantic beliefs do not appear to foster false or unobtainable expectations for romantic relationships, and the concerns regarding the endorsement of these beliefs may be misplaced.”

In the new edition of "Anatomy of Love," biological anthropologist Helen Fisher explores the factors that lead modern Americans to continue to seek out marriage, and learned romance plays a critical role. Fisher’s research found single people prize finding a soulmate above all else in a relationship. Additionally, more than 54 percent not only value -- but fully believe in -- love at first sight.

Simply put, “In America, as much as in the postindustrial world,” writes Fisher, “romantic love is in full bloom.”

I don’t think I’ll ever be willing to give up my predilection for love stories or have the restraint to hold back in a relationship I’m excited about. It’s paramount to be cognizant of the differences between our love lives and those of characters in romances: Their fates are written, whereas ours are not. Whether it’s a long-time love or a summer romance, I don’t see any point in not enjoying it fully. At least until the next fall.