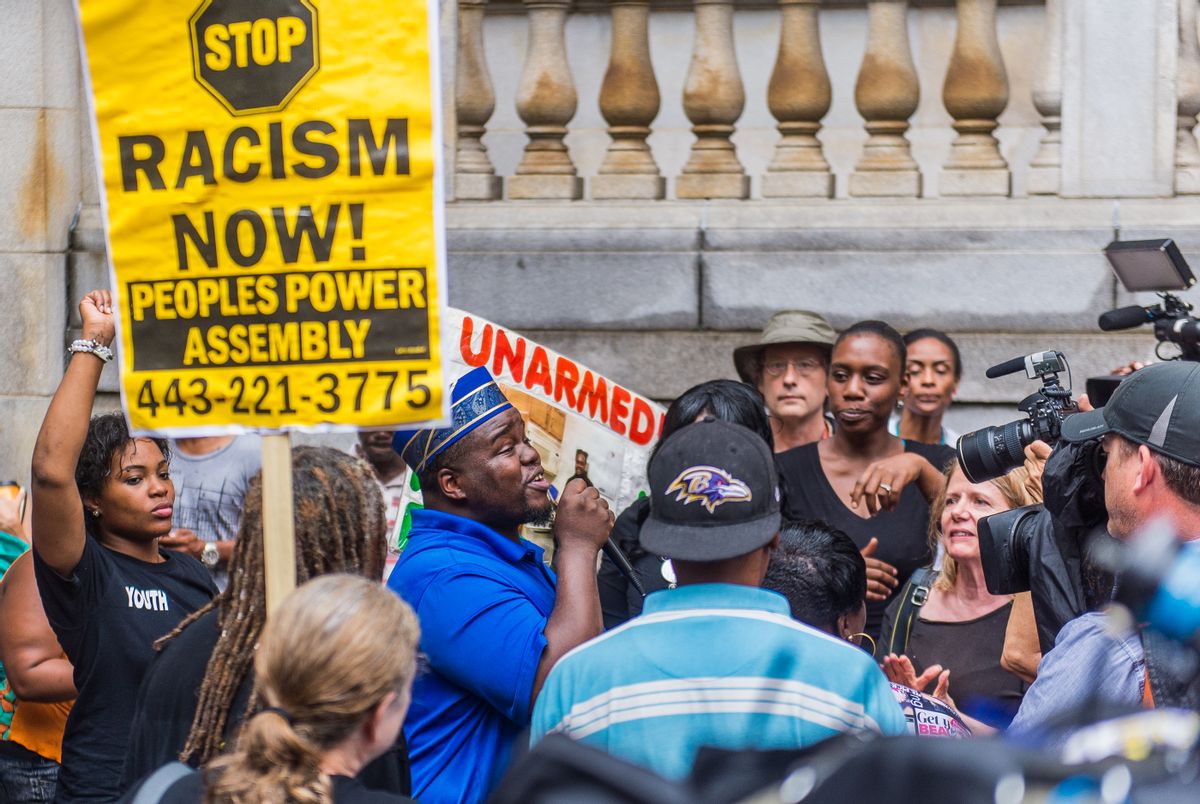 As the Obama presidency draws to a close, and the primary exposes cleavages across both age and racial lines in the Democratic Party coalition, there has been an intense debate about the role of racism in fomenting and hampering support for policies aimed at helping the poor and working class.

Some have argued that locating race and racism as the central component of Democratic politics primarily serves to deflect blame from neoliberal economic policies, harming the possibilities for a more progressive, class-focused political movement. At another end of the spectrum are those who accept the importance of race and racism, but depend upon a simplified political narrative that sees racism primarily associated with Southern white working class disdain for Blacks. This perspective fails to acknowledge the racism across all income groups and lets powerful racists off the hook too easily.

However, the reality is more nuanced. It is too simple to claim racist attitudes only exist among low-income, out-of-their luck whites. Additionally, a focus on conservative or Republican Party racism fails to fully comprehend the ways that race and racism are fundamental to the American political condition. Using data from the 2016 American National Election Study, we find evidence that racism provides a key explanation for America’s relative lack of support for economic redistribution and that income does not strongly predict racial attitudes. Rather, racism frequently divides both working class and college educated whites against a robust safety net. Based on our analysis of the ways that continuing racial biases undermine support for the broader liberal Democratic project, we argue that continued progress is not possible without attention to the deep structural racial biases in American society.

To explore how racial attitudes affect support for policies to reduce economic inequality we used the 2016 American National Election Studies survey (see our previous discussion of the dataset here). We begin by examining the role played by racial resentment, expressions of resentment towards Blacks because of perceived “special treatment” by government, or a perception that Black people just do not try hard enough to get ahead. For instance, one question asks respondents whether they agree or disagree with the following statement: “It's really a matter of some people not trying hard enough; if blacks would only try harder they could be just as well off as whites.” In this way, racial resentment measures attitudes about race that are more complex, symbolic, and indirect than overt racial stereotyping and negative feelings. We created a variable scale from four survey questions that explore these symbolically racist attitudes. Using the racial resentment scale, we compare support among white people for various redistributive policies across party identification and political ideology. In addition, the models include controls for race-ethnicity, education, age, family income, gender, perceptions of the economy, and overtly negative racial stereotypes of black people.

Our results, illustrated below, strongly suggest that racial resentment is a barrier to more support for progressive policy, regardless of partisan identification. Among both white Democrats and Republicans, predicted support for increasing the minimum wage declines significantly as racial resentment increases. The least racially resentful white Republicans are significantly more likely to support a higher minimum wage than the most racially resentful Democrats. We also find that racial resentment also strongly predicts white opposition to increasing child care spending. For both of these policies, raising the minimum wage and increased government spending on child care, Republicans and Democrats are practically indistinguishable from each other. Racial resentment makes their level of support almost equal. For the other two survey questions, support for increased health care spending and level of government services/spending, the effect of racial resentment is similar: racial resentment decreases support among both Democrats and Republicans. This is particularly of note, because studies suggest that racism was a barrier to the Medicaid expansion. Interestingly, however, there is still a significant gap between Democrats and Republicans in support for expanded health care and on the general preference for a reduction in government services. This is also consistent with previous research into the ways that attitudes towards both health care policy and budget deficits have become strongly politicized in the era of partisan polarization. Nonetheless, on all three issues, the gap between the most resentful whites and the least resentful whites is greater than the gap between white Republicans and white Democrats. Democratic partisanship is no guarantee of resistance to the pernicious influence of racial resentment. Elites And The Working Class

To imagine that the dominant form of racism is a working class white conservative, who thinks Obama is a Muslim is a disservice. Certainly, this is an important form of racism that must be combatted. However, this theory of racism implicitly assumes that racism is not prevalent among the highly educated and affluent. Our analysis complicates this narrative. First, our models provide no support for the argument that income is a significant predictor of racial resentment, anti-Black stereotyping, or negative feelings towards Blacks. Additionally, our analysis of the connection between education, racial attitudes, and support for redistribution suggests that education can cause additional policy cleavages. Evidence suggests that elite whites also have racial biases, but they are often expressed in different ways. Desegregation can be just as difficult in Brooklyn as it is in Mississippi. And powerful whites like Donald Sterling can act on their racial prejudice, decimating black upward mobility. Further, Republican politicians have explicitly used racial animus to divide the working class and split off Southern whites. The strategy has worked successfully, with Southern whites leaning more Republican than non-Southern whites in every election since. The Southern Strategy shows that the powerful have no qualms with stoking racial resentment for their benefit.  Far from being a strategy designed by the working class, the Southern Strategy was designed and employed by some of the most powerful American politicians, including Reagan, H.W. Bush and Nixon. It was overseen by highly-paid and highly-educated Republican lobbyists.

Further, structural racism remains an important reality in American politics. The mainstream conception of liberalism is still too wedded to the idea that the dominant form of racism in America is the Bull Conner style, rather than the Wells Fargo style. Today, powerful corporations exploit mass incarceration for cheap labor and private prisons exploit racism for profit. The legacies of white affirmative action show up in the stunning racial wealth disparities. Tax policy favors white homeowners while the Tea Party mobilizes against policies that would help underwater lenders. Though white families have largely recovered from the housing crash, Black and Hispanic families remain underwater.

It is also too simple to simply note that racism has torn about economic progressivism without discussing how neoliberal economic policies have exacerbated racial justice. The deregulation of subprime mortgages set the stage for the decimation of black and Latino wealth. However, it’s important to note that racism has been deployed strategically by a plutocratic class to entrench racial and economic disparities. Our analysis suggests powerfully that racial animus is a key to understanding why the United States doesn’t have a more robust safety net. The selective expansion of Medicaid, the fact that the Temporary Assistance to Needy Families (TANF) program is weakest in states where racial resentment is strongest, and that racial diversity strongly predicts social spending internationally all support our analysis. Racism is one of the most important, if not the most important, impediment to a more robust safety net in America.