Johnny Depp's defenders don't get it: Being a "very low-key guy" isn't evidence of anything 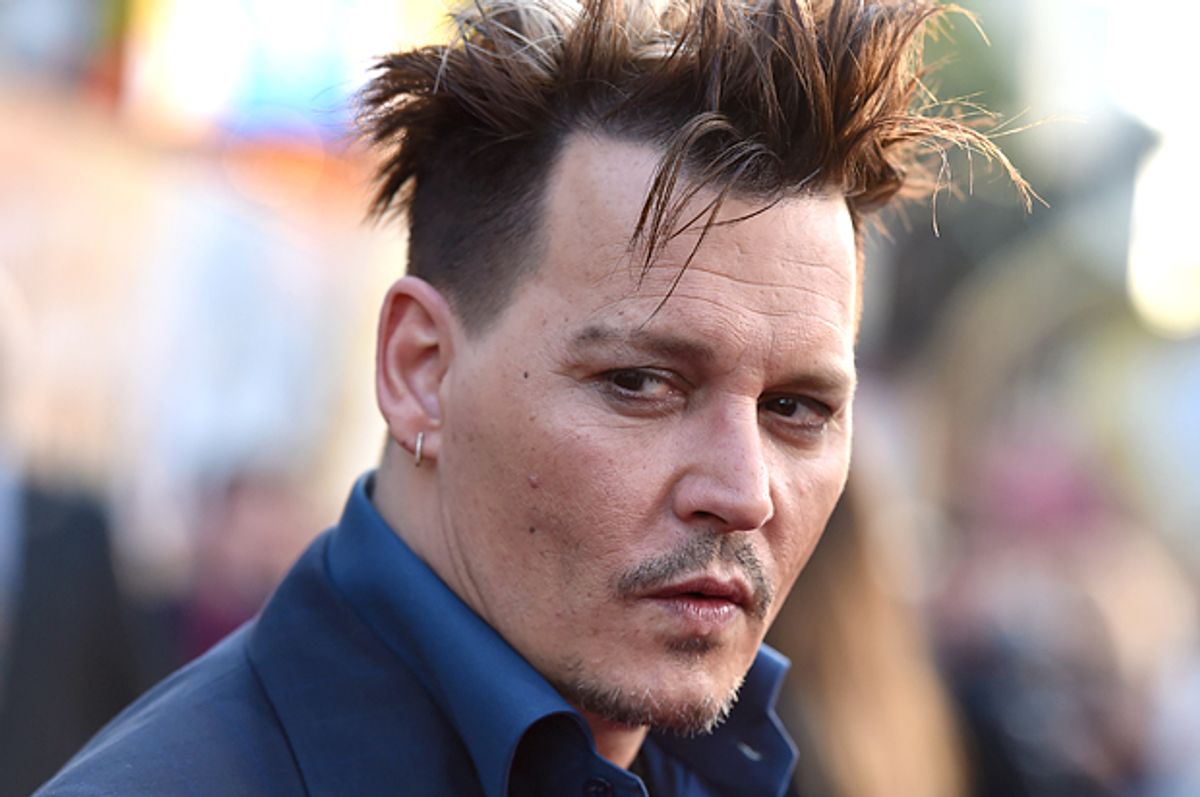 When the news surfaced last week that Johnny Depp's estranged wife, Amber Heard, had successfully filed a restraining order against her Oscar-nominated spouse after allegations of physical and verbal abuse, plenty of the reactions were swift and certain. And of course, as is so often the case when a well-regarded guy is accused of hurting a women or women, the consensus has not been running in favor of believing Heard.

The 30 year-old Heard abruptly filed for divorce from her spouse of just fifteen months last week, two days after a May 21 incident in which she summoned the Los Angeles police to their home. At the time, police observed "no evidence" of a crime, and Heard reportedly told officers that it had been a "verbal dispute only." But in her request for the restraining order, she said that during the "entirety of our relationship, Johnny has been verbally and physically abusive to me. I endured excessive emotional, verbal and physical abuse from Johnny, which has included angry, hostile, humiliating and threatening assaults to me whenever I questioned his authority or disagreed with him." She also submitted photos of smashed glass in their home, and appeared to have a bruise on her right cheek. She said that during their argument, "Johnny grabbed the cell phone, wound up his arm like a baseball pitcher and threw the cell phone at me striking my cheek and eye with great force."

In a Tuesday statement, Heard's attorneys said that initially, "Amber acted no differently than many victims of domestic violence, who think first of the harm that might come to the abuser, rather than the abuse they have already suffered…. As the result of Amber’s decision to decline giving an initial statement to the LAPD, her silence has been used against her by Johnny’s team. Amber did not provide a statement to the LAPD in an attempt to protect her privacy and Johnny’s career." The attorneys claim that she has "suffered through years of physical and psychological abuse at the hands of Johnny" and "cannot continue to leave herself open to the vicious false and malicious allegations that have infected the media." They add that her accusations are "not motivated by money." In a weekend statement, Depp's camp said that "Johnny will not respond to any of the salacious false stories, gossip, misinformation and lies about his personal life."

But don't worry, because other people will be glad to step up and respond! Writing in The Wrap this weekend, comic Doug Stanhope delivered the scathing accusation that "Johnny Depp Is Being Blackmailed by Amber Heard – Here’s How I Know." In it, he claimed that "My girlfriend, Bingo, and I have known Johnny Depp for a few years now. We have watched Amber Heard f— with him at his weakest — or watched him at his weakest from being f—ed with — for the entire time we’ve known him." Stanhope said they'd been at Depp's home shortly before the May 21 incident, and that Depp had told him that "Amber was now going to leave him, threatening to lie about him publicly in any and every possible duplicitous way if he didn’t agree to her terms. Blackmail is what I would imagine other people might put it, including the manner in which he is now being vilified…. He still pronounced his love for Amber but was presciently aware that she was going to pull off some kind of ruse to f— him over…. Johnny doesn’t abuse anyone. And he told me that day ahead of time that she’d pull some kind of s— like this." Stanhope, by the way, had a new book come out earlier this month. Depp wrote the foreword.

He makes a persuasive argument — but it does not prove that Depp "doesn't abuse anyone" or what actually happened during an incident that Stanhope was not present for. And other Depp defenders have even less evidence to go on. Speaking to TMZ, Mickey Rourke recently asserted that "He doesn't seem like a very violent man to me … He’s a very low-key guy, he's always been really low key and a gentleman and not violent." On Twitter, Paul Bethany said that he's "known Johnny Depp for years and through several relationships. He's the sweetest, kindest, gentlest man that I've ever known. Just saying…. All I'm saying-Domestic violence is a serious allegation. Trial by twitter is unhelpful. Let the facts come out before rushing to judgment." Elsewhere on Twitter, director Terry Gilliam opined that "Like many of Johnny Depp's friends I'm discovering that Amber is a better actress than I thought."

You can understand why Depp's own daughter Lily-Rose would come to his defense, posting on Instagram that "My dad is the sweetest most loving person I know, he's been nothing but a wonderful father to my little brother and I, and everyone who knows him would say the same." You can likewise certainly see why his friends would want to believe him incapable of harming someone. And they may be right. But the immediate and widespread rush to assume that a man who is so pleasant-looking, so appealing in those Disney movies, couldn't possibly be an abuser is pretty goddamn preposterous. Guess what — sometimes people who play genial characters are not good human beings in private. Not every domestic abuser has an easily verified history of arrests and public brawls. And likability isn't evidence of innocence.