VIDEO: Bullying, threatening the mother of the boy who fell into the gorilla enclosure will not bring Harambe back

The internet rage over the gorilla's death is out of control 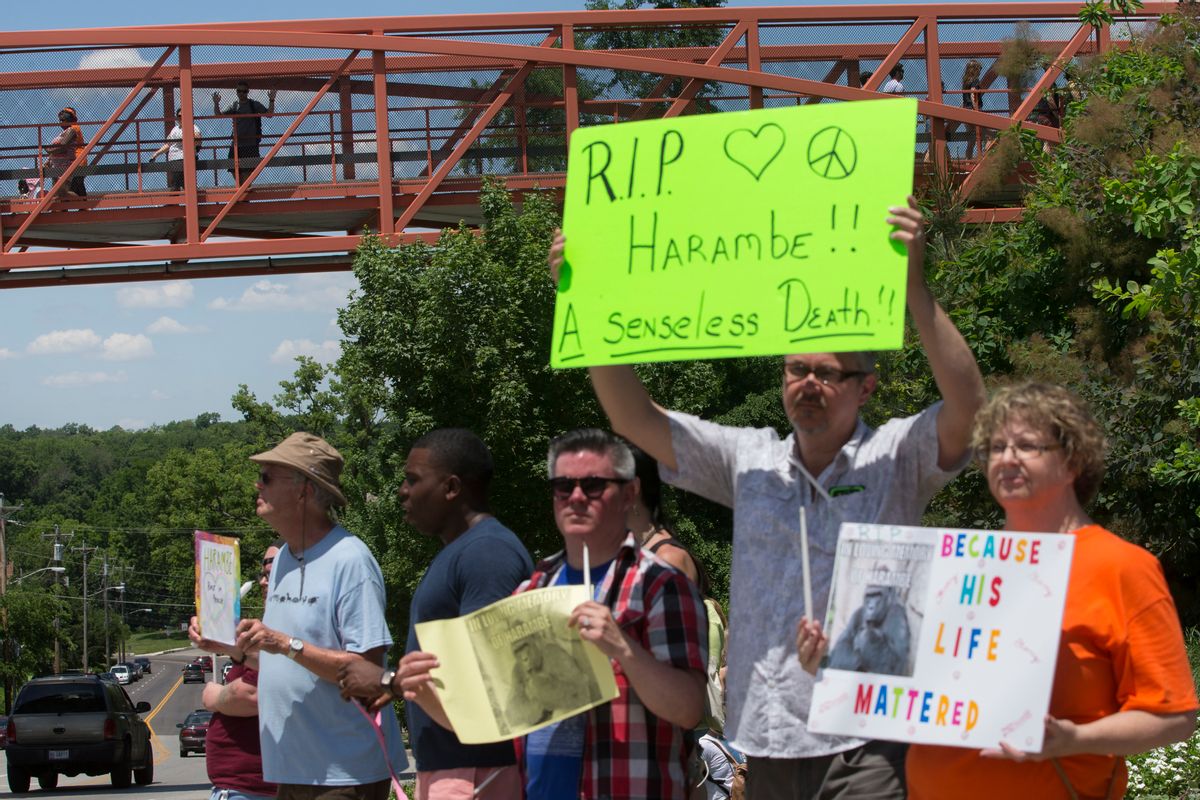 Zoo visitors look at protestors and mourners from a walk bridge during a vigil for the gorilla Harambe outside the Cincinnati Zoo & Botanical Garden, Monday, May 30, 2016, in Cincinnati. Harambe was killed Saturday at the Cincinnati Zoo after a 4-year-old boy slipped into an exhibit and a special zoo response team concluded his life was in danger. (AP Photo/John Minchillo) (AP)
--

A three-year-old boy fell into a gorilla enclosure at the Cincinnati Zoo over the weekend and zoo officials were forced to shoot the 17-year-old gorilla named Harambe in order to protect the child. In the aftermath of the gorilla's tragic death, the internet exploded with bullying, hateful posts about the child's mother.

An online petition calls for child protective services to investigate her home and for her employers to fire her. The petition reads "the parents should be held accountable for the lack of supervision and negligence that caused Harambe to lose his life."

The internet rage, directly at the mother almost entirely, leaves out any mention of perhaps better safety enclosures at the zoo or even the dangerous nature of confining wild animals to enclosed spaces found at all zoos. Watch our video for footage of Harambe and the child in the enclosure and the internet rage that followed the endangered gorilla's death.