Study: More Americans than ever are having same-sex encounters, driven by a rise in bisexuality

Individuals reporting bisexual behavior more than doubled from 1990 to 2014 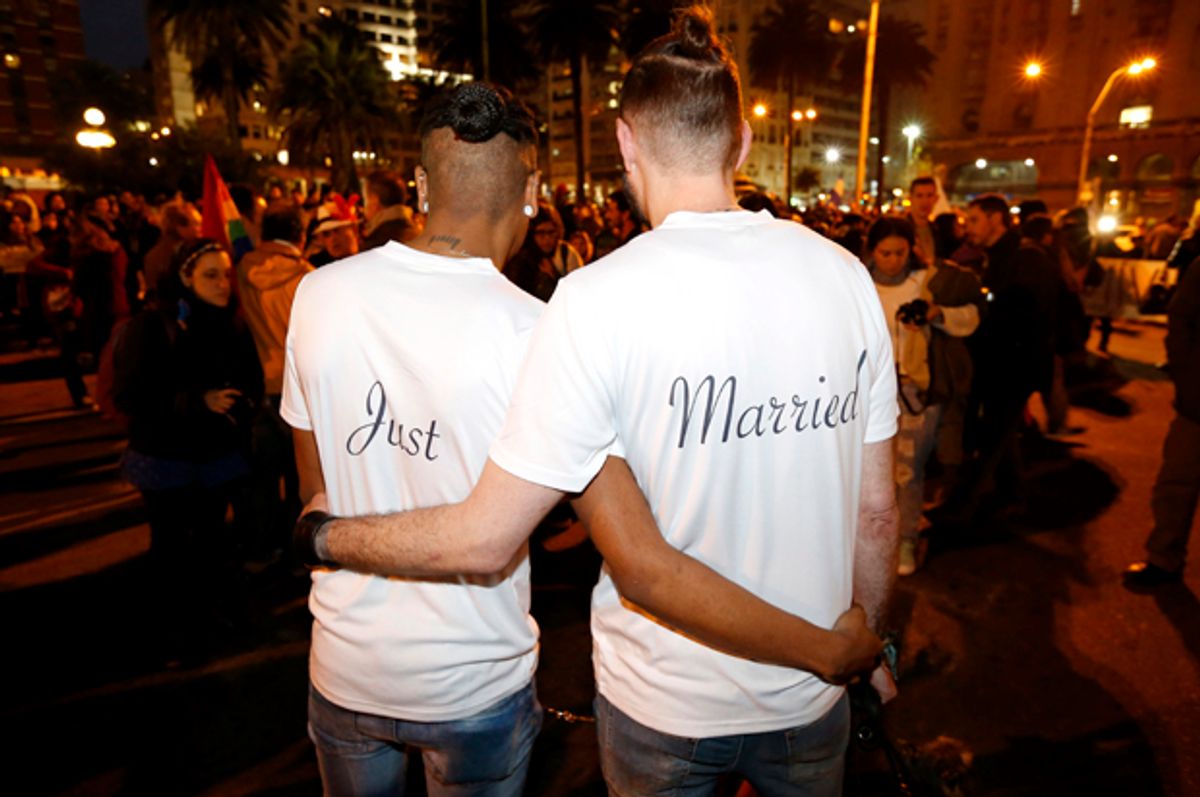 It's no secret at this point that Americans have grown more accepting of homosexual behavior in the past few decades, but a new study shows a sharp rise in the number of Americans who report having had same-sex encounters themselves.

The number of adults who say they've had a same-sex partner increased dramatically from 1990 to 2014 — from 3.6 to 8.7 percent for women and from 4.5 to 8.2 percent for men, according to a  study published Wednesday in the "Archives of Sexual Behavior."

The rise in same-sex encounters was driven largely by individuals engaging in bisexual behavior — strictly homosexual behavior stayed roughly flat over the same period. Individuals reporting bisexual behavior more than doubled from 1990 to 2014, from 3.1 percent to 7.7 percent, according to the survey, which included data from 33,728 people and spanned 41 years.

The study also demonstrates the accelerating deterioration of the once-widespread American taboo towards gay sex. In 1973, just 11 percent of Americans believed same-sex activity was "not wrong at all." By 1990, the figure rose only to 13 percent. But in 2014, 49 percent of Americans were accepting of homosexual behavior.

“Overall, it suggests that our sexuality has become much more free and open, that Americans feel much more freedom to express themselves sexually in a way that they see fit,” study author Janet Twenge, a psychology professor at San Diego State University, told Time. “That’s why it comes down to this individualistic viewpoint: do what’s right for you.”