Great news for Americans looking to get scammed out of their money! Trump says he'll reopen Trump University

"I have instructed my execs to open Trump U(?), so much interest in it!," Trump tweeted 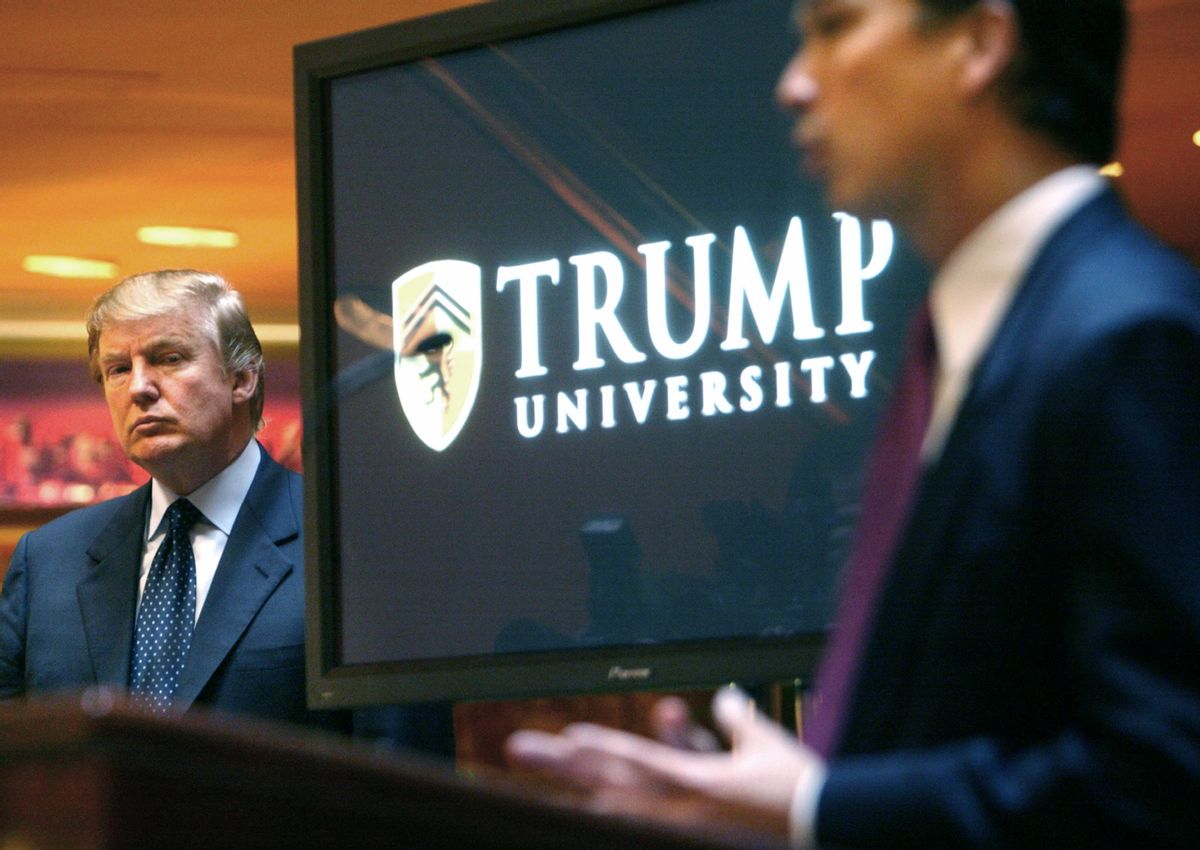 In 2005, Donald Trump announces the formation of Trump University with Michael Sexton (AP)
--

After recent revelations by former students and three lawsuits alleging Trump University was a scam of epic proportions, Donald Trump vowed on Thursday to reopen the real estate school once the litigation is over, according to Reuters.

The GOP's presumptive nominee tweeted that he would "instruct execs to open Trump U." This follows recent criticism from opponent Hillary Clinton who called Trump a "fraud" and accused him of "scam" with Trump University.

Even though I have a very biased and unfair judge in the Trump U civil case in San Diego, I have thousands of great reviews & will win case!

After the litigation is disposed of and the case won, I have instructed my execs to open Trump U(?), so much interest in it! I will be pres.

Trump is fighting two federal class action lawsuits in California, and the New York attorney general’s state fraud case. The school is accused of misleading thousands of naive students who paid up to $35,000 for seminars in real estate investment, but left with little to show for their trouble besides a mountain of debt.