To understand cries of "you're killing my childhood!" let's go back to when nostalgia was considered a disease 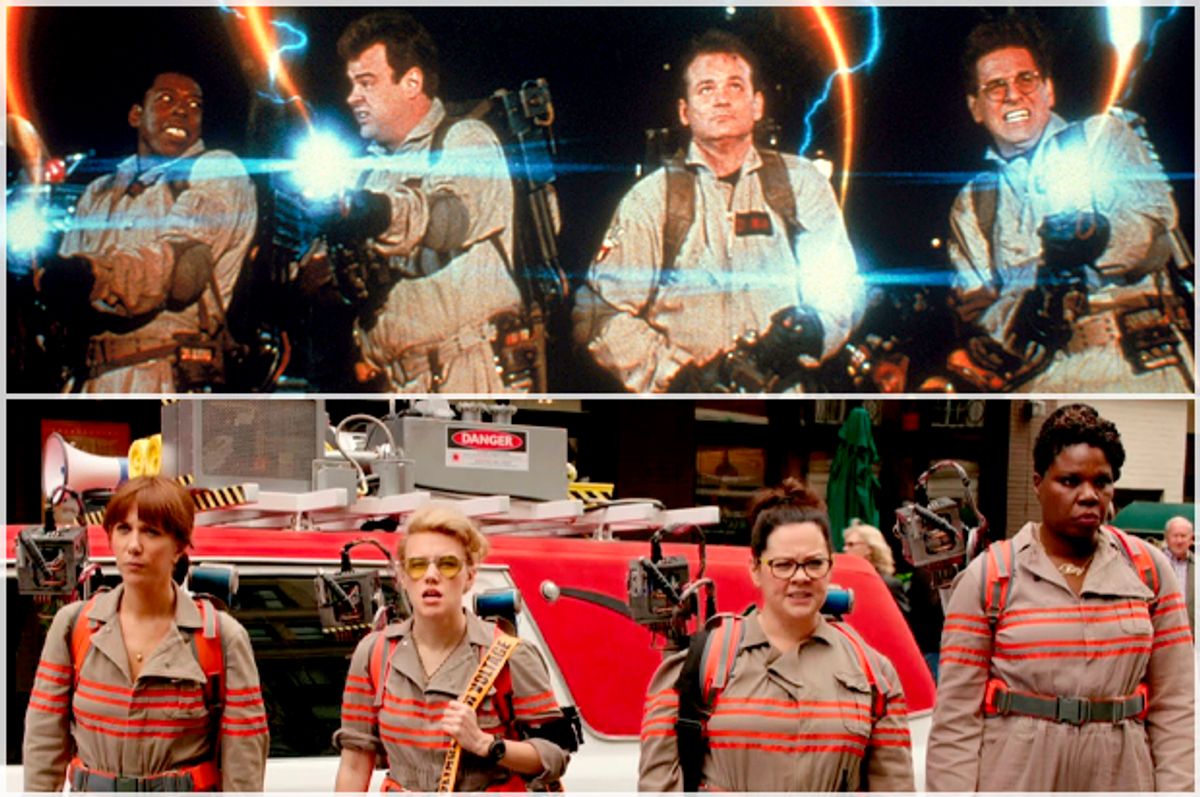 In the 17th century, Swiss mercenaries who’d spend too much time wandering the world became depressed, lost weight, even took their own lives. A doctor came up with a name for the malady – nostalgia. Sufferers were treated with leeches and in some cases, buried alive. As an Atlantic story recounts:

Swiss physician Johannes Hofer coined the term in his 1688 medical dissertation, from the Greek nostos, or homecoming, and algos, or pain. The disease was similar to paranoia, except the sufferer was manic with longing, not perceived persecution, and similar to melancholy, except specific to an object or place.

Though Hofer is credited with naming nostalgia, it existed prior to that. During the Thirty Years War, at least six soldiers were discharged from the Spanish Army of Flanders with el mal de corazón. The disease came to be associated with soldiers, particularly Swiss soldiers, who were reportedly so susceptible to nostalgia when they heard a particular Swiss milking song, Khue-Reyen, that its playing was punishable by death.

For hundreds of years, then, nostalgia was treated like a disease or malady of some kind.

By Marcel Proust’s “In Search of Lost Time” novels, the longing is not for another country, but for the past, as a madeleine dipped in tea summons memories of childhood in a summer house in Combray. Melancholy is tinged with the pleasure of remembering.

And then somehow, in the late 20th century, nostalgia became a marketing strategy – a way to sell T-shirts and oldies reissues and movies and TV that riffed on the past in comfortable, uplifting ways. “Happy Days” gave people a taste of the ‘50s without The Red Scare or significant racism. Baby Boomers could buy the soundtrack to “The Big Chill”; Gen Xers could go to a Replacements reunion concert decades after the band broke up. Nostalgia merchants sold people old movies or Norman Rockwellish postcards. (The music critic Simon Reynolds, in his book “Retromania,” gets into the process in fascinating detail.)

Instead of being about pain, or at least, longing, nostalgia meant a way to sell things.

It’s all worth remembering as we get closer to one of the most divisive pop culture events of the year, which makes even the rancorous presidential election look mild: The reboot of “Ghostbusters.”

The all-female reboot, of course, may be great or may be awful; the few minutes of trailers that have been released haven’t given us a terribly complete sense. It may be more mainstream than the sly/ironic original, and more based on action movie convention. Dan Aykroyd’s recent rave after a test-screening (“Apart from brilliant, genuine performances from the cast both female and male, it has more laughs and more scares than the first 2 films plus Bill Murray is in it!”) is kind of hard to believe.

So I’m prepared for it to be anywhere from bad to quite good. (And I find Melissa McCarthy a bit blustery for my taste. And yeah, I know that’s the point.) But the intense, heat-of-a-thousand-suns anger over the very notion of a “Ghostbusters” with four women in the lead has baffled me a bit. This was a comedy, so remaking it with women is at least a funny, slightly campy idea. And it’s not like the studio is pulling the original out of circulation: If you want to watch it again, you can. If the new one doesn’t interest you, you can just skip it.

But the phrase that keeps coming up is that this reboot is somehow destroying its audience’s childhood. Melissa McCarthy summed it up this way: “’You’re ruining my childhood!’ I mean, really. Four women doing any movie on earth will destroy your childhood?’”

Some of it is simple sexism. (Somehow the outrage over a Channing Tatum-led spinoff, which could have been truly bad, did not reach anywhere near this level.)

But some of it is a little more complicated: It’s a nostalgia that has converted from that drifty, those-were-the-days fondness to anger and pain. It has, in other words, gone from our contemporary, consumer society meaning of nostalgia — something fun that “takes us back” — to the kind of psychological wound that it meant in centuries past. If narcissism can turn into what Heinz Kohut called “narcissistic rage,” when the subject’s self-esteem is punctured, this is nostalgic rage – what happens when the past seems to be destroyed and the sufferer lashes out at the supposed destroyer.

Nostalgia probably has evolutionary roots: It may’ve evolved because it allowed people to feel better, mentally and physically, and thus become more likely to survive and reproduce. Some research suggests that nostalgia’s warm feelings may literally warm people up. “If you can recruit a memory to maintain physiological comfort, at least subjectively, that could be an amazing and complex adaptation,” the English psychologist Tim Wildschut told the New York Times. “It could contribute to survival by making you look for food and shelter that much longer.”

But like any evolutionary adaptation, nostalgia can go too far, and it’s in the rage around what seems like a harmless movie that we see how fierce it can become.

One thing that’s hard to avoid wondering, though: How did anyone’s “childhood” become so deeply dependent on a single movie? An acute sense of nostalgia might make sense if one’s youthful home, one’s parents, or one’s childhood friends were all suddenly evaporated. But for a rebooted “Ghostbusters” to send Twitter into a frenzy of horror – it may be that for a lot of these enraged fanboys, their childhood was not so much innocent as threadbare.

And when a loss is so acute, when it causes so much pain, it means that these childhoods were based on the sense that they would be at the center of the world forever. If the people complaining about the reboot were struggling financially, if they were newly divorced or widowed, if they were deeply lonely for the first time in their lives, then clinging to a childhood totem would be perfectly reasonable. But it’s hard to get around the idea that this is just the chauvinism of insecure straight white men upset they will have to share pop culture with women. No one has suggested destroying all art or pop culture by men, but “Ghostbusters” seems to have become symbolic of something similar.

If your identity is based on pop culture -- which is so deeply dependent on money and a changing world -- grown-up life is going to be a constant struggle. As we get closer to the film’s July launch, this will not be a pretty picture.