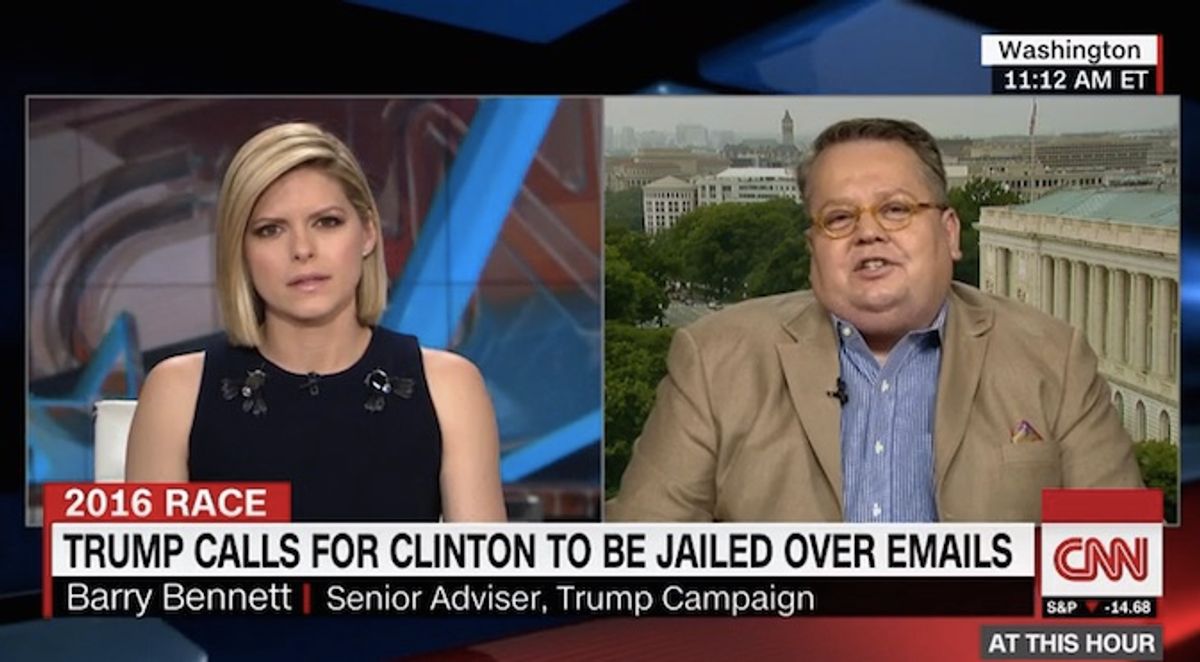 Donald Trump adviser Barry Bennett appeared on CNN on Friday afternoon to speak about Hillary Clinton's emails. Instead he "joked" about torturing her.

Speaking to Kate Bolduan, co-host of "At This Hour" Bennett said Clinton had repeatedly lied about her email use during her time as secretary of state and warranted a full FBI investigation.

"She has continued to lie about it. She told us the lawyers signed off on it. The inspector general said that's not true," Bennett said. "She said she would cooperate with all the investigations -- she stonewalled the IG and now everybody is taking the Fifth."
He added: "You couldn't get the truth out of Hillary if you waterboarded her."

"What?" Bolduan asked.
"You couldn't get the truth out of her with a waterboard," Bennett replied.
"And you brought in waterboarding," Bolduan said.

Bennett worked on the campaign of failed presidential candidate Ben Carson earlier in the year before joining the Trump team.