Moneyed interests have turned learning laboratories into just another racket, plagued by questions of transparency 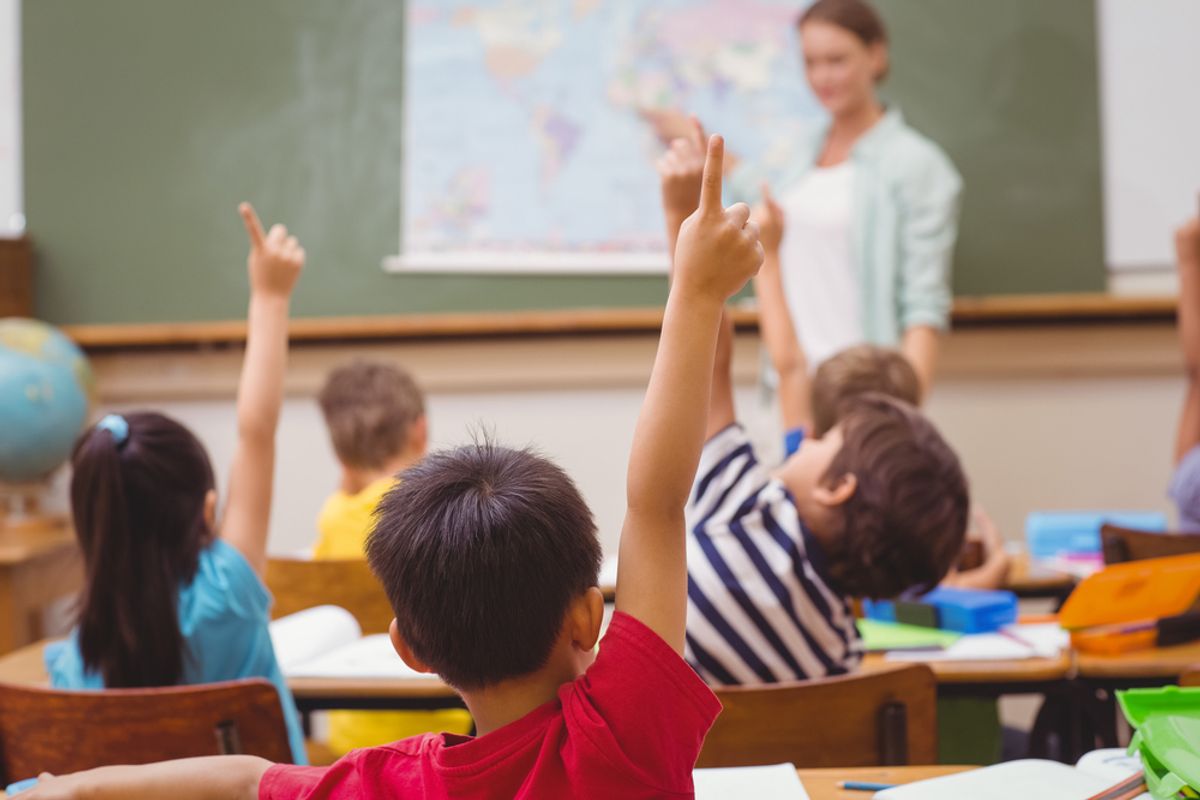 The original concept of charter schools emerged nationally more than two decades ago and was intended to support community efforts to open up education. Albert Shanker, then president of the American Federation of Teachers union, lauded the charter idea in 1988 as way to propel social mobility for working class kids and to give teachers more decision-making power.

“There was a sense from the start that they would develop models for the broader system,” John Rogers tells Capital & Main. Rogers, a professor at the University of California, Los Angeles’ Graduate School of Education and Information Studies, is director of UCLA’s Institute for Democracy, Education, and Access. He adds that charter schools were to be laboratories where parents and educators would work together to craft the best possible learning environment and to serve as engines of innovation and social equity.

But critics of today’s market-based charter movement say monied interests have turned those learning labs into models for capital capture in the Golden State and beyond–“the charter school gravy train,” as Forbes describes it. Charters are publicly funded but privately managed and, like most privately run businesses, the schools prefer to avoid transparency in their operations. This often has brought negative publicity to the schools – last month the Los Angeles Daily News reported that the principal of El Camino Real Charter High School charged more than $100,000 in expenses to his school-issued credit card, many of them for personal use.

“Information belongs to the public,” says Daniel Losen, who conducts law and policy research on education equality issues. “To the extent that you think choice should benefit parents—good choices are made with good information.” Losen co-authored a March, 2016 report about charter schools’ disciplinary policies, produced by the Center for Civil Rights Remedies at the Civil Rights Project at UCLA.

Billions of taxpayer dollars have flowed into expanding America’s privately-run charter school system over the past two decades, including $3.3 billion in federal funds alone, reports an analysis by the Center for Media and Democracy. California has the nation’s largest number of charter schools, with most of them located in Los Angeles County. But in an age when words like “accountability” and “transparency” dominate political discourse, the financial mechanics of charters receive less oversight and scrutiny than the average public school bake sale.

The National Alliance for Public Charter Schools candidly spells out the Golden State’s laissez fairerules of the game on its website: “California law provides that charter schools are automatically exempt from most laws governing school districts.”

The California Charter Schools Association (CCSA) has explicitly opposed state legislation that would clearly define the existing transparency laws and codes for charter schools — standards charters can now avoid despite their use of public funds.

“Charters don’t have to disclose budgets,” says Jackie Goldberg, a long-time Los Angeles school teacher and former Los Angeles Unified School District (LAUSD) board president, who also served in the California State Assembly. “Once a charter is written, it’s not subject to the Brown or the Public Records acts.”

The CCSA opposes several bills currently progressing through the state legislature that would bring charter school transparency requirements into line with those expected of public schools. One measure spells out the expectation that charters would follow the same standards as public schools when it comes to the Public Records Act that guarantees access to public records; CCSA argues that most charter schools already voluntarily comply—so the law is therefore unnecessary.

Below are several of areas of concern often cited by charter school critics.

California public schools are required to follow the Ralph M. Brown Act that requires regular meetings with notices posted in advance, along with public testimony and the availability of agendas and minutes. Open meetings guarantee the right of local parents, teachers and taxpayers to participate in discussions about policy, funding, disciplinary standards—all the heated issues that arise in local schools or that go before school boards.

But a group called the Charter Schools Development Center provides advice and wiggle room to attorneys representing charter schools on Brown Act requirements. Charters are frequently run by a nonprofit whose board members are chosen and named by previous board members. The CSDC’s Guide to the Brown Act pointedly raises the question of whether governing structures fit the profile of “local legislative bodies” required to comply with the Brown Act and recommends charter school boards “cover their bases” and follow at least the spirit, if not the precise requirements, of the Brown Act.

Disciplinary Protocols and “Counseling Out”

The California Education Code stipulates that a public school student undergoing the drastic disciplinary measure of expulsion is entitled to a due process hearing that includes district administrators and the principal, and allows the student and parents to present arguments and information.

That doesn’t apply to California charter schools, according to a 2013 state Court of Appeals ruling that holds charters can “dismiss” a student without due process. The ruling differentiates between expulsion and dismissal. Following a dismissal, a student is then sent back to the public school system. (The UCLA report that Daniel Losen co-authored found national suspension rates at charter schools were 16 percent higher than those of public schools.)

Charter schools depend on their reputations for teaching students who hit high test-score marks. The practice known as “counseling out” is used to winnow out difficult students, and extends beyond California—the New York Times has detailed incidents in a high-achieving charter school in Brooklyn.

Counseling out can happen for a variety of reasons, not just disciplinary. Jackie Goldberg says she personally witnessed a counseling out session at a South Los Angeles charter, where a student’s mother was simply told by a school staff member that her son was better off finding “a school that meets his needs.”

Public schools, on the other hand, cannot “counsel out” challenging students.

Public school governments are required to follow California Government Code 1090, which states that officials can’t vote on issues or contracts wherein they have a vested interest. Charter decision-makers are not subject to the conflict-of-interest code.

Veteran educators and administrators interviewed by Capital & Main have expressed deep concern about the disparities between transparency requirements for public schools and publicly funded charter schools.

Most California charters are run by educational management organizations (EMOs), which are described bythe National Education Policy Center at the University of Colorado as “private entities [that] may not be subject to the same financial or other document/records disclosure laws that apply to state-operated entities and public officials.”

Steve Zimmer, the current LAUSD school board president and a former high school teacher and counselor, has been critical of the lack of oversight of charter funding.

It took a state audit—triggered by a request from the Los Angeles County Office of Education—to uncover $2.6 million in payments that went to Kendra Okonkwo, the founder of Wisdom Academy for Young Scientists charter school, and to her close family members—with no oversight from the governing board of the nonprofit running the South Los Angeles school.

Another audit uncovered an Oakland charter school founder directing $3.8 million to companies he owned. American Indian Model Schools founder Ben Chavis is presently under IRS and FBI investigations related to his dealings with the school district.

More recently, a San Jose Mercury News investigation of California Virtual Academies, an online charter school chain run by the Virginia-based, publicly traded company K12 Inc., found that not even half of its enrollees graduated with a high school diploma and even fewer—almost none—were qualified to attend a California state university. The online chain, launched by former Goldman Sachs banker Ronald Packard, with seed money from Larry Ellison, cofounder of tech giant Oracle, and former junk bond purveyor Michael Milken, has collected more than $310 million in state funds over a dozen years. (An April 12 statement from K12 Inc. criticized the investigation as incomplete.)

A study commissioned by the Center for Popular Democracy calculates the lack of oversight has cost California $81 million.

Jason Mandell, Director of Advocacy Communications at the California Charter Schools Association, says that charter school opacity is changing. “There’s an increasingly thorough review process. If a charter school isn’t meeting standards, the charter can be shut down. When you know you’re going to be scrutinized and people are watching, you better perform. [Charters] have more autonomy in exchange for greater accountability.”

Last year, however, Governor Jerry Brown, himself a charter school founder, passed on a chance to tighten that accountability. He vetoed a bill approved by both houses of the legislature that would have made it explicit that schools should be subject to the Brown and Public Records acts.

David Tokofsky, a former member of the LAUSD Board of Education who has also worked for a charter school operator, cautions that the push for charter schools has been framed in terms of “education reform,” although the movement behind these schools, he says, is really one for deregulation of financial oversight and management.

“Deregulation was supposed to be about curriculum,” Tokofsky says, allowing teachers and parents more freedom to craft education and programs to fit the students. “It has become deregulation about every aspect of the school.”