Drug-happy doctors are unwittingly creating antibiotic-resistant superbugs: How overprescription puts us all at risk 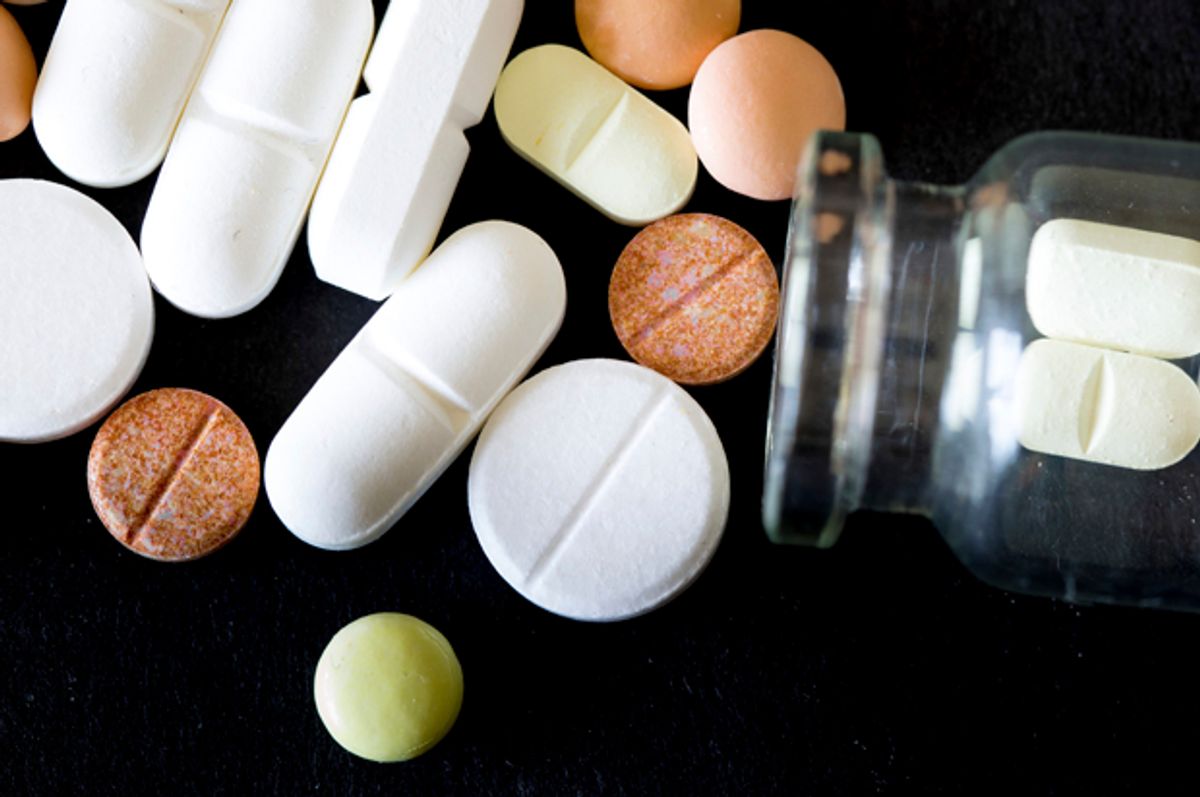 Antibiotics have become a lot like candy. Readily prescribed by physicians and frequently desired by patients, they provide instant gratification and embolden us against the scourge of infection. Just as no meal is complete without dessert, our personal medical cabinets feel bare and inadequate without these pills. Like any good treat, there are numerous flavors and forms to vanquish even the most stubborn bacteria. And just like candy, gluttony for antibiotics has consequences.

According to a study published last week in Antimicrobial Agents and Chemotherapy, American military researchers have discovered the first patient in the United States to be infected with a strain of E.coli bacteria that is resistant to colistin, which is an old antibiotic reserved as a final option against the most virulent, drug-resistant bugs. In short, colistin is considered the last resort against the most recalcitrant germ, carbapenem-resistant Enterobacteriaceae (CRE). If colistin fails here, we are left with nothing. Though CRE remains rare, the long-term risks are now perceptible.

How did it come to this? The founder of penicillin, Sir Alexander Fleming, foresaw the revolutionary role of antibiotics in modern medicine and predicted the potential for overuse when the “public will demand [antibiotics and] … then will begin an era … of abuses.” Unfortunately, our antibiotic-dispensing culture has been hurtling us towards this point for years.

Modern medicine’s collection of antibiotics has mushroomed since the discovery of penicillin in 1928. The repository is now littered with an abundance of options, but not all are alike. Some are considered “big guns” or broad-spectrum, and are deployed mostly inside the hospital when unstable patients are afflicted by a potent infection and the exact type of bacteria is unknown. These “big guns” are thus efficacious against a large number of bugs and are utilized liberally until more information is available from tests and/or the patient has stabilized. The remaining antibiotics cover a smaller number of bacteria and are utilized specifically for common types of infection – pneumonia, urinary tract, or tooth. Thus the broader drugs should never be used in these more benign settings. Injudicious use, however, will nurture the growth of resistant germs.

Excessive, indiscriminate and unnecessary use of antibiotics has spawned the rise of these resistant superbugs. About 30% to 50% of all the prescribed antibiotics are not needed or ordered inappropriately. Both sides of the doctor-patient relationship are culprits here. Physicians will often prescribe stronger antibiotics gratuitously in the hospital or clinic out of convenience or intellectual laziness. At times, the medications are ordered merely out of suspicion for infection, without any tangible evidence. A senior colleague once referred to antibiotics as being a refuge for the scared physician when he or she is flummoxed by a patient’s case. There are other times when a doctor will capitulate to the demands of a coercive patient for pills. These patients often demand antibiotics in the clinic because of misinformation or the belief that all infectious symptoms warrant medication, even though the cause for many common infections is overwhelmingly viral and antibiotics are impotent here.

Profligate prescribing coupled with inappropriate requests from patients and administration of antibiotics to livestock for health and promotion of growth has largely engendered the sizeable problem of resistance. This overprescribing reached astonishing levels in 2011, when more than 8 in 10 Americans received antibiotic prescriptions. Drug-resistance leads to $20 billion in excess direct healthcare costs in the United States.

If current trends and prescribing practices continue, Thomas R. Frieden, director of the Centers for Disease Control and Prevention, has an ominous warning as physicians run out of treatment options for their patients due to escalating resistance: “We risk being in a post-antibiotic world.” Suddenly, once treatable infections will become incapacitating death sentences. This is compounded by the fact that pharmaceutical companies have little financial incentive to allocate resources to the development of new antibiotics, which are not as lucrative as cancer, blood pressure, or diabetes drugs.

The Obama administration released a national plan in 2014 to grapple with a crisis that claims at least 23,000 lives per year. A strategy to counter this burgeoning epidemic of antibiotic-resistance superbugs must address the many facets of the problem.

The implementation of hospital-based Antibiotic Stewardship Programs aimed at improving and measuring the use of these medications should become mandated in order to alleviate the challenge inside hospitals. California is the first and only state to enact such legislation.

Patients who request antibiotics on the basis of vague complaints and impulse need to be educated on the actual infections and symptoms that necessitate treatment. Further, the development and utilization of rapid diagnostic tests is aimed at identifying the best antibiotic a bacteria is vulnerable to and switching over to it within hours. These tests are becoming available for many different types of germs and should curtail use of broad-spectrum antibiotics for protracted periods. Drug research and development needs to be further incentivized to address the paucity of new options and fill the empty pipeline. And finally, the excessive use of medically essential antibiotics in humans for livestock for purposes of their health and growth needs to be reined in. It is estimated that animals account for 80% of the antibiotics used in the United States . Antibiotic resistant genes can be readily transferred between bacterial species inhabiting an animal and a human. This can occur through consumption or even physical contact with animals harboring resistant bacteria.

Wanton use of antibiotics kills susceptible bacteria and allows resistant strains to flourish in our bodies, permanently altering a balance that must be preserved. Though there is no panacea, we must shed with a culture that encourages inappropriate antibiotic consumption for any and all maladies. The discovery of antibiotics was a boon for humanity in its epic struggle against disease. Unless physicians, patients and farmers become cognizant of this, we risk losing an indispensable weapon. In a world as closely connected as ours, a post-antibiotic world may be apocalyptic. The stakes have never been clearer.