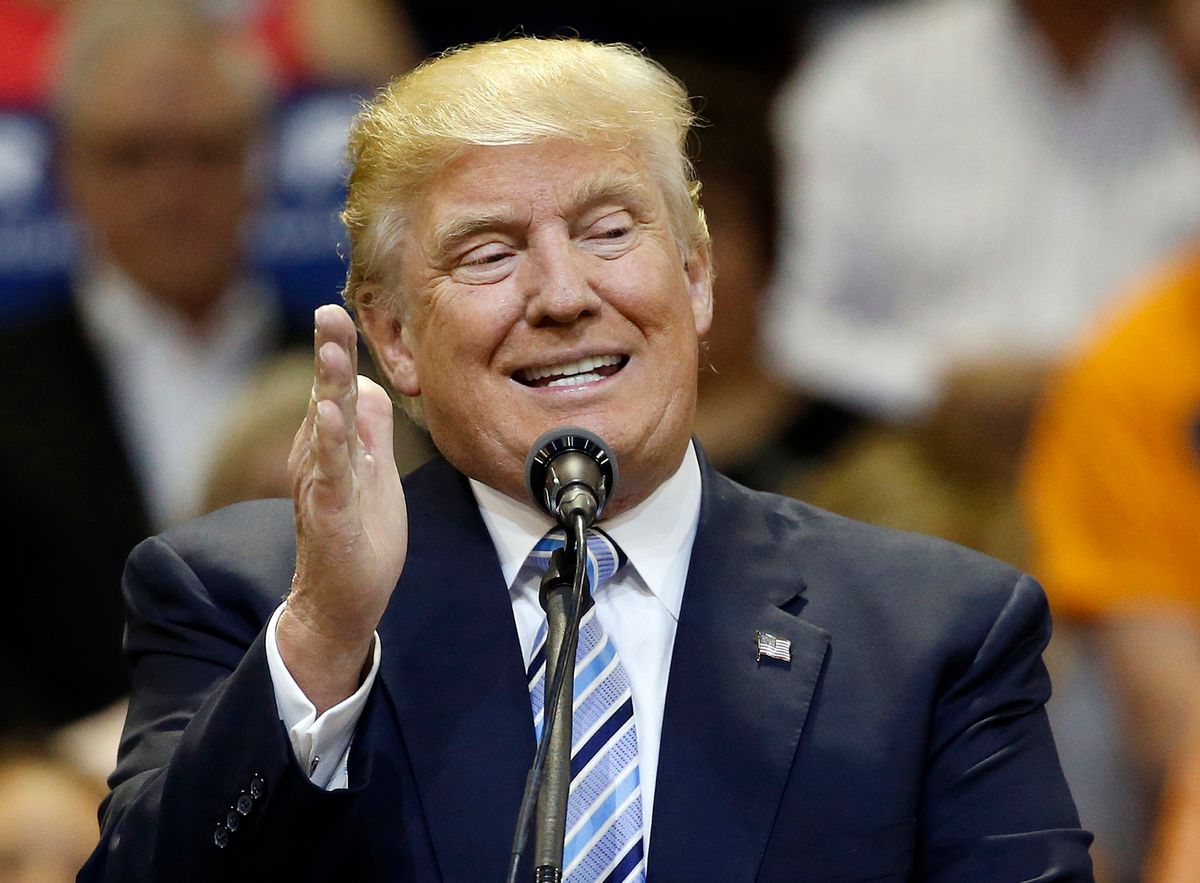 By now, the story of Donald Trump receiving billions in free media airtime is well known — 24 hours of coverage on Fox News alone last year. Consequently, he spent only $10 million of his own money on ads (compared to Jeb Bush’s $82 million, and we all know how that turned out).

So it’s little wonder that the media executives might have reason to worry — traditional election ads are usually a huge source of revenue, and they now have a presumptive nominee who, so far anyway, has spent almost nothing on ads himself.

However, the Intercept analyzed the last six months of presentations and investor earning calls of major media outlets, and in the last two months, their meetings have taken on a distinctly upbeat tone, as this election is quickly shaping up to be the most expensive one in history.

Trump himself recently promised to raise $1 to $2 billion, and since the single biggest expenditure of campaigns tends to be advertising, most of that money will probably go to media outlets. And that’s without the money that the Republican National Committee will pour in on Trump’s behalf, or the myriad of groups (and Hillary Clinton herself) that will certainly run ads in opposition to him.

As the chief executive of CBS, Les Moonves, said in February, Trump “may not be good for America, but it’s damn good for CBS, that’s all I got to say.”
Trump, naturally, reciprocates Moonves’ feelings: “Great guy. The greatest. We’re on the same page. We think alike.”