Bernie Sanders is taking a big risk: If he doesn't drop out soon, he could become a villain 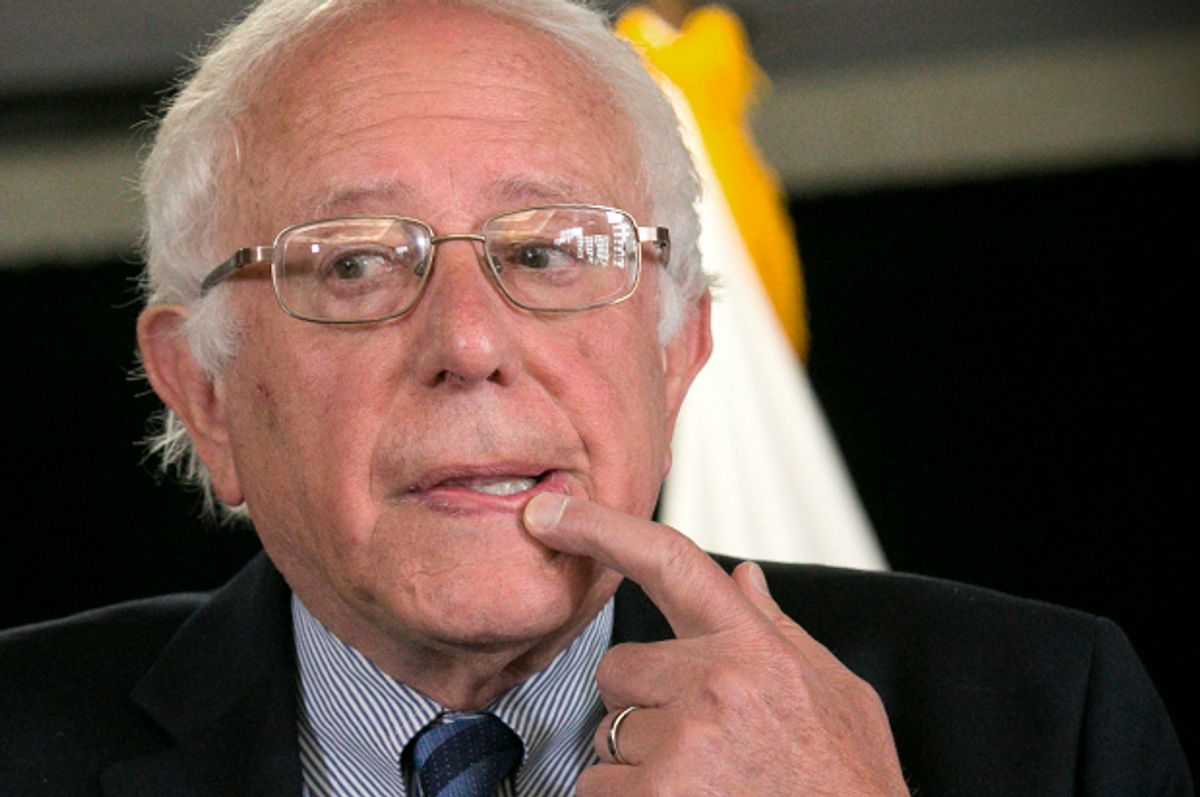 With California and New Jersey voters weighing in soon, I'm still optimistic that reason will ultimately win the day and Bernie Sanders will do the right thing by conceding the election to Hillary Clinton. Even though his language, and especially the language of his long-time political adviser Jeff Weaver has been decidedly caustic and stubborn, the cup-half-full side of my brain is telling me that the threats for a contested convention were all a matter of signaling to Sanders voters that the primary campaign isn't over and they should still vote on Tuesday.

Even though a few of us continue to be ensconced in the steel-chair deathmatch taking place on Facebook and Twitter, history will record that Bernie Sanders pulled off a "successful failure," as was once said of the heroic Apollo 13 mission. The fact that Bernie won as many primaries and caucuses against the formidable Clinton Machine is something to be admired and congratulated. He also triumphantly managed to introduce a far-left policy menu into the mainstream conversation, especially on cable news where concepts like single-payer healthcare have been, for too long, ignored or laughed at.

Those successes, however, shouldn't preclude the reality that Hillary Clinton has, according to the Associated Press, won enough pledged and superdelegates to exceed a majority of total delegates, with a majority of pledged delegates (2,026) forthcoming on Tuesday night. Even if she somehow loses California, she's still surpassed the delegate threshold required to become the presumptive nominee.

Despite the foregone conclusions of Tuesday's primaries, renewed screeching emerged this past weekend about superdelegates. If we take Bernie and Weaver at their word, that they're not merely rallying for Tuesday votes and that they do indeed intend to fight onward to the convention in July, Bernie's path forward will be based upon an ahistorical view of the Democratic process and, all told, the process that's been engaged by both parties, as well as the news media, for decades now. Specifically, when math dictates, presidential nominees are invariably declared long before the conventions, and, on the Dem side, superdelegates don't budge without seismic shifts in pledged delegate totals -- and never, ever this late in the game.

Defying the will of Democratic voters nationwide by seeking to overturn their clear majorities, in terms of both popular votes and delegates, by lobbying superdelegates to switch to the Bernie column, simply will not happen. It won't happen for a number of reasons, the least of which being that it's never happened before and, more importantly, the justifications for doing so are weak at best. We'll circle back to that.

Contrary to the biases of Bernie surrogates and the candidate himself, superdelegates aren't mindless drones. Based upon their complete lack of movement from Hillary to Bernie so far, hey obviously understand that such an unprecedented mutiny would effectively self-immolate the party, exploding the convention and handing the presidency to Donald Trump.

On top of everything else, the process itself and certainly the results, should he defy all odds and be successful, will end Bernie Sanders' career as well as his legacy up to this point. In fact, the only move that'd be worse for Bernie, career- and legacy-wise, would be if he were to simply sidestep the party and run as an independent candidate. His career would be over in Congress, losing exactly all of his Democratic caucus support if he ran a third-party campaign, and the distant early gurglings of the word "crackpot" would begin to stick.

Here's the thing, though: it'll never happen. He'll never convince enough supers to switch. Not when Hillary is the obvious winner of both the popular vote and pledged delegates. He might pick off one or two supers, but he'll need hundreds more than one or two flippers in order to overtake Hillary's lead. Meanwhile, what will it cost him? Among other casualties, he'll be viewed as nothing more than a disruption candidate — a reputation, by the way, he's already beginning to cultivate through his and Weaver's defiantly unpredictable rhetoric.

The very notion that Bernie and his surrogates continue to behave as if the superdelegates are still in play is the beginning of the end of Bernie's reputation, even with some of his supporters, including online journalists who are disavowing their support.

There was a time when we could look to Bernie as the conscience of the left. Today, however, his moral high ground position is rapidly evaporating. Among other reasons, Bernie and his people have been deliberately swindling the public about delegate math and the alleged fluidity of superdelegates for weeks now and, in the past several days, the deception has grown thicker than ever. (Bernie told the National Press Club, for example, that a majority of pledged delegates is 2,383, even though it's actually 2,026.) The Bernie campaign is telling us that somehow the superdelegates, who have affirmed their support to networks and publications of record, will, for the first time ever, inexplicably abandon the winner of a majority of pledged delegates and the winner of the popular vote for a relatively untested democratic-socialist because... why? California? May polling for the November election? Rally attendance?

This is like cajoling a homeowner to sell a house to a buyer who doesn't have the money, but who just really, really, really wants it, and all their friends say they deserve to own it. Indeed, suggesting that supers don't count because they haven't officially voted at the convention is like announcing that you haven't eaten lunch until you've fully digested it. It's like hearing from contrarian wonks who wait for the electoral college to hold its ceremonial votes in December before acknowledging the obvious winner of the November election.

The very act of trying to flip immovable superdelegates in defiance of reality is, to repeat, enough to crash Bernie's reputation with voters and party leaders alike, especially with the senators he'll need to further his legislative agenda when he returns to the upper chamber of Congress.

Here's a man who's entire brand is about being a man-of-the-people, and he's hinting today that he's okay with begging superdelegates -- participants in an allegedly undemocratic system he claims to despise -- to entirely overrule the people's choice. In other words, Bernie wants to exploit the evil establishment system he's been attempting to destroy, using $208 million in individual donations, in order to defy the clear choice of Democratic voters. Because Rasmussen in May?

Short of nuking his reputation from space by running a third party campaign, Bernie's efficacy as a legislator would end if he proceeded about a campaign to about-face superdelegates. It'd be Bernie, Weaver, Tad Devine, Susan Sarandon and Cenk Uygur facing into tropical storm headwinds taking a group piss. Sure, they'd be joined by a gaggle of zealots and true-believers, making for a wet and noisy cheerleading squad, but they'd come up way short of their goals. Meanwhile, the convention would be disrupted enough for the news media to play up their quadrennial "Democrats in Disarray" narrative, leaving Trump's GOP looking comparatively organized and lock-step. And the revolution for which Bernie supporters fought on the ground, on the internet and with their $27 donations will end with pathetic flailing in defiance of reality, rather than continuing in earnest elsewhere — living to fight another day.