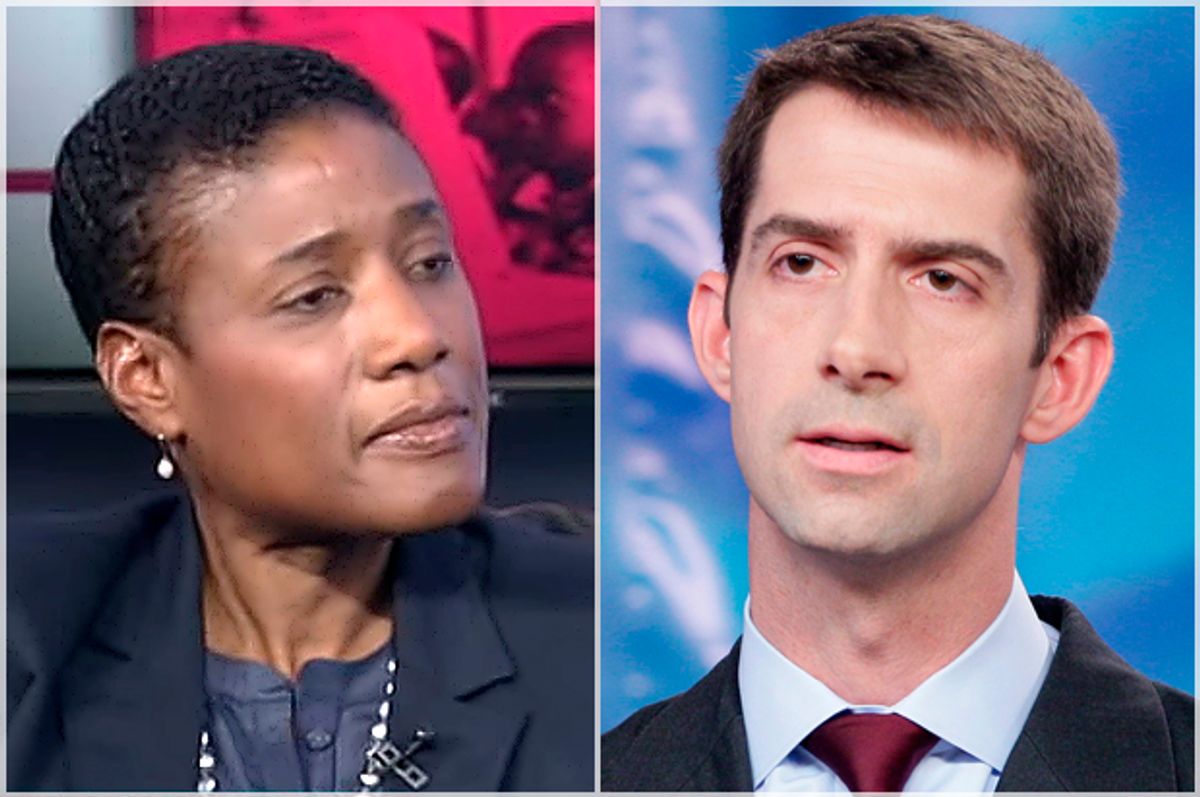 Years ago a friend who had graduated Georgetown and worked briefly in Washington explained why he had left the city and politics. In D.C., he said, people would kill a good policy because of a personal vendetta against the person presenting it, even if they knew that policy would result in net positives for society. My buddy quickly became so disillusioned that he quit to pursue a career in a field without so many poisonous vipers: He moved to Hollywood to write for television.

And this was in the late 1990s, during Bill Clinton’s second term. Washington was a model of bonhomie then compared to the polarization of today.

I thought of my friend when I read this Frank Bruni column in the New York Times on Monday. Bruni traced the story of Cassandra Butts, a graduate of Harvard Law School and longtime friend of President Obama who had served as Deputy White House Counsel early in his administration. In February of 2014, the president nominated Butts to be the ambassador to the Bahamas. In keeping with their tradition of saying no to everything Obama proposes, Republicans in the Senate put a hold on Butts’ confirmation. She was still waiting for them to lift it when she died two weeks ago after a short bout with leukemia.

The senator behind the hold was Tom Cotton of Arkansas, who has predicated his entire brief Senate career on being an irredeemable dickhead. According to Bruni, Butts once went to Cotton to ask why he wouldn’t lift the hold on her nomination.

[H]e explained that he knew that she was a close friend of Obama’s — the two first encountered each other on a line for financial-aid forms at Harvard Law School, where they were classmates — and that blocking her was a way to inflict special pain on the president.

Cotton’s spokeswoman did not dispute Butts’s characterization of that meeting, and stressed, in separate emails, that Cotton had enormous respect for her and her career.

That’s nice of him. Maybe Cotton can eulogize Butts at her funeral. Seems like the least he could do after keeping her twisting in the wind for over two years – 835 days, to be exact – just because he wanted to “inflict special pain” on President Obama.

It’s not that Butts was unqualified to serve as ambassador to the Bahamas. With all due respect to the Bahamas, it’s not exactly a nation with a complicated geopolitical situation. Butts was a trained lawyer – in fact, she and Cotton graduated from the same law school – who had worked in the White House and on Capitol Hill for a decade. She was the consummate Washington professional for whom such ambassadorships often serve as rewards for hard work and loyalty to a presidential administration.

Some people might have a problem with the less-than-egalitarian nature of this system, but that was not Cotton’s complaint. He was upset about a leak from the Secret Service when he first placed the hold on Butts, but by the end he was not keeping it there due to some principled good-government crusade. He didn’t have a particular ideological grievance against Butts – well, he probably did, but nothing that made her unqualified to serve as ambassador to an island nation with zero strategic value beyond being a popular honeymoon spot for besotted newlyweds. It wasn’t as if Obama had appointed her to be the ambassador to Iran, a nation Tom Cotton would turn into Beirut circa 1983 before he would ever consider talking to its government.

No, Cotton kept this hold for two reasons. The first is that he is a nasty, small-minded, arrogant, repugnant, self-righteous, testosterone-fueled warmongering jackhole with an over-inflated sense of his own value both to the nation’s political process and humanity in general.

Second, Cotton is a perfect creature of what the Republican Party has evolved into over the last 40 years, a change that has reached its nadir (maybe) in the Obama era. It is a party with no coherent ideological beliefs, no governing philosophy, and no interest in developing either beyond the usual platitudes about cutting taxes and keeping government small. It is a party of nihilism. It is a party of angry toddlers stamping their feet and holding their breath until they either get what they want or turn blue.

This nihilistic approach has led the base to nominate Donald Trump, who is the ultimate expression of the modern GOP’s id: An overgrown, racist toddler coated in Cheeto dust. And now the party’s leaders are shocked, SHOCKED to find themselves stuck with him and staring down the barrel of a potential crushing in this fall’s general election.

There has long been a strain of thought that if only our leaders in Washington would spend more time together, eating meals and attending cocktail parties, they would find common ground on some of the issues bedeviling the nation. Maybe then they could hammer out compromises, engage in the legislative log-rolling that has been part of our system since the first Congress convened.

But it’s hard to see how, say, President Obama inviting Cotton over to the White House for a beer would have changed his mind on Cassandra Butts. The junior senator from Arkansas doesn’t see the president as a legitimate chief executive, nor does he see any value in holding to the informal norms that help our government to function in the first place. All he sees is an enemy to be crushed at all costs. As a former soldier, maybe he thinks of the now-deceased Cassandra Butts spending the last two years of her life in nomination limbo as collateral damage. I’d say he should be ashamed, if I thought he was capable of such an emotion.