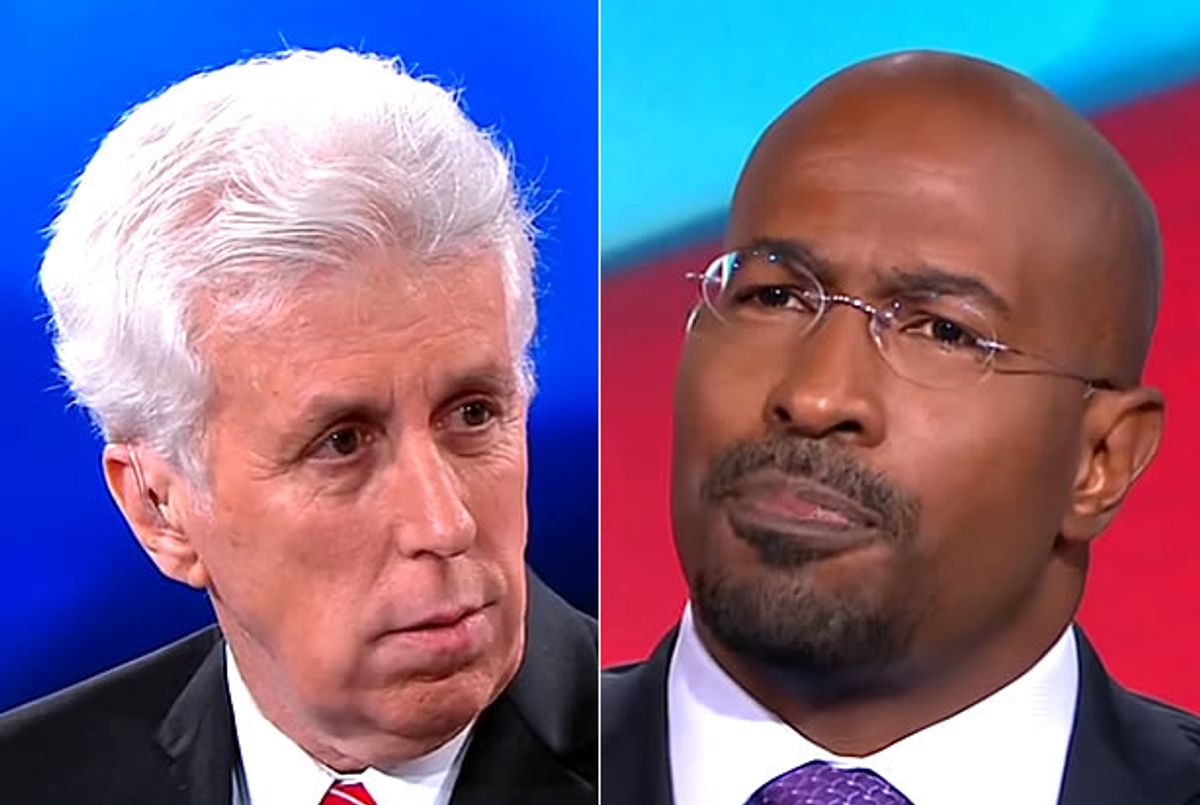 "Now," he continued, directing his attention at Lord, "you are the one who says appeals to race should be taken out [of the judicial system]." The problem with that, Jones noted, is that "if I said, 'you can't be my judge because you're a white man, and white men have done horrible things to me,' you'd say I was a racist -- but when Trump says a Mexican can't be his judge or part of his jury, he's a hero? An anti-racist?"

"You have been brilliant, sir," Jones added, "figuring out before anybody else what he was going to be able to [get away with]. You have found ways to defend him. You are now out of defenses -- you can’t say this is racism. I now think you are beyond the reality of a rational mind to follow you."

"If I thought he was a racist," Lord replied, "I wouldn't be here."

"So you think he's just like Al Sharpton, Hillary Clinton, and Barack Obama then?" Lord asked.

"Do you think [Trump]'s said anything that's racist?" an exasperated Jones replied.