D.L. Hughley perfectly sums up the GOP's dilemma with Trump: "What [they are] saying is that a racist is better than a liberal" 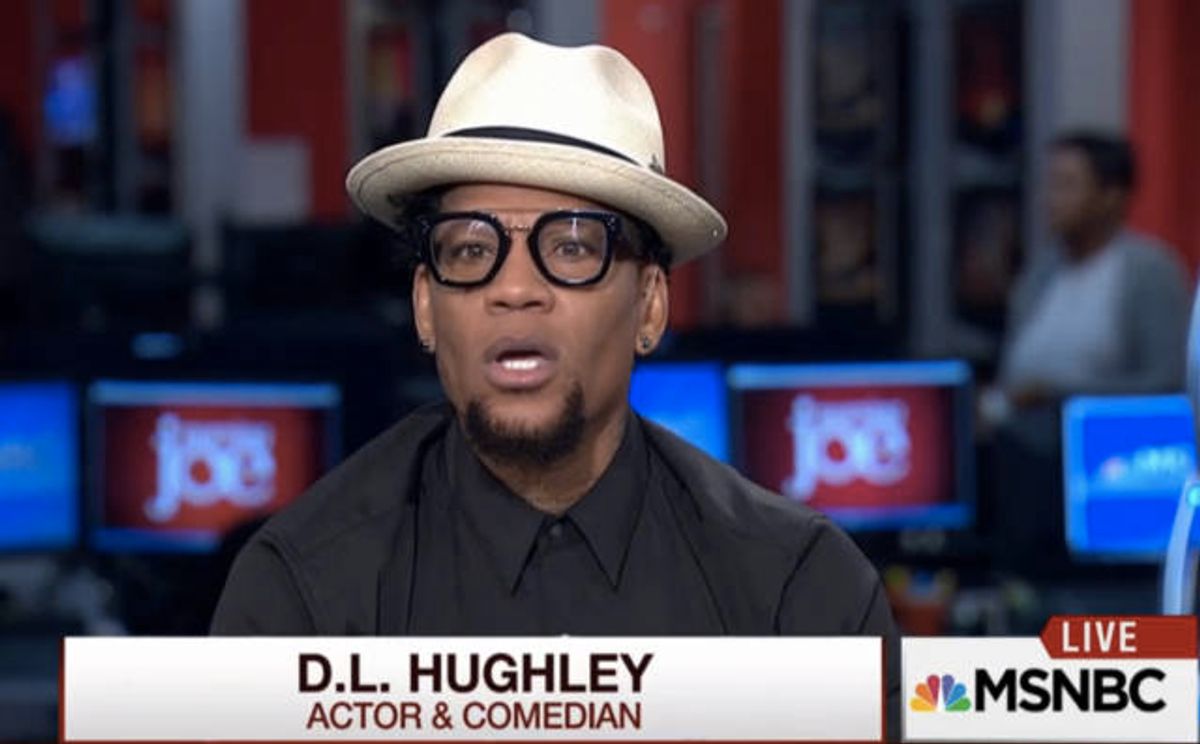 "What he's saying is that a racist is better than a liberal," Hughley told MSNBC's "Morning Joe" on Thursday during an apperance to promote his latest book, "Black Man, White House: An Oral History of the Obama Years."

Flatly calling the GOP's presumptive presidential nominee a racist, one of the original "Kings of Comedy" told host Joe Scarborough and Mika Brezenski that "if it walks like a duck and talks like a duck, it says the n-word behind..."

Earlier this week, Ryan was forced to condemn Trump's remarks on Judge Curiel less than a week after publicly endorsing the controversial candidate.

Calling his attacks on the American born judge presiding over a pair of Trump University scam cases "indefensible," Ryan described Trump's bashing of the man's Mexican heritage as "sort of the textbook definition of racist comments." Still, the Speaker insisted that he'd continued to support the new face of the Republican Party and leader of the Birther movement.

Responding to Ryan's peculiar predicament, Hughley dropped his comedic tone to get serious about the support Trump receives from Republicans.

"[Y]ou can't equivocate," Hughley said of GOP leaders. "I see these people and they'll say things that are so patently insulting, and then will say, 'well, at least his ideas are better than these other ideas.'"

"This is a modern day Missouri compromise."

Watch the entire segment below, via MSNBC: