"At least he learned how to apologize," Senator Claire McCaskill argued on Morning Joe Thursday 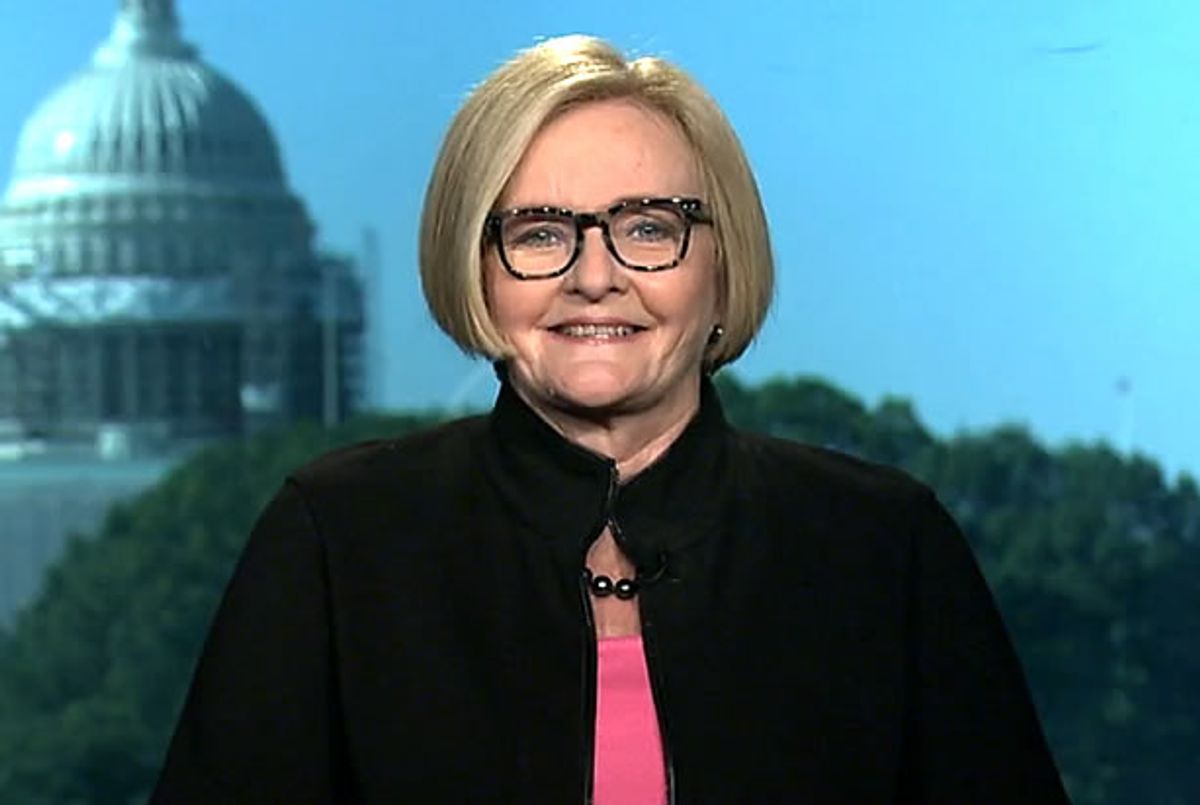 Missouri Senator Claire McCaskill appeared on Morning Joe Thursday to discuss potential vice presidential candidates for Hillary Clinton, but she couldn't help suggesting that she knew the "perfect" one for her Republican opponent as well -- former Representative Todd Akin, best remembered, when at all, for claiming that women can not be impregnated in cases of "legitimate rape."

After brushing off suggestions that she should, herself, be Clinton's running mate, McCaskill said that "I will tell I have got a great idea that I thought about last night -- I figured out who Donald Trump's vice president should be."

"Who is that?" co-host Joe Scarborough asked.

"He -- at least he learned how to apologize," she said, teasing the Morning Joe panel. "He's got political experience -- that would be Todd Akin."

"You're just a bad person," Scarborough choked out between laughs.

As for the Democrats, she said that she thinks Massachusetts Senator Elizabeth Warren would "be great -- I think there are so many of my colleagues that would be terrific."

"I'm also a big Tim Kaine fan," she added. "He's a happy warrior, he's incredibly articulate. He has been a governor, is fluent in Spanish, has done a lot of work in social justice. I think he'd be terrific."