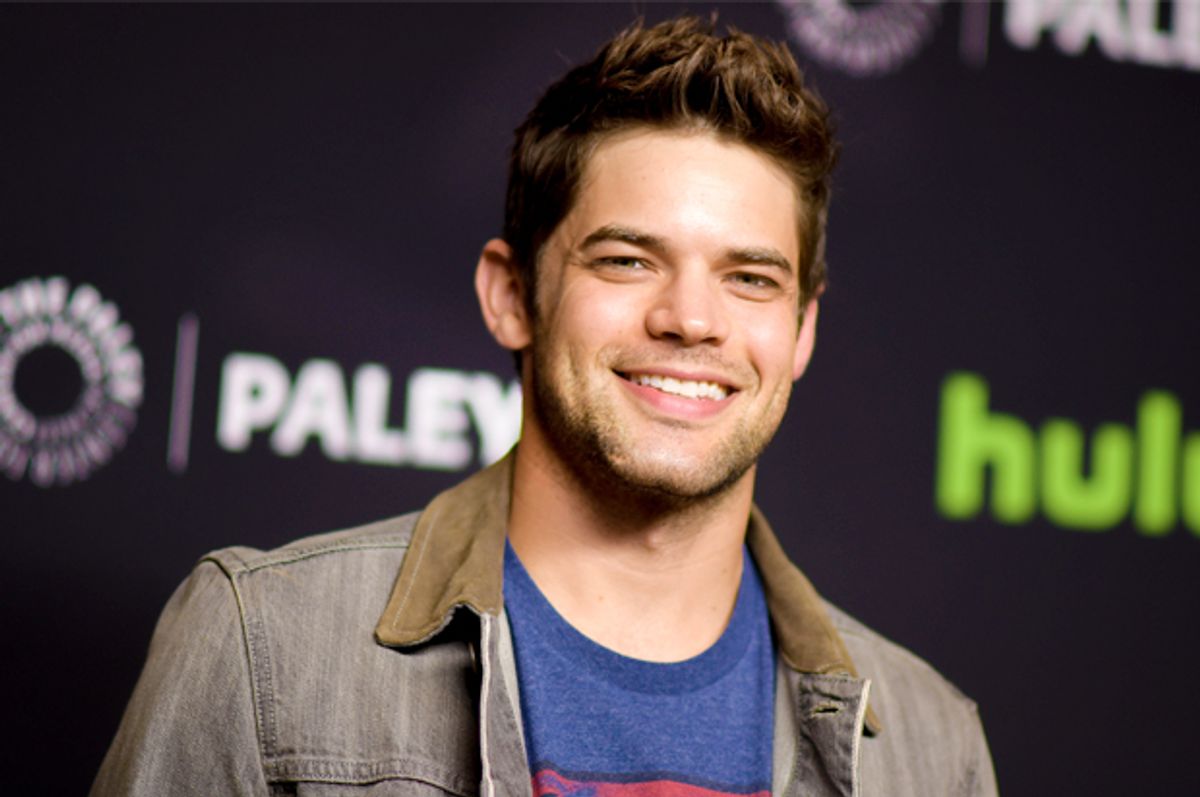 The story is of a girl sent away and "doing forced labor," in need of rescue. Sounds like she could use a superhero — or better yet, a crack team of lawyers. And that's what her cousin, "Supergirl" actor Jeremy Jordan, is trying to make happen.

Over the weekend, Jordan posted to his Facebook fans a photo often he described as his "beautiful, smart, incredible" 17 year-old cousin Sarah, who he says has "been placed at a remote boarding facility to help 'pray away the gay' for a year with no communication to the outside world. She may not be able to see it now, but please show her how much she matters and take a stand to help us free this wonderful young woman and welcome her back to a world of love and acceptance."

He posted a link to "Save Sarah" GoFundMe campaign that claims "Sarah’s parents, who believe that homosexuality is a sin and abnormal, sent Sarah away against her will to an East Texas Christian boarding facility for troubled teens to 'pray away the gay.' She is not allowed phone calls or email or any form of computer communication. She is also not allowed visitors and cannot leave the property. She is completely cut off from the outside world. She tried to run away, but was caught by the staff and returned to the facility."

The campaign says that "Sarah’s extended family and close friends are trying to win her release through the legal system" and "Attorney’s fees in the first few weeks have already exceeded $20,000, and they are continuing to mount, with a full hearing set for July."

Despite the fact that the White House supports banning gay conversion therapy for minors because of its "potentially devastating effects on the lives of transgender as well as gay, lesbian, bisexual and queer youth," despite the fact that the practice is currently banned in five states and the District of Columbia, despite opposition to it from the American Psychological Association, World Health Organization, the American Medical Association, the American Academy of Pediatrics, the American Academy of Child and Adolescent Psychiatry and the American Counseling Association, the despicable practice persists, unregulated, in many parts of the country. Two years ago, Texas Republicans tried to add a plank to the party platform to "recognize the legitimacy and value of counseling which offers reparative therapy and treatment to patients who are seeking escape from the homosexual lifestyle." The current platform states that "No laws or executive orders shall be imposed to limit or restrict access to sexual orientation change efforts for self-motivated youth and adults."

Because Jordan linked to a page that's asking for money, there was understandable skepticism of the veracity of the plea, as well as the inevitable trolls on the GoFundMe page asking, "So you think it's fine that a blood relative to be homosexual? What would Darwin say about promoting sterility?" (Science tip: Homosexuality and sterility are different!) There are also defenders of the place Sarah allegedly is, like the person who commented that the ministry "is NOT a facility that does that what these disgruntled extended family members suggest. NOTHING in its website or materials give one iota of credence to these people. Do your homework before buying the lies and enriching someone else's bank account."

Yet on Twitter, Jordan has assured, "We understand some people are nervous to give money without knowing more. I assure you this is no scam, and we are working to provide some more specifics to help you make a more enforced decision. We hope all of u can help in any way to #SaveSarah." And Sarah's supporters have identified Christine Andresen of CHA Law Group, PC as representing the girl as it prepares to fight for her emancipation.

The New Civil Rights Movement has identified the place where Sarah reportedly is as Heartlight Ministries Boarding School in Hallsville, Texas — a "residential setting [that] offers struggling teens an atmosphere to develop healthier patterns during the most troubling times," a program "specifically designed to bring about a change in the teenager’s thinking and actions." Heartlight's Mark Gregston makes it clear that "If you’re not firm in your beliefs about homosexuality, your teen will pick up on the ambiguity…. Mom and Dad; you need to jump into the conversation right now, and help your teen work through this issue."

But in a Tuesday Facebook post, Jordan eloquently addressed how one can effectively "work through" these issues of sexual identity. "My cousin Sarah, like any other teenager, loves a shameless selfie," he wrote. "It's just sometimes hers includes another girl... You can't see it, but the caption of the photo on the left reads 'Merry Christmas from two kids in love.' It BREAKS MY HEART this sweet young girl who's only 'issue' is loving another girl has been sent to a facility for 'troubled teens.' News flash, folks, there's nothing wrong with her."

It should be obvious, but being gay, or bi, or transgender, or questioning, is not being "troubled." And anyone who tries to change the identity of a person — especially a minor — is actively engaging in abuse.