Come on, now -- tell us how you really feel, Mr. Letterman 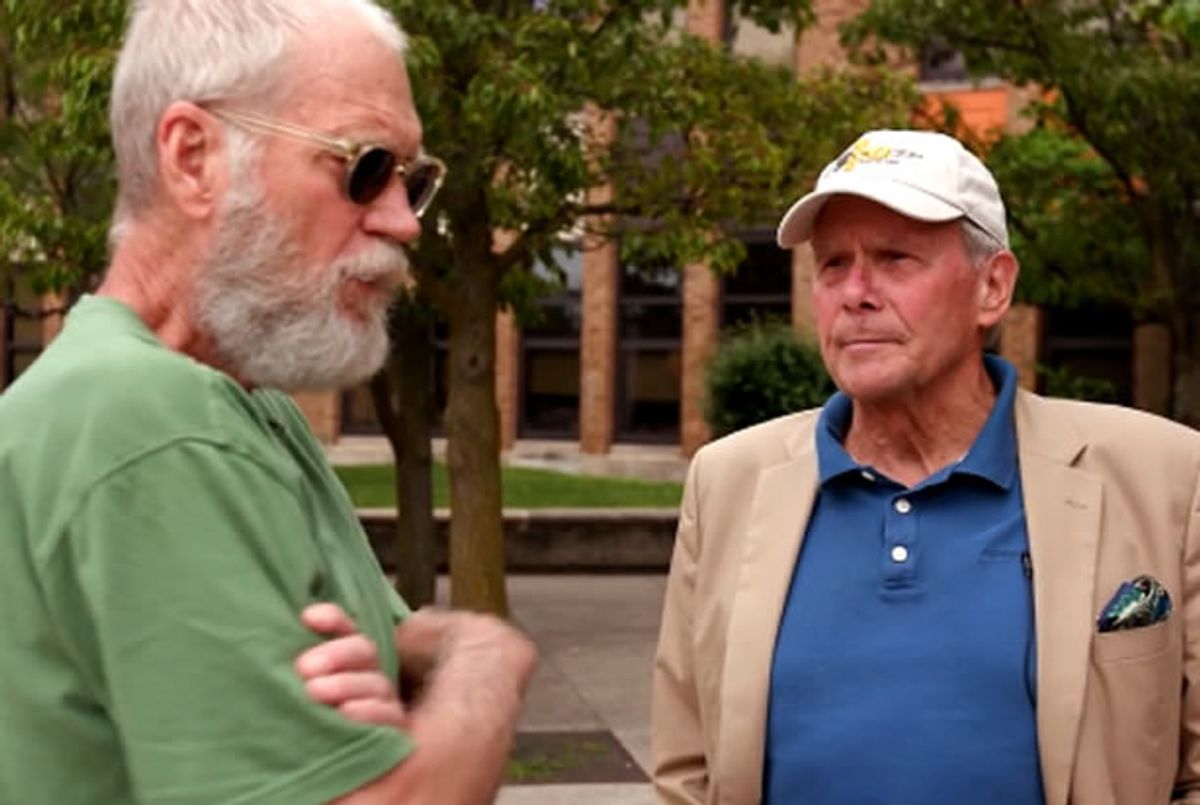 NBC released another preview of Tom Brokaw's Sunday "On Assignment" interview with David Letterman, this time focusing on what the veteran anchorman called "the wackiest, potentially most dislocating elections in our lifetimes."

Letterman replied that that he "understand[s] that [Trump] is repugnant to people," but added that "the men putting together the Constitution, witnessing this election, wouldn't they have just said, 'That's part of the way we set it up. Good luck!'?"

He continued, saying that at "everybody’s school, you hear 'The great thing about America is anybody can grow up to be President.' Jeez -- I guess that might be true."

Watch the entire preview below via NBC.