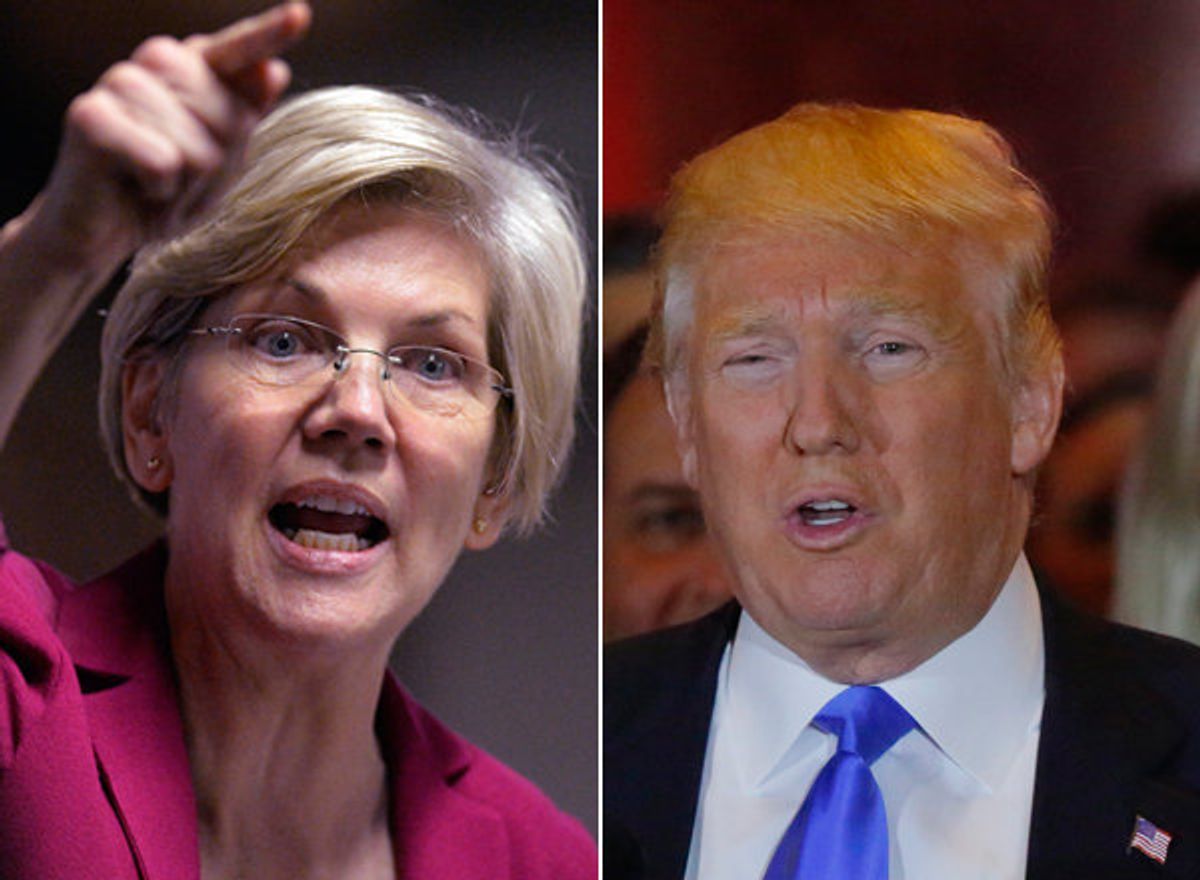 It's understandable that Donald Trump may have called it an early night Thursday, after spending the day courting reluctant Republican mega-donors and dodging reports of countless elected Republicans condemning his racist attacks on federal Judge Curiel, he and his bigoted campaign were effectively assailed in a pair of searing speeches by Vice President Joe Biden and Massachusetts Senator Elizabeth Warren -- who both endorsed his rival, Hillary Clinton, later that night.

But, more than 12 hours later, all Trump had to offer in response to Warren's barnburner of a takedown was the same, tired attacks on her heritage.

“Pocahontas is at it again!," Trump tweeted Friday morning, after the popular progressive called him "a loud, nasty, thin-skinned fraud" in a speech to a liberal judicial group Thursday night.

"Goofy Elizabeth Warren, one of the least productive U.S. Senators, has a nasty mouth," he argued.

Pocahontas is at it again! Goofy Elizabeth Warren, one of the least productive U.S. Senators, has a nasty mouth. Hope she is V.P. choice.

Of course, Warren finally got off the sidelines of the Democratic primary on Thursday, telling MSNBC's Rachel Maddow that she is finally "ready" to support the former secretary of state. Clinton and Warren are reportedly scheduled to meet in Washington, D.C., Friday:

In response to Trump's day late and wits short tweet, Warren rehashed the political tweet of the week:

Allow the explainers at Vox to explain the burn.