"I predicted it!" Trump said, to which she replied, "everyone can predict there will be another terrorist attack" 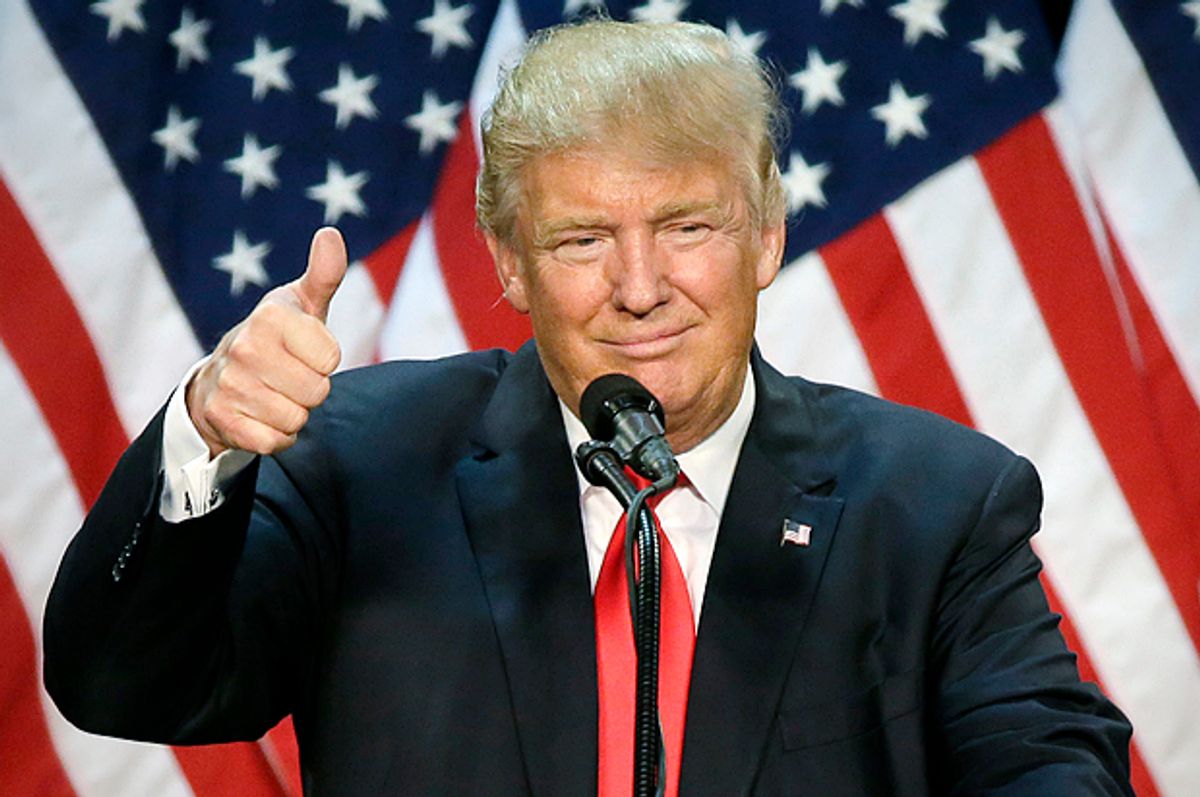 Donald Trump's opportunistic tour of the morning talk shows continued as he appeared on the TODAY and spoke to Savanah Guthrie, who began by asking him about his renewed call for a ban on Muslim immigration even though this suspect was an American citizen.

"Do you have any proposals that would have stopped this particular incident?" she asked.

Trump replied that "we need far better intelligence gathering, we have terrible intelligence gathering right now." He complained that "people aren't reporting people when they see something wrong -- we have mental instability that is through the roof, and the neighbors know it and they understand and they don't report it to the police or the FBI."

Guthrie asked Trump if he would consider banning assault rifles, since "they're a weapon of war, they're not hunting rifles, and they're the weapon of choice for terrorists and those who shoot children and movie theater-goes. Why not ban assault weapons, as Hillary Clinton just called for earlier on this very show?"

Trump responded with the gun rights activist's preferred line, that "there are millions of them already out there, so I absolutely wouldn't [propose a ban] because people need protection..The bad guys will have the assault rifles and the good people will be standing there with a BB gun."

"Can you think of an instance in which a good guy used an assault weapon?" Guthrie asked, but Trump wasn't interested in answering that question, saying only that Clinton "is the wrong person at the wrong time, she's weak and ineffective and would be absolutely the wrong person."

"She wants to bring 500 percent more people into this country from Syria," Trump continued, "and I'm saying we absolutely can't do it, we can't even think about it."

Guthrie asked him about his self-congratulatory tweets on Sunday:

Trump replied that "I'm the one who predicted it, but I don't want the credit." Guthrie pointed out that he's still calling attention to the credit -- and noted that "in fairness, everyone can predict that there will be another terrorist attack."

"I'm not sure that the president knows that!" Trump replied. "He won't even use 'radical Islamic terrorism,' he thinks everyone's a sweetheart!"

He also spoke conspiratorially about whether Obama "really gets it, but doesn't want to know about it," adding that "there are a lot of people who think he really doesn't want to see what is happening -- because Savannah, why isn't he addressing the issue?"