Another moment of silence -- when will we act?: Democrats turn their backs on Paul Ryan's empty gesture for Orlando

One day after the worst shooting massacre in modern U.S. history, House Democrats erupt in protest at GOP inaction 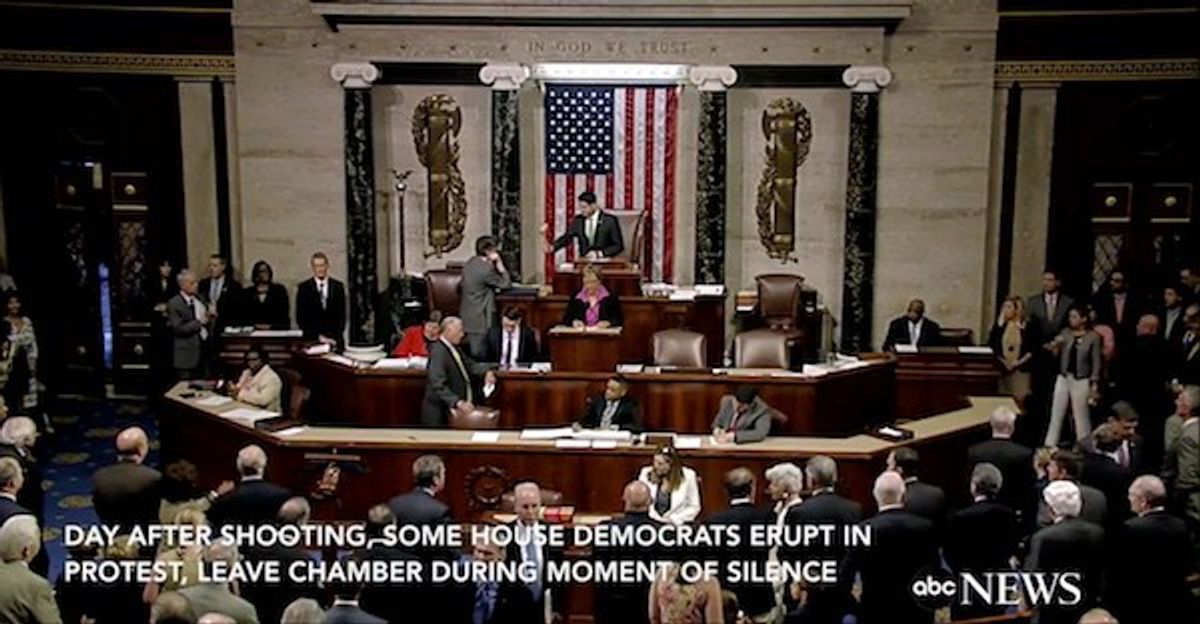 As the House of Representatives attempted to observe yet another moment of silence for the victims of a mass shooting, Democrats erupted in protest at Republicans' refusal to debate any attempts to curb gun violence in the United States.

“The chair asks that the House now observe a moment of silence in memory of the victims of the terrorist attack in Orlando,” House Speaker Paul Ryan said on Monday, one day after the deadliest mass shooting in modern U.S. history.

Led by Connecticut Representative Jim Himes, who earlier in the day called such empty gestures following mass shootings "obnoxious expressions of smug incompetence," several House Democrats walked out of the chamber in the middle of the moment of silence:

House Minority Whip James Clyburn, a Democrat from South Carolina, then asked Ryan for recognition to inquire when bills curbing gun use would be considered ahead of the one-year anniversary of the Charleston church shooting this week.

"I am really concerned that we have just today had a moment of silence and later this week the 17th...," Clyburn began to say. But before Clyburn could finish, Ryan ruled his question out of order and directed the House to move to the next vote. Shouts of protest then erupted from the House floor.

"Where's the bill?" Democrats angrily shouted, before chanting "No leadership!" to the Speaker in unison:

"For us to be silent when these things happen rather than fashioning some legislative response, to me, is just not good,” Clyburn later told reporters.

According to the speaker's office, Clyburn was out of order under House rules and was not making a proper motion or inquiry.

"It's shameful that anyone would try to use a moment of silence honoring victims of a brutal terrorist attack to advance their own political agenda," Ryan spokeswoman AshLee Strong said.

Clyburn wanted the Republican controlled House to consider closing the so-called "Charleston loophole," which is how shooter Dylann Rood was legally allowed to obtain the gun that killed 9 churchgoers nearly one year ago. As it stands now, the FBI performs background checks on gun buyers in South Carolina and if the check isn't denied or completed in three days, the gun seller can still sell the gun to the prospective buyer.

“Members have just had enough of having a moment of silence on the floor and take no action,” House Minority Leader Nancy Pelosi said to reporters after the vote.