Sacramento pastor: Orlando mass shooting victims "deserve what they got" 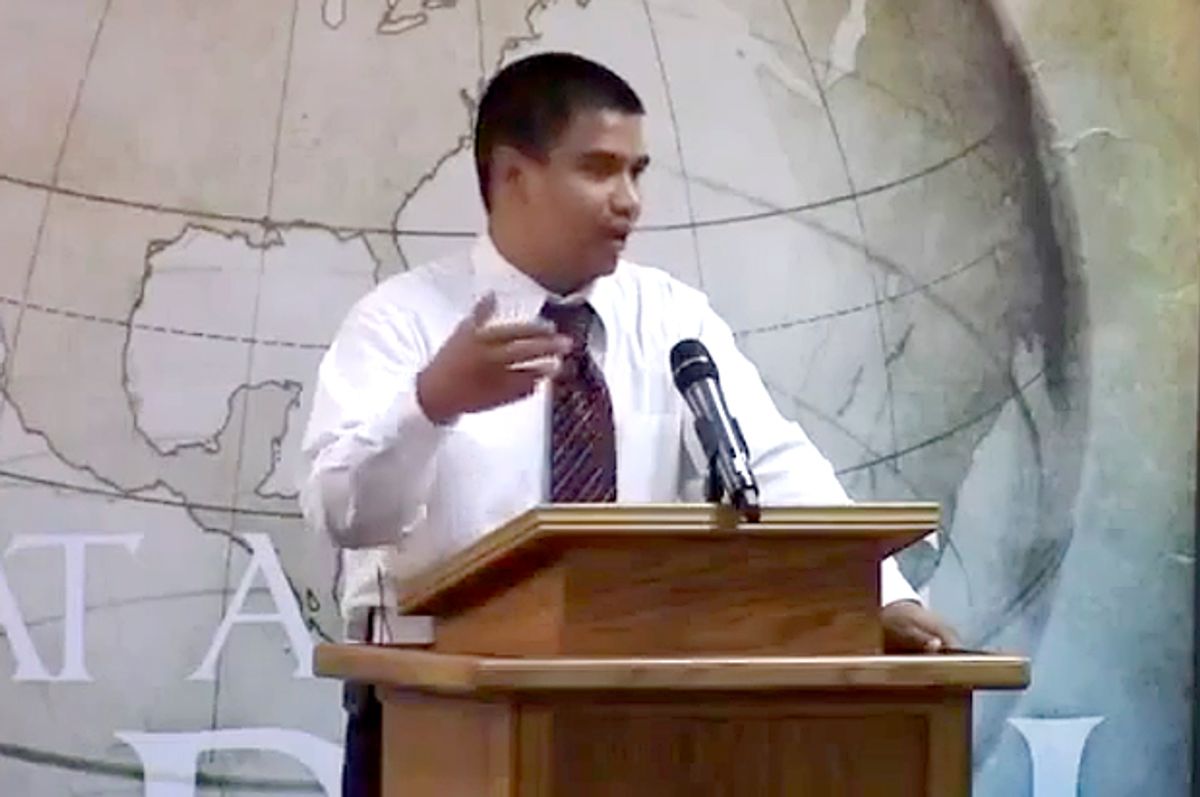 The 49 people massacred at a gay nightclub in Orlando early Sunday morning "deserve what they got," according to Pastor Roger Jimenez of Verity Baptist Church in Sacramento, California.

A YouTube video of Jimenez's Sunday sermon was since removed for violating the platform's hate speech guidelines.

In it, Jimenez reportedly asks his sermon, "Are you sad that 50 pedophiles were killed today?" according to local ABC affiliate KXTV.

"I think that’s great," he said of the shooting. "I think that helps society. I think Orlando, Florida, is a little safer tonight. The tragedy is that more of them didn’t die. The tragedy is I’m kind of upset he didn’t finish the job – because these people are predators. They are abusers."

"I wish the government would round them all up, put them up against a firing wall, put the firing squad in front of them and blow their brains out," he added, referring to LGBT people.