Trump spokeswoman Katrina Pierson defended her boss, saying "there is something going on" with Obama and terrorists 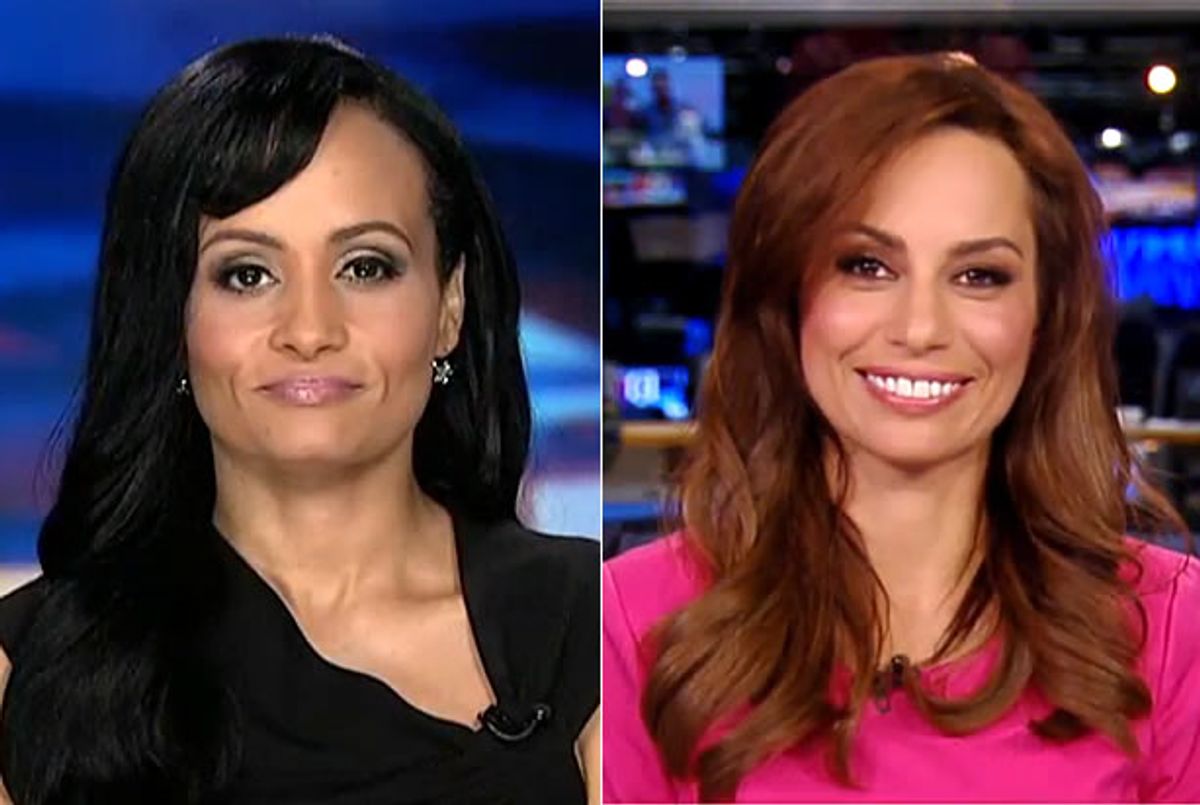 On The Kelly File Monday evening, Fox News contributor Julie Roginsky squared off against Donald Trump spokeswoman Katrina Pierson over her candidate's claim that "there's something going on" vis-a-vis President Barack Obama and his response to Islamic terrorism.

Host Megyn Kelly played a clip of Trump on the TODAY show in which he insinuated that the president is a terrorist sympathizer.

"That is quite a startling statement to make," Roginsky said, "as the presumptive Republican nominee and the man that wants to be the next president."

"This isn't a dog-whistle anymore," she added. "Trump is essentially saying that this president sympathizes with ISIS."

On Facebook, Trump later claimed that he never suggested anything of the sort, and that "the phony Washington Post" was wrong to write the headline "Donald Trump suggests President Obama was involved with Orlando shooting." He then announced that he was revoking The Post's press credentials, which action Roginsky clearly had a problem with.

"This is not the Soviet Union," she said. "I know he admires Vladimir Putin, who banned a tremendous amount of media in Russia. That Donald Trump would want to have that happen here -- we're not Russia -- this can't happen in this country, where you have somebody banning an outlet they don't like."

Kelly noted that The Post later "softened" the headline, editing it to say that Trump merely seemed to "connect" the president to terrorism. Pierson replied that The Post is "a failing enterprise" that sends "four reporters after [Trump] to write hit pieces -- this is what they do to drive traffic, it's called 'clickbait.'"

She further claimed that The Post is still going to report on him, the campaign "simply isn't going to make it easier for them to write horrible pieces like that. To insinuate that Mr. Trump said the president was involved in the Orlando shooting is absurd and offensive."

Pierson quickly pivoted, however, and noted that "Mr. Trump was obviously right," and that "there is something going on" with regards to the president and Islamic extremism.

"Why do we have a president that refuses to talk about the problem?" she asked. "We just had Americans butchered, murdered -- he refuses to acknowledge the radical Islamic extremism here."